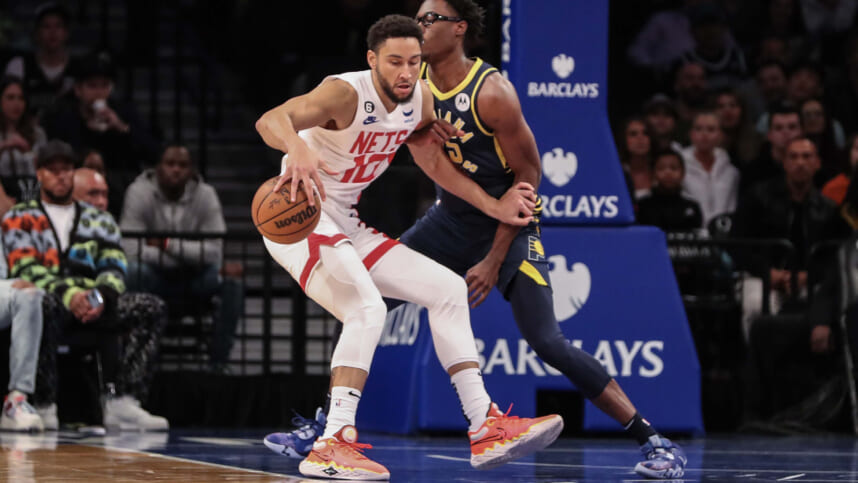 The Brooklyn Nets are still reeling from their embarrassing 125-116 loss at home to the Indiana Pacers and the firestorm created by Kyrie Irving’s promotion of an anti-semitic film.

As if those are not enough, Ben Simmons was added to the injury list as questionable to play in Monday night’s rematch with the Pacers.

The Nets said Simmons has been dealing with left knee soreness that could sideline him along with Seth Curry, who missed all of his five attempts in his season debut against the Pacers.

Curry is on load management after recovering from ankle surgery.

But the biggest question mark is Simmons, who has struggled since his return from a 470-day layoff due to mental health issues and back problems. Simmons is averaging 6.2 points, 7.2 assists, 6.5 rebounds, and 1.2 steals while shooting a career-low 44 percent on 5.7 attempts, both career-lows.

Simmons was expected to anchor their defense. But he has a lot to cover with two inexperienced bigs in Nic Claxton and Day’Ron Sharpe and superstars who are not known for defense, chiefly playing with him.

If Simmons is a no-go, expect the Nets to lean on Markieff Morris, Sharpe and Yuta Watanabe to fill up his absence.