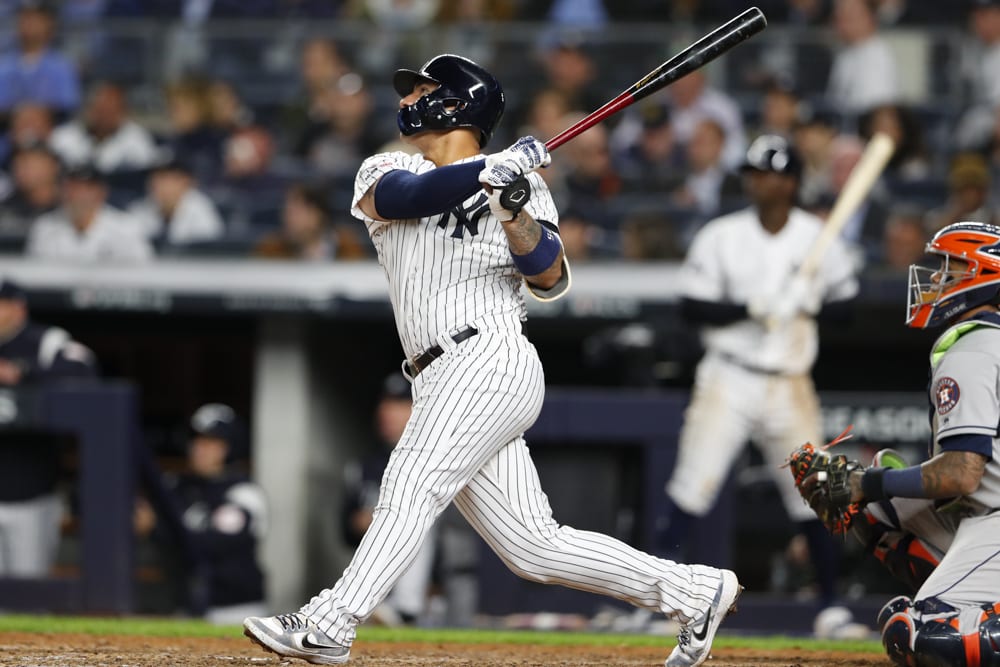 How This Directly Effects the Yankees

Well, for a pretty obvious reason. The New York Yankees no longer have to contend with Mookie Betts or Price. Gary Sanchez has absolutely raked against Price his entire career. And with Price formerly a Ray, and Blue Jay, before coming to Boston, the team has been able to scout him pretty well. Yes, Price will put up a good start here and there vs. the Yanks, but the Yankees will still miss the guy who gave up Jeter’s 3,000 hits. And Mookie? Well, who’d want that guy facing off against your teams 3 times a game, 20-30 games a season?

How This Indirecty Effects the Yankees

The Dodgers have been the perennial favorites to win not only the NL West but the NL pennant as well. And they’ve continually come up just short. They had to do something to account for Ryu’s departure to Toronto, and to pick up a bat-like Betts to boot? That’s just a gift. Especially when the Sox are just getting prospects from the Dodgers AND Twins.

No matter what Kershaw’s bugaboo in the postseason is, this puts up a 1, 2, 3, in the Dodgers rotation of Kershaw, Price, and Buhler, with Price winning his first championship against the Dodgers just 2 years ago. Should the Dodgers once again make it to October, he will be the rock that anchors the team. They are the favorites now to go head to head with the boys from the Bronx. With a rematch of the 1981 World Series potentially in store for 2020, who wouldn’t get excited? 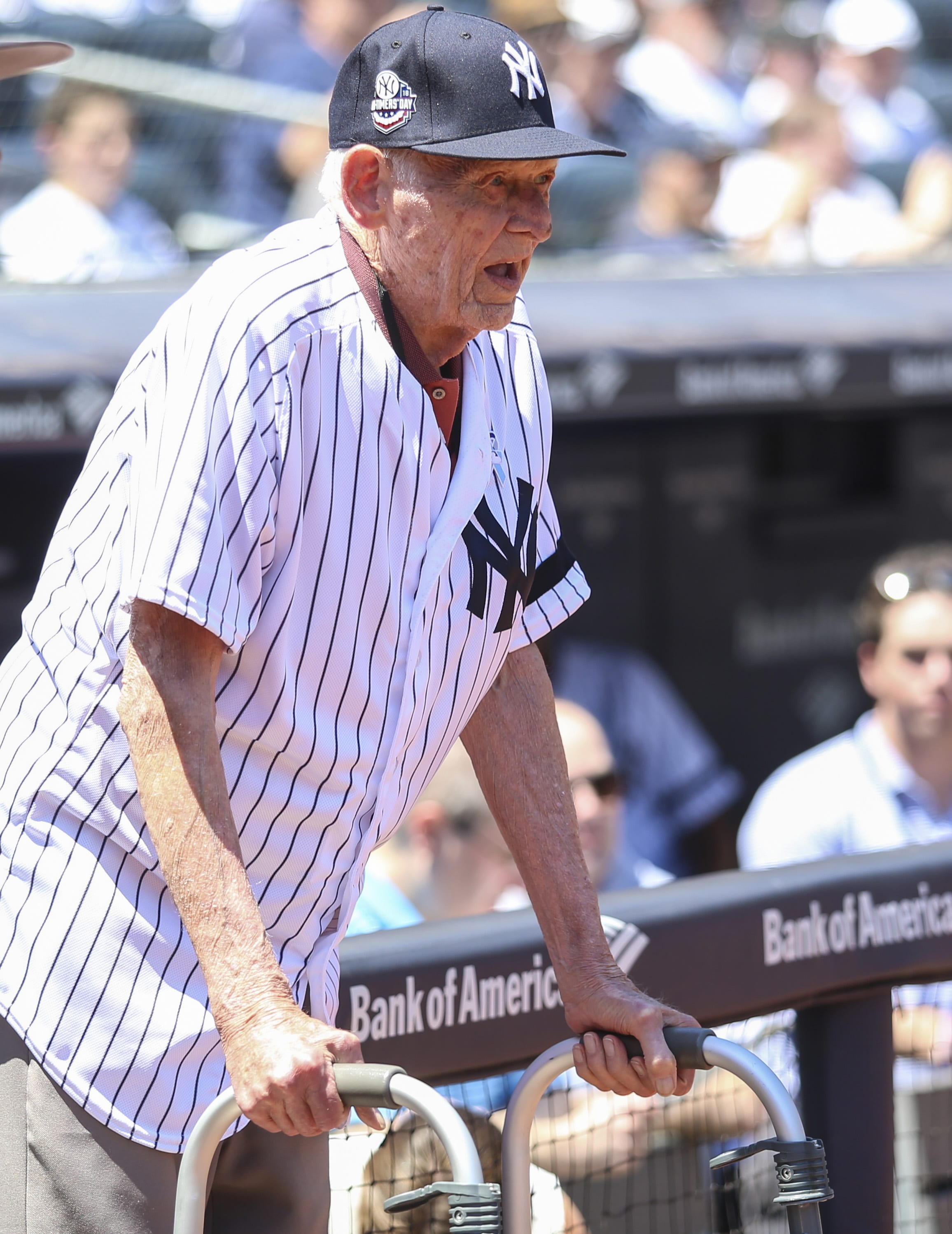 In 24 hours since Gerrit Cole announced the birth of his child, the Yankees lost a member of their historic family. Don Larsen, the only man in World Series history to throw a perfect game, passed away at the age of 90.

The Funny Thing About Baseball

All you have to do is look around. By pitching the first, and so far only, a perfect game in the World Series, Larsen is an icon in not just the baseball community, but a storied member of the Yankees from the ’50s. Yogi Berra leaping into Larsen’s arms after the 97th and final pitch of his perfect game is one for the record books.

But in a day and age where so much emphasis is placed on advanced metrics and analytics, Larsen proves that statistical analysis isn’t the best way to navigate a short, postseason series. Because Don Larsen was terrible as a starting pitcher… in the regular season.

The man has a career record of 10 games under .500, with a WAR of less than 20, who was forced into a reliever position while still in his prime as a starter. His career WHIP of 1.400 is pretty lackluster, and he ended up on 7 different teams.

But that all changed come the postseason. Sure, he got chased early in game 2 of the 56 series, but he’d come back to win the series MVP, if only because of the perfect game he through in game 5. A career 4-2 postseason record, with a dazzling 2.75 ERA, 24 strikeouts over 24 innings, 11 earned runs (vs 16 runs allowed so that’s not quite as impressive), and a much improved 1.194 WHIP, this man saved his legacy based on him in the playoffs alone. And these are all World Series numbers. This is BEFORE the Championship Series was devised.

The man, for lack of a better comparison, was the 50’s equivalent of Madison Bumgarner’s 10-14 World Series dominance.

And then he was traded to Kansas City in 1960 for another part-time Yankee great. His name was Roger Marris.

My condolences to the Larsen family for their loss. And while this guy may have underperformed in the regular season, he’d be in my starting 5 come October any day of the week.

For just the second time since the 1910’s, the New York Yankees failed to win a World Series during a decade. The team won their first World Series in 1923, and the only other decade where they didn’t win one was the 1980’s.

In 2009, the team won their 27th ring, also in the inaugural season of the new Yankee Stadium. The 10 years following resulted in some success, just no World Series.

In 2010, the team swept the Minnesota Twins for the second consecutive year in the ALDS before falling to the Texas Rangers in the ALCS. A year later, the team lost their ALDS series to the Detroit Tigers in five games.

Come 2012, the Yankees beat the Orioles in five games in the ALDS before being manhandled by the Tigers in a four game sweep. That was when Derek Jeter broke his ankle in game one, the series spiraling downhill from there.

The next two years were rough for the Yankees. Guys were getting older and battling injuries. Mariano Rivera retired in 2013 and Jeter retired in 2014.

With a bit of a younger team in 2015, the team qualified for the AL Wild Card game but lost to the Houston Astros 3-0.

The Yankees seemed to get a bit older again in 2016, and ended up going into a mini-rebuild and selling at the trade deadline. They shipped off guys like Aroldis Chapman and Andrew Miller for prospects.

In 2017, the Yankees shocked all of baseball and qualified for the Wild Card game in a year where they were expected to go about .500. The team was young and very inexperienced, but that didn’t seem to matter.

They won the Wild Card game, and had an incredible comeback against the Cleveland Indians in the ALDS. They were down 2-0, but proceeded to win the next three games to advance to the ALCS against the Astros.

Against the Astros, the team went down 2-0 but won all three games in New York to take a 3-2 series lead. However, the Astros won games six and seven to eliminate the Yankees.

Now enter 2019, the last chance to win a World Series this decade. Despite their best record in 10 years, they failed again to get past the Astros in the ALCS following an ALDS sweep of the Twins.

Turning the page to 2020 and a new decade, the Yankees are hoping to win a few rings to make up for lost time.