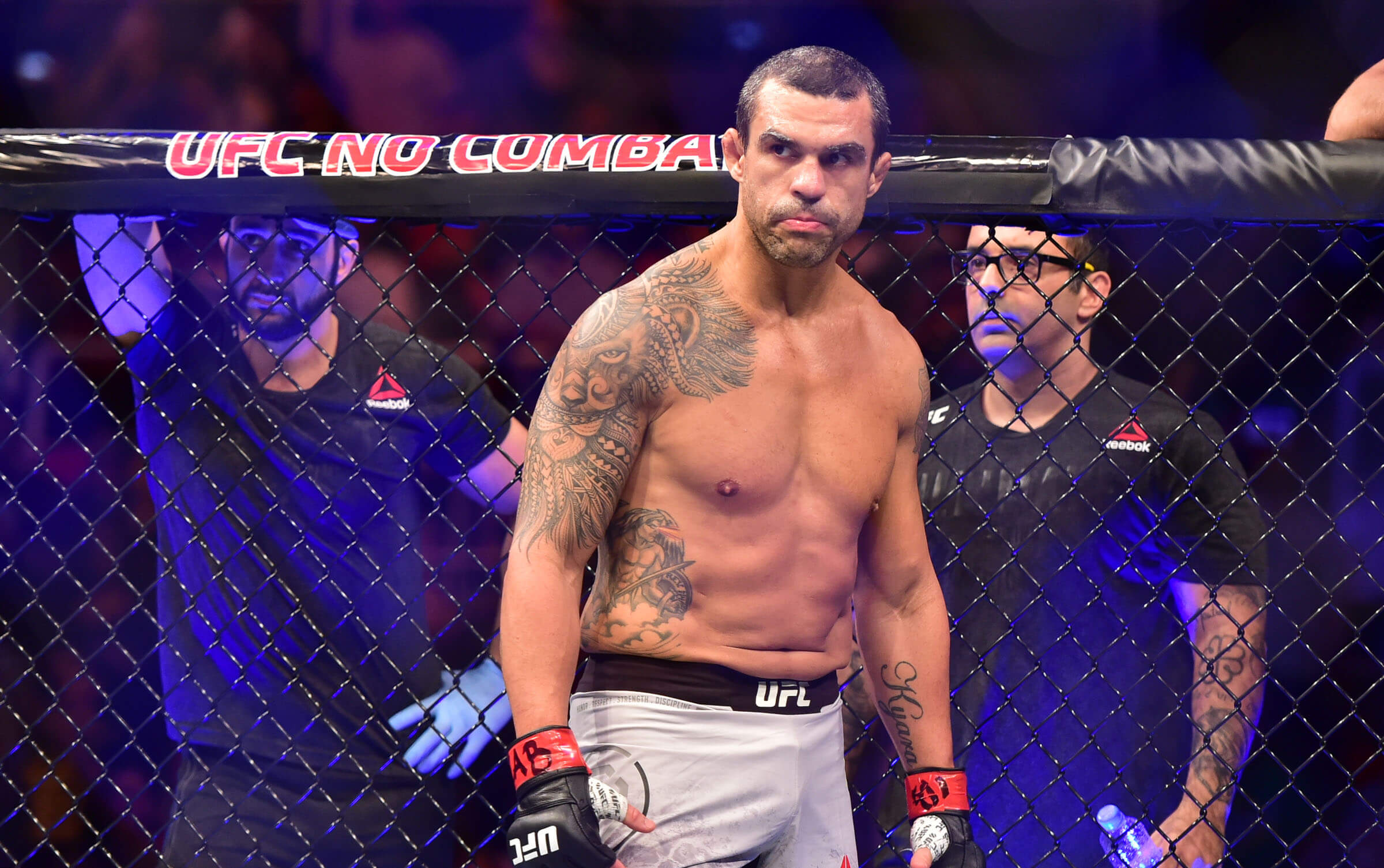 Last weekend at a Triller boxing event, we saw the return of former UFC champion Vitor Belfort (26-14). Belfort was making the transition to boxing after his career in MMA that saw him capture UFC titles in two different weight classes.

Holyfield hadn’t been in a ring for over a decade and came into the bout at 58 years old. While Belfort is certainly past his prime, the former UFC champion is still capable of competing with younger guys in combat sports.

This freak show fight ended in the first round. It was clear that Holyfield had the reflexes of someone who was getting ready to turn 60 years old. Belfort overwhelmed him with speed and picked up the TKO win in the boxing exhibition.

Does Belfort have a boxing career ahead of him?

After the victory, Belfort made it clear that he wants to continue boxing now that his MMA career is over. Some people have thrown out the fight with Oscar De La Hoya as a possibility once The Golden Boy has fully recovered.

The former boxing champion has said that he wants to return to the ring by the end of the year. However, I’m not sure he’s going to be itching to fight Belfort after seeing the way Belfort looked in the ring.

Yes, it was against an ancient Evander Holyfield, but Belfort still had good speed and looked comfortable in the boxing ring. Other possibilities that have been thrown out are matches with the Paul brothers. Wouldn’t be shocked at all to see Belfort appear as an option for Jake Paul.

However, I don’t think that’s likely either. One interesting opponent could be Anderson Silva. Silva also appeared on the card knocking out Tito Ortiz in the first round. These two fought for the UFC middleweight title years ago with Silva picking up the knockout win. Perhaps these two could run things back in boxing.