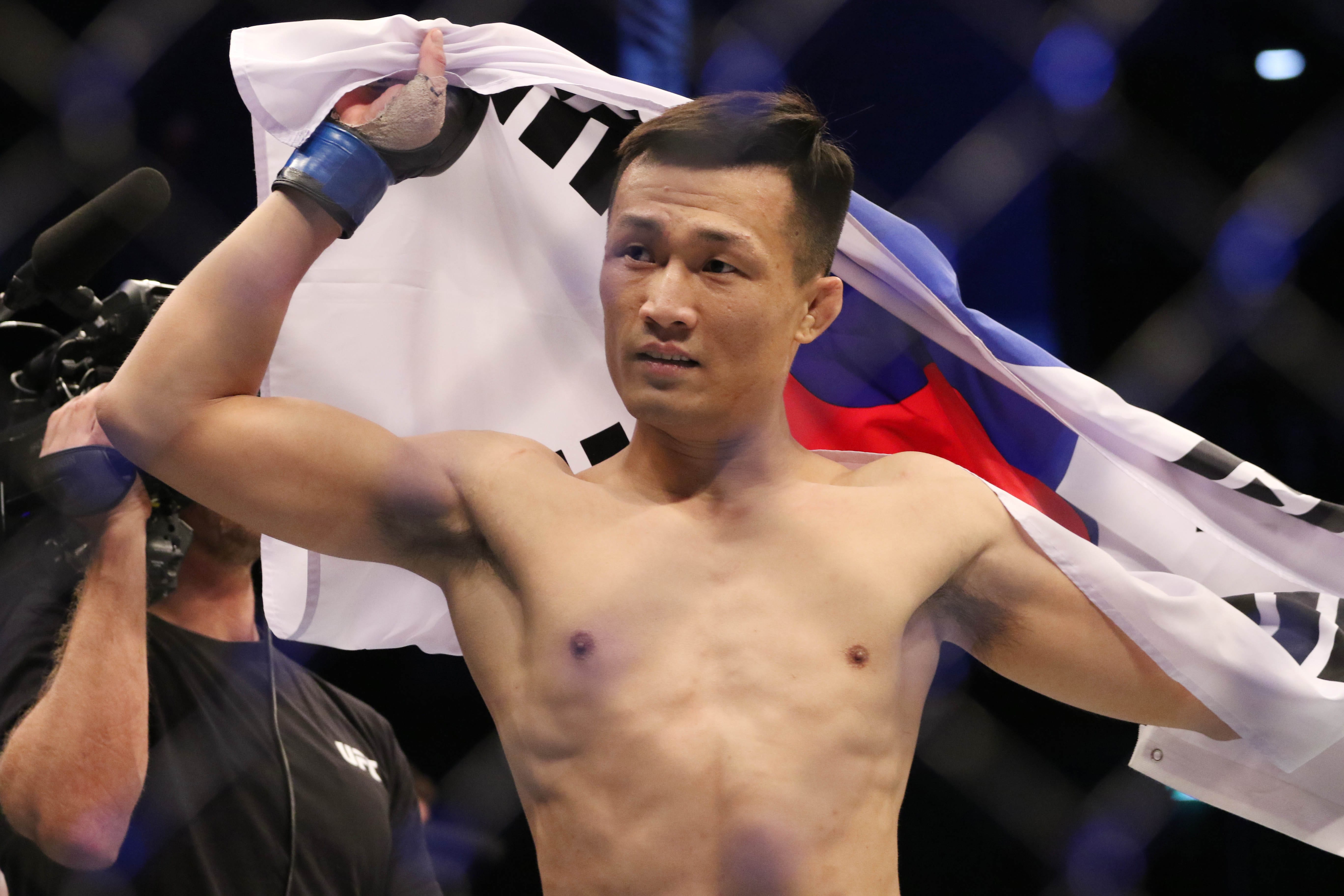 The UFC might not have any fights today, but that isn’t keeping them out of the news. ESPN’s Brett Okamoto was the first to report today that the promotion has finalized a headliner between Chan Sung Jung (16-6) and Dan Ige (15-3).

The matchup of the top ten UFC featherweights will headliner a Fight Night on June 19th. The promotion also finalized the Fight Night main event for the following week featuring heavyweights Ciryl Gane and Alexander Volkov.

A matchup against The Korean Zombie is exactly what Dan Ige has been asking the UFC for. Ige just knocked out Gavin Tucker in seconds a few weeks ago and immediately called for a fight with TKZ.

Dan Ige is now 7-1 in his last eight UFC appearances with the lone loss coming to Calvin Kattar. Ige has been wanting another shot at the division’s elite to show that he can compete for a title.

Well, it doesn’t get much more elite than the Zombie. This is going to be a big test for Dan Ige and if he’s able to pull it off, expect him to get a potential title eliminator at 145 in his next UFC matchup.

Last October, Chan Sung Jung found himself in a title eliminator against Brian Ortega. Had TKZ won that fight, he would have earned a shot against the UFC featherweight champion, Alexander Volkanovksi.

Due to Ortega’s inactivity, The Zombie was the favorite heading into the matchup. However, Brian Ortega dominated the fight and Jung suffered his first loss in the octagon since 2018.

Now, TKZ is looking to get back on track and start marching towards the featherweight title. That journey starts at the UFC Fight Night on June 19th. If Jung is able to defeat Ige, he will likely be right back in the title picture. This is a huge matchup for the featherweight division. 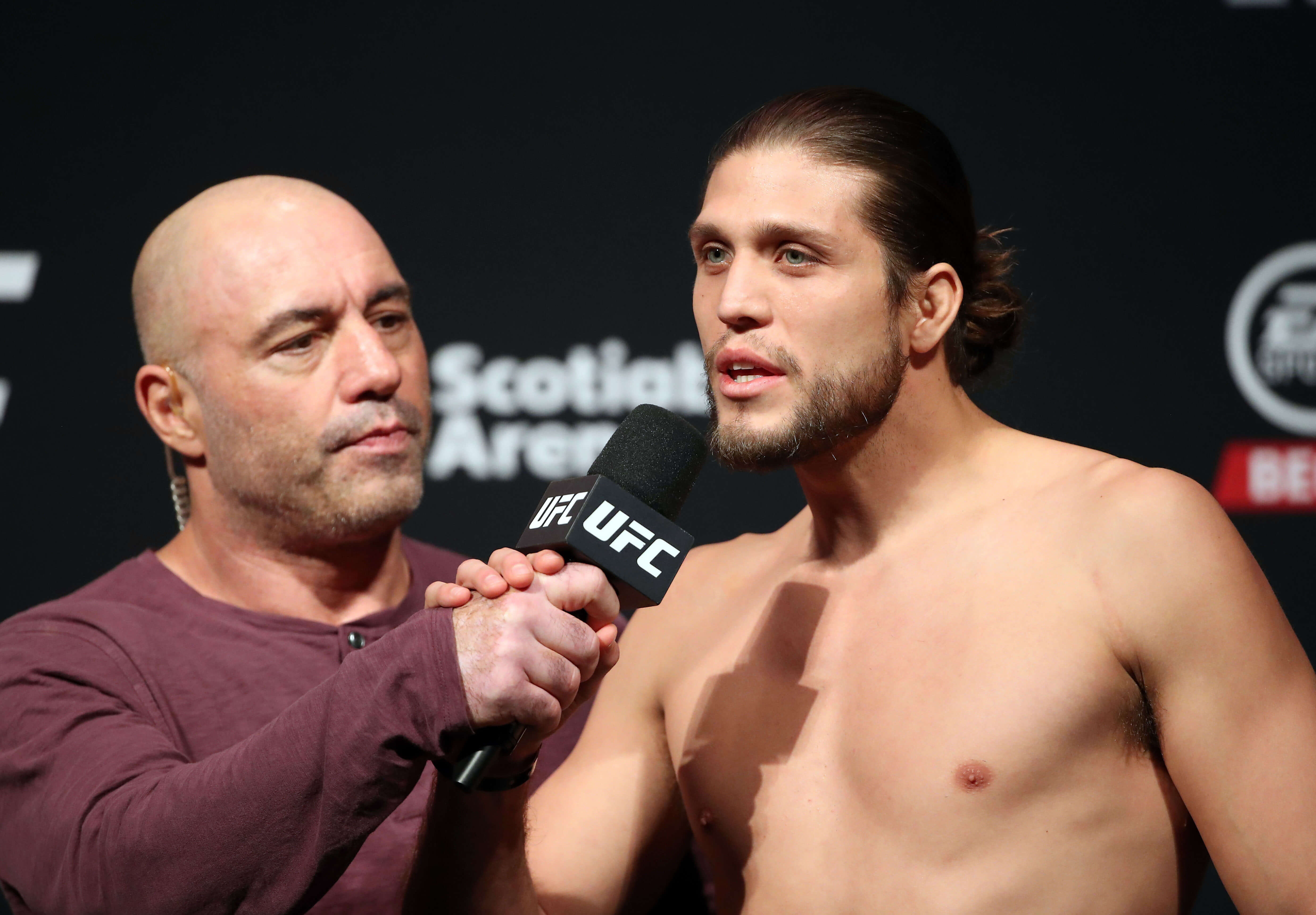 This past Saturday at UFC Fight Island 6, we saw a new and improved Brian Ortega (15-1, 1 NC). Ortega hadn’t fought in nearly two years, and I figured he might be a little rusty. His opponent Chan Sung Jung (16-6) appeared to be the favorite entering Saturday.

Ortega has always been known for his slick skills on the ground. His guillotine chokes are legendary. However, his striking always seemed to be lacking behind. He showed promise in that area especially when he knocked out former UFC champion, Frankie Edgar.

However, most believed that a standup fight would favor the Korean Zombie on Saturday. What we saw at UFC Fight Island 6 was the complete transformation and evolution of T-City. Brian Ortega looked like a world beater on Saturday night.

From the opening bell, Ortega controlled the striking. With leg kicks from the outside and crisp shots down the middle, Ortega never allowed TKZ to get comfortable. When the Zombie charged forward in round two, he was met with a spinning elbow that floored him.

Ortega completely dominated the fight from the opening bell to the closing bell. I figured if the fight remained standing, the Zombie would have a big advantage. However, Ortega proved me and all of his doubters wrong on his way to securing a UFC title shot.

Finally we have some direction in this division, get in there and take that #1 spot….that’s all I wanted!! #ufcfightisland6

Clarity in the UFC’s featherweight division

The UFC‘s featherweight division has been in a little bit of a limbo state over the last few months. The champion, Alexander Volkanovski, just defeated Max Holloway for the second time back at UFC 251. Holloway had earned an immediate rematch after losing the title in December.

The fight was razor close, however, the judges gave the nod to the current UFC champion. With those two having fought back-to-back, there needed to be a new top contender. The UFC booked two fights that could produce a number one contender.

Due to injuries, the only fight that came to fruition occurred at UFC Fight Island 6. Brian Ortega is the new number one contender in the featherweight division, and he’s going to pose some problems for Alexander Volkanovski with the way he looks now.

The Korean Zombie is one of the more popular fighters in the UFC‘s featherweight division. His dynamic striking and power along with his incredible heart make him a fan favorite. However, he didn’t show off what makes him special this past Saturday.

At UFC Fight Island 6, Chan Sung Jung (16-6) really struggled in his fight against Brian Ortega (15-1, 1 NC). Ortega had been out of the cage for nearly two years while the Zombie had been relatively active last fighting in December.

However, it looked like Jung was the fighter who had been inactive. All night long, Jung stayed on the outside and didn’t appear aggressive. Ortega used his improved striking to just pick apart Chan Sung Jung from the outside. Jung was even dropped twice.

In the end, the judges gave the shutout victory to Ortega at UFC Fight Island 6. A fight that was billed to be a war ended up being a largely one-sided affair. It was a big disappointment for the Korean Zombie. So what’s next for Chan Sung Jung inside the octagon.

What does the UFC do with TKZ?

Losing to the top contender in the division doesn’t set Jung back to far. However, it is disappointing as Jung was hoping to secure a UFC title shot with his victory. The one-sided nature of the loss will cause him to have to put together a string of wins to get back into the title picture.

In looking at the UFC‘s featherweight division, I think a decent next option could be a matchup with Josh Emmett (16-2). Emmett has won three straight and five out of his last six to get to the seventh ranking in the division.

Emmett is coming off of a bad knee injury, but he recently started resuming training. Jung didn’t appear to have any serious injuries, but it will take him a bit to recover from the loss. I think pairing these two could be a very good option for the UFC.