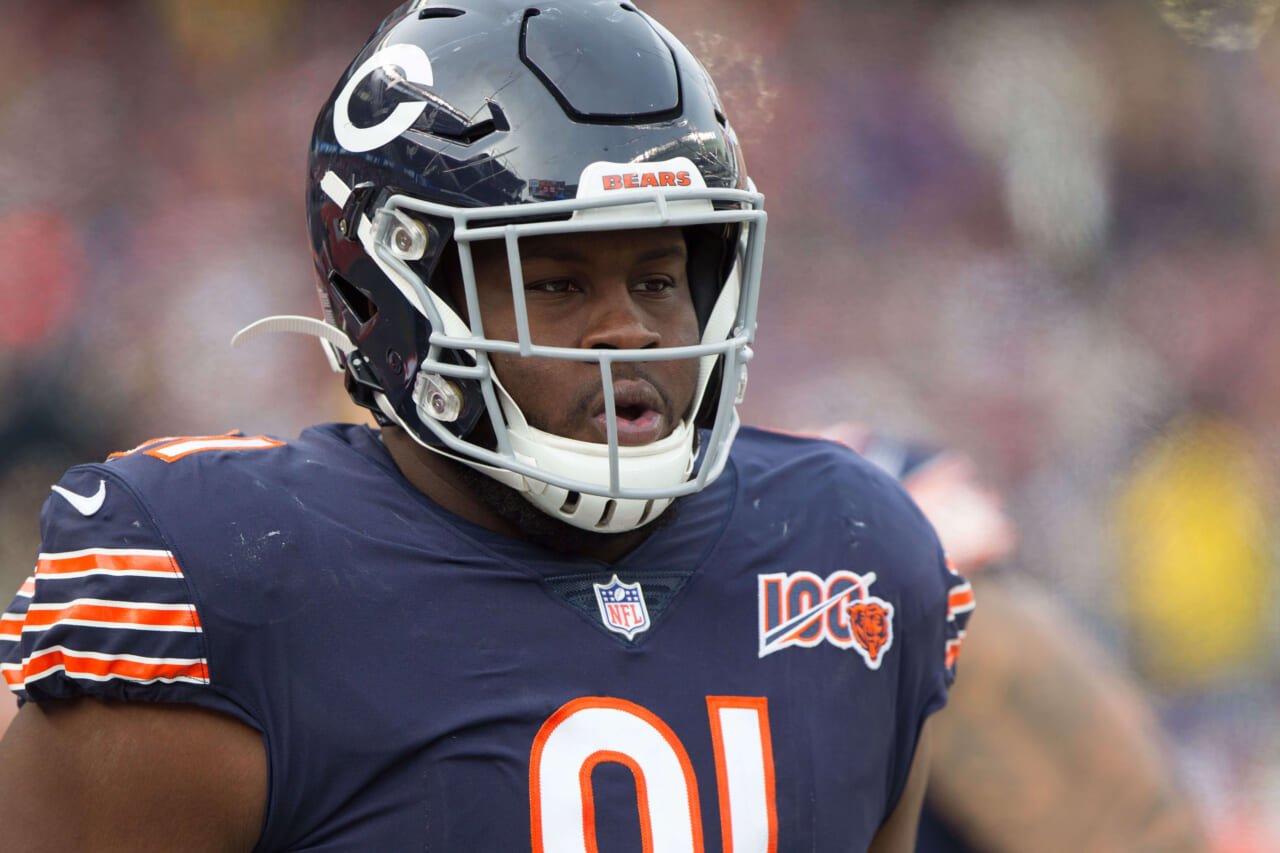 Moving on from Goldman and Cohen brings signals, even more, change for the Bears organization. The Bears are now Poles team and the serious yet stoic 36-year old GM is fit to do whatever he pleases with the Bears roster. Chicago will now look forward to an offseason that will be more about building the foundation for years to come, rather than trying to compete in 2022.

Cohen, a 2017 fourth-round pick missed the entire 2021 season after rehabbing a torn ACL that he sustained returning a punt during week three of the 2020 season in a road game against the Atlanta Falcons. The move will save the Bears roughly $2.2M in cap space but incur a dead cap charge of $3.5M for the 2022 offseason. His career in Chicago comes to an end after 22 starts, 1575 receiving yards, and 13 total touchdowns.

Goldman, a 2015 second-round pick and the third longest-tenured Bears entering the 2021 season, opted out of the 2020 season due to COVID-19. When Goldman returned to the team in 2021, there was uncertainty about whether or not he would play but would end up starting 10 games in 2021. His time with the Bears finishes after seven seasons, starting 73 total games.

As the Bears get ready to rebuild the roster, Poles’ message is clear by moving on from Goldman and Cohen. The Bears aren’t expected to be competitive in 2022 and the franchise is already looking ahead to 2023, with the vision being to build around second-year quarterback Justin Fields. 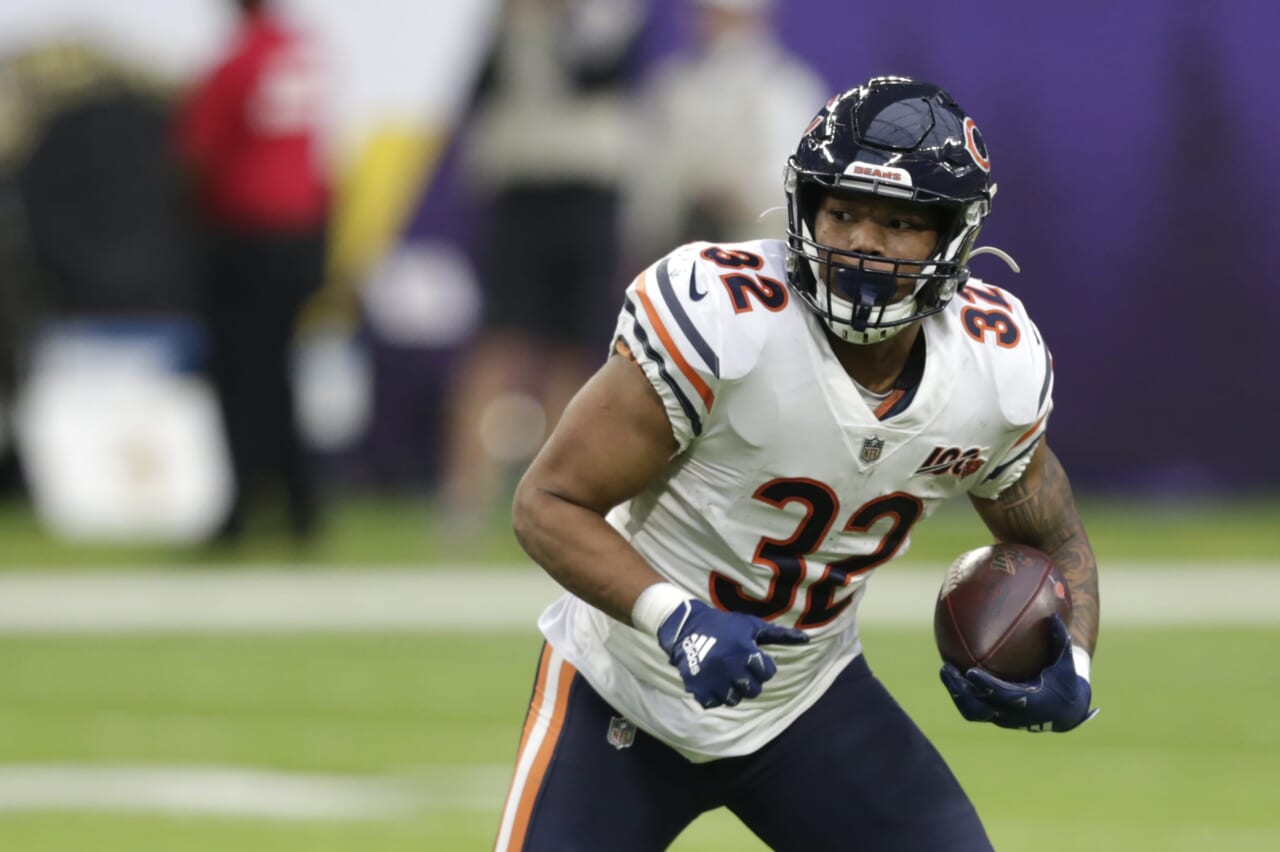 When the Chicago Bears report to Halas Hall for training camp, running back will be an important position to keep an eye on. Workhorse David Montgomery will lead the way, while fifth-year veteran Tarik Cohen returns from a torn ACL sustained in 2020. Damien Williams will provide some quality veteran depth, especially after having played in an offensive system similar to the Bears while with the Kansas City Chiefs for two seasons in 2018 and 2019.Â Khalil Hebert, Artavis Pierce, Ryan Nall, and C.J. Marable will provide depth, making running back one of the deepest positions on the roster.

How good Chicago’s running backs can be will hinge on how quickly the offensive line gels, potentially setting the stage to be one of the NFL’s best running back rooms this year. Montgomery returns fully healthy, looking to take another step forward, realizing his true potential as a dual-threat running back.

Halfway through the 2020 season, Chicago’s offensive philosophy changed, becoming a pass-first offense over a seven-week span. The Bears failed to rush for 100 or more yards in this same time span, before making a switch at quarterback, which allowed the running game to flourish.

â€œBiggest thing for me that clicked, just the mentality for everybody,â€ Montgomery said. â€œWe all just trusted in each other. We believed that something was going to work. Itâ€™s embracing the role that is meant for me, whatever that may be. I think I could have done better for my guys around me.â€

Montgomery will lead the way but the Bears will have plenty of contributions from Cohen and Williams, two players who provide additional value in the passing game, allowing head coach Matt Nagy to get creative with matchups.

As Chicago continues to prepare for the 2021 season, running back is a positional group where the potential is unlimited, generating plenty of excitement.

The Chicago Bears will begin training camp at Halas Hall in just over two weeks and one position that can be labeled as the best on the team is running back. Featuring workhorse running back David Montgomery and complementary pieces in Tarik Cohen and Damien Williams. Depth also exists with players like Artavis Pierce, Ryan Nall, C.J. Marable, and Khalil Herbert, giving the Bears multiple players with a dual-threat skillset.

As Chicago continues to prepare for the 2021 NFL season, let’s get into three questions regarding the running back position.

As Montgomery enters year three, Chicago’s revamped offensive line should allow for him to see an increase in production with 2000 yards from scrimmage being a reasonable expectation. Montgomery clearly has high expectations of himself, looking to become one of the NFL’s best running backs, joining names like Christian McCaffery, Saquon Barkley, and Alvin Kamara.

If Montgomery takes the next step forward, he’ll be eligible for a contract extension next offseason but to have a breakout season, Chicago also needs to continue feeding Montgomery and using his dual-threat skillset to the fullest advantage.

2) How much do Cohen and Williams open up the offense?

Chicago added Williams this offseason and with Cohen returning, the Bears will be able to run multiple plays featuring two-back sets. Both players have shown the ability to be dual-threat playmakers, impacting Chicago’s running and passing attack.

Cohen and Williams will also allow Nagy to get creative in terms of playcalling, while providing quarterbacks Andy Dalton and Justin Fields with mismatches against linebackers, freeing up wide receivers Allen Robinson and Darnell Mooney for additional deep throws.

3) Is Khalil Herbert being slept on?

Chicago drafted Herbert with the 217th overall pick in the 2021 NFL Draft. During his lone season at Virginia Tech, Herbert averaged nearly 27 yards per return, showcasing the ability to be an electric player on special teams.

â€œThey really want me to come in here and learn as much as I can,â€Â Herbert said via the Bears official Youtube page. â€œEstablish a role on special teams, theyâ€™re really big on that. Getting in my playbook, learning as much as I can to help contribute to the team in some way or formâ€.

Herbert should carve out a role on special teams, giving the Bears a long-term option as a returner but he should be given opportunities to impact Chicago’s running and passing game throughout his rookie season. 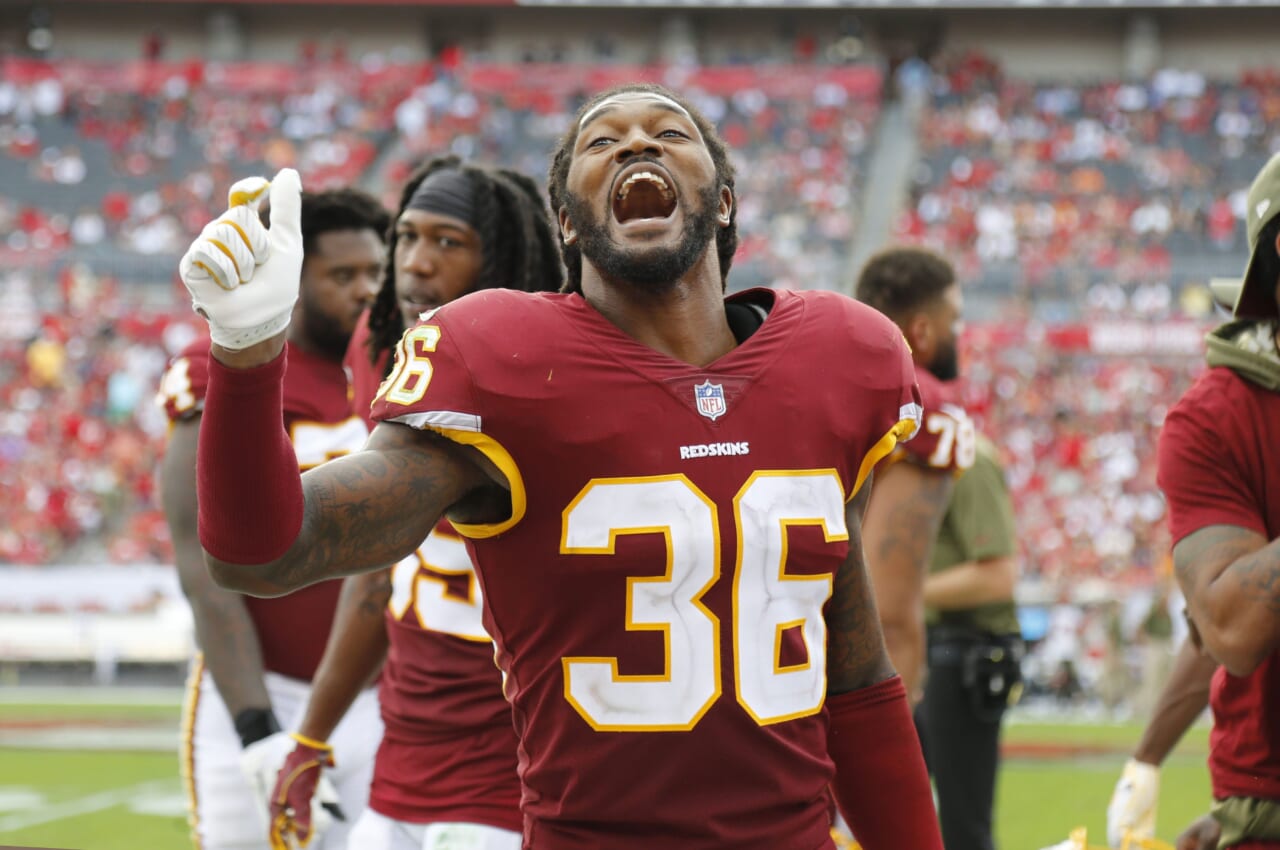