The New York Knicks need a lot more than just a new team president and “re-brand.”  Well, the team doesn’t need a “re-brand” at all.  The Knicks are currently valued at 4.6 billion, the most expensive team in the league.  The brand is doing just fine.

This season Knicks continue to be a roller-coaster.  After a 4-game win steak, fans were thinking playoffs.  Then after a miserable performance against the Wizards, the playoffs float away.

A new team president would help over a “re-brand.”  Bringing in a new team president will give the Knicks the opportunity to start fresh and target new free-agents.  Can Leon Rose be that guy once he takes over?  That’s still up for debate but we hope.

When Rose takes over, the Knicks need to hope that he can bring in free-agents or players that can change the course of the franchise.  The Knicks need players like Amar’e Stoudemire and Carmelo Anthony.

Those two players were the only two that had the drive and determination to try and resurrect the New York Knicks.  Most likely the Knicks will have to build through the draft.  But, getting some free-agents, or through trades, would also help.

Players say that they want to come to New York because it’s the ‘Mecca’ of basketball, which it is.  However, when players come fans will get excited but those players don’t have that ‘it’ factor.  Stoudemire and Anthony had the ‘it’ factor.  They changed the course of the Knicks for the better and while it was only a short time, they did.

If the Knicks want turn around their franchise they need players like those two.  Yes, a team president will help get those players, but the players are the one’s who perform on the court.  Kevin Durant and Kyrie Irving were suppose to be the next two and look how that worked out.

The Knicks needs to find their next Stoudemire and Anthony, wherever and however that may be.  Otherwise, it’s going to be another long decade. 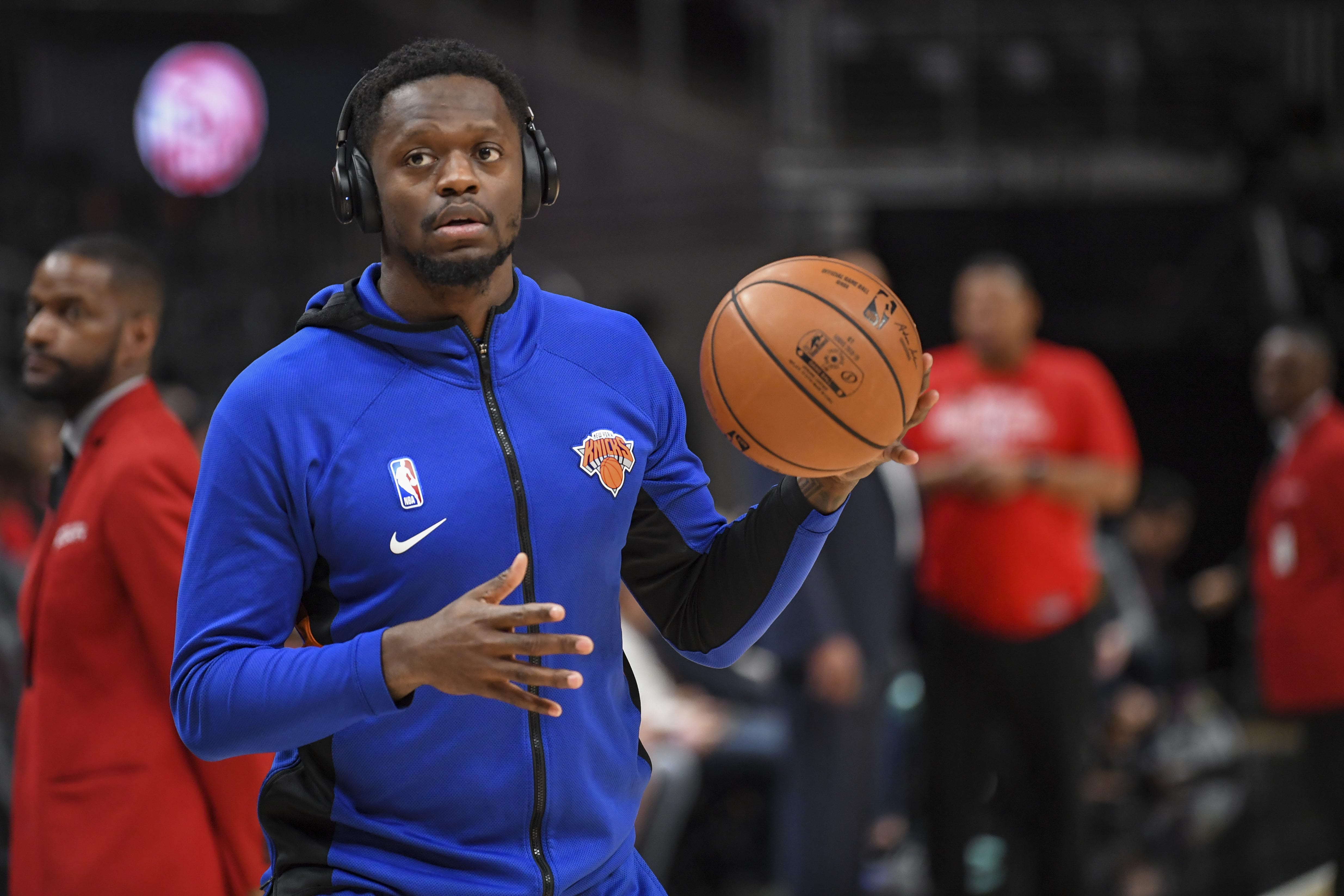 The New York Knicks were playing very well the last 5 games.  Even despite the double OT loss against the Atlanta Hawks, they still performed better than they have earlier on this season.

During that streak, the one thing that Knicks fans love to do is to overreact.  When the Knicks won 4 out 5, fans began to think that Mike Miller might be onto something.  Everything was starting to take shape sort of how they thought the season would’ve began.  Fans even threw the ‘P-word’ out there, playoffs.

But, just when you think the Knicks might be turning the corner on their season, they take a step back.  Bradley Beal didn’t help by pouring in 30 points in a 114-96 Wizards victory.  He was making a statement after being snuffed from the All-Star game, and of course it’s against the Knicks.

This lose came after the news that William ‘Worldwide Wes’ Wesley wouldn’t being joining Leon Rose when he takes over as the new team president.  Not only that, but after Steve Stoute went on First Take speaking on behalf of the Knicks.  For what it’s worth, what Stoute said was speaking the truth.

However, thinking that the Knicks could make a playoff push was definitely a stretch.  Getting too excited about what way the team plays always seems to backfire.  It’s either that or the Wizards just have the Knicks number.

Just yesterday Julius Randle said that Knicks have “good confidence” and are “playing hard” which they were, until last night.  Any hope the New York Knicks might have had about the playoffs went out the window last night.

The Knicks continue to be so frustrating and inconsistent, per usual.  But, they’re very consistent at getting the fans hopes up. 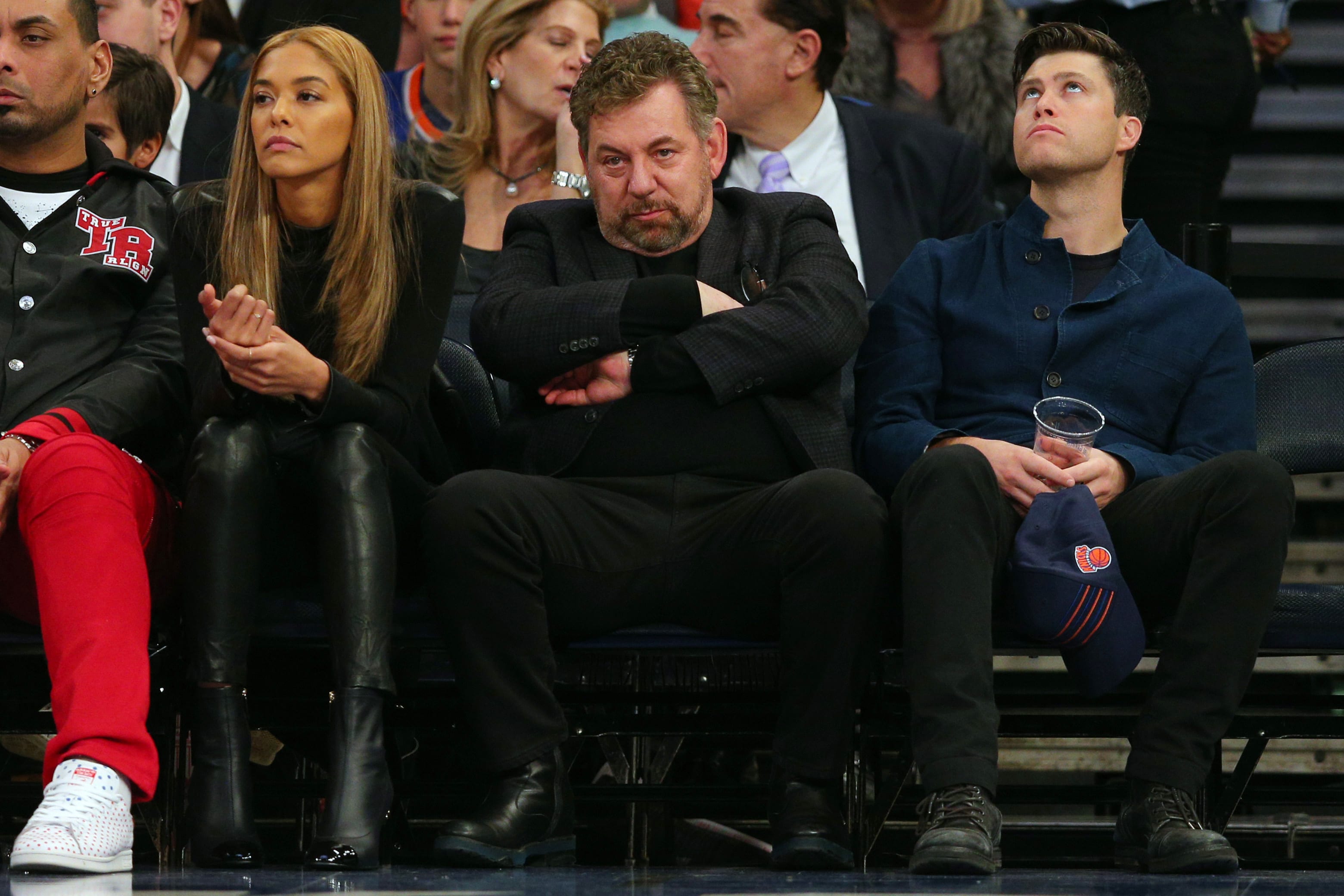 The New York Knicks need a change.  A change for the better.  With all of the commotion of the trade deadline, the Knicks have begun to make that change.

The Knicks will bring in CAA agent Leon Rose as the team’s next president.  Before that news broke, the organization hired Steve Stoute, a music executive and the founder of the ad agency Translation.  Stoute will help ‘re-brand’ the Knicks.  The team doesn’t need a re-brand.  They’re still one of the biggest names in the league but the way things have been going, anything helps.

With those two exciting hires for the Knicks, there could be one more looming.  Incoming team president, Leon Rose, reportedly wants to bring back one of the most beloved Knick coaches.  Jeff Van Gundy.  While this is just a rumor for now, it would be the best case scenario for the team.

Those three individuals could change the course completely for the New York Knicks.  While it won’t be quick or easy but the organization can’t get any worse.

All three are very well-respected which is something they Knicks haven’t had in a while.  Well, David Fizdale was and still is respected around the league he was a little to buddy-buddy with his players.  He even admitted yesterday his flaws when leading the Knicks.

Rose, Stoute and Van Gundy gained recognition in their own way whether that’s through music, agent-player relationships or coaching.  Whatever it may be the Knicks needs a lot of fresh new voices and these could be them.

Bringing back Van Gundy would take a lot.  There’s always been rumors of him returning to coaching especially to the Knicks but, again, they’re all rumors.  He has one of the best gigs going currently being the lead calling games and he’s very good at it.  The stress of bringing the Knicks back to life would take a pretty penny.  However, Rose and ‘World Wide Wes’ might do whatever it takes. 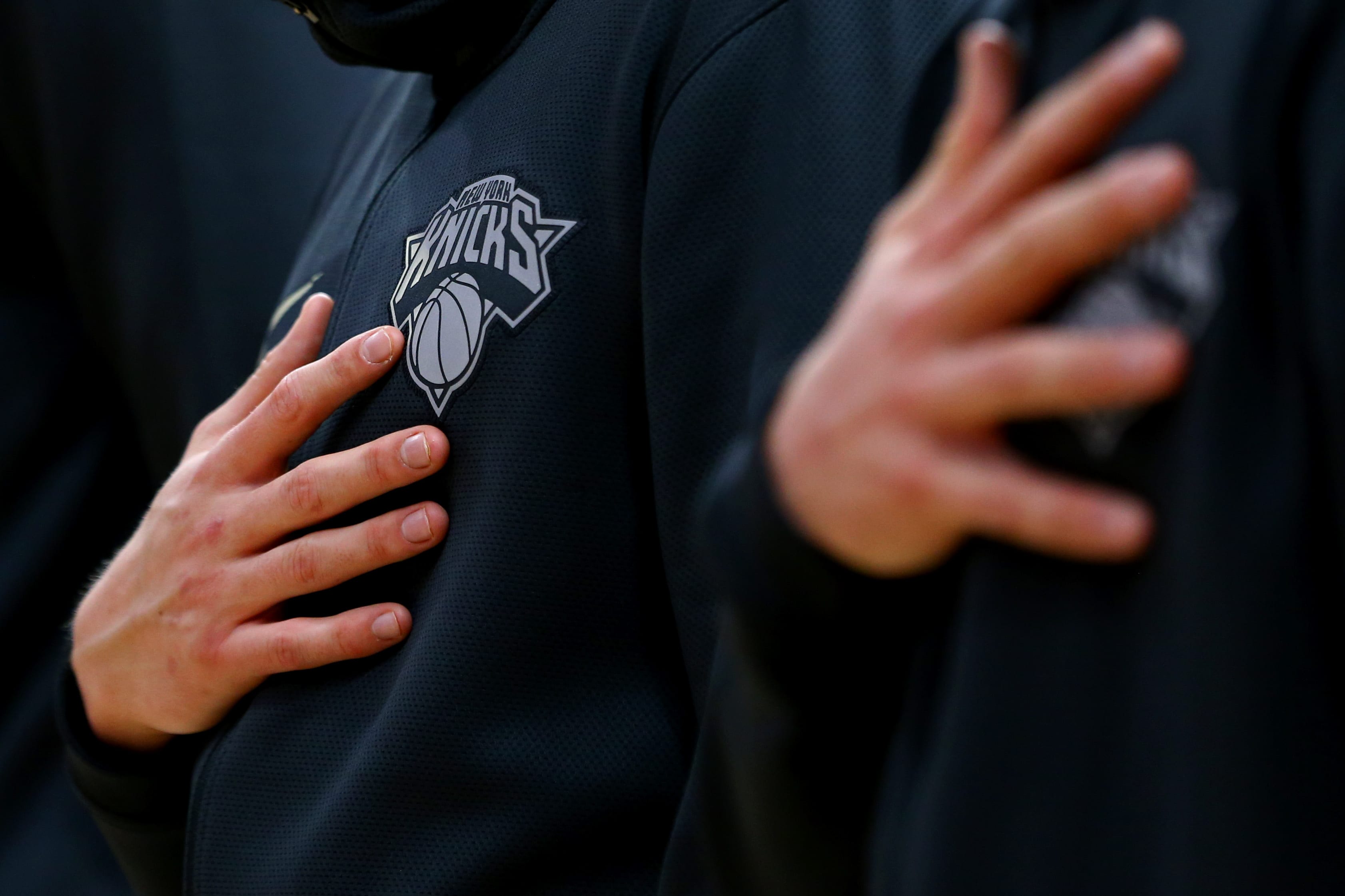 United Masters founder and CEO Steve Stoute and his Translation agency have been hired by the New York Knicks as brand consultants. Knicks hopes this move will help bolster the team’s brand. It already received some praise from NBA stars.

“Stoute’s been a friend for a long time. He does amazing work,” Lakers’ LeBron James told SNY  “Our beautiful league is always more beautiful when the Knicks matter and the Garden is jumping. I think it’s going to be great.”

This partnership even received praised from Knicks’ legend Charles Oakley, who in recent years have some shakey interactions with the Knicks organization.

According to an NBA source, the Knicks have hired a number of different consultants to help their brand throughout the past 20 years. But with the what makes this hiring different is that the Knicks wanted it to go public.

In a recent interview with Bloomberg, Stoute said that he sees a great opportunity in this new role as an adviser for the Knicks. “When the New York Knicks are right, the NBA is a better place. That is the opportunity.”

Stoute, who is a lifelong Knicks fan from New York, is coming into this role with the belief that winning does not cure all problems. Instead, good marketing will.

“Winning cures a lot of problems. Great marketing and exciting entertainment cure all problems,” Stoute said in the Bloomberg interview. “The brand has to be strong regardless of the final score. When people are hopeful that things are going to be better, and it brings excitement, all of a sudden that becomes the brand.” 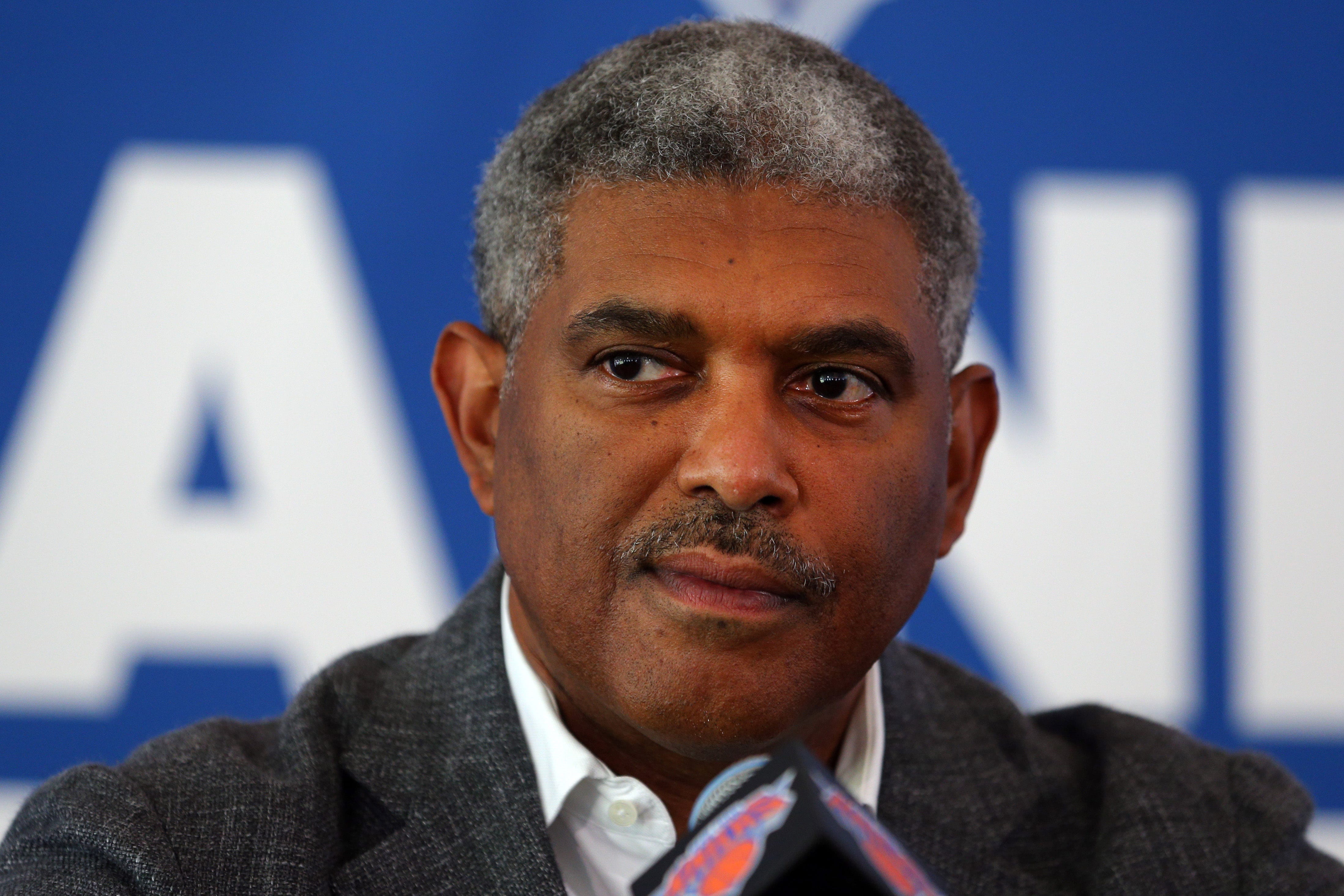 The New York Knicks are rebuilding is all areas of their organization.  They’re rebuilding their team, coaching staff and now their marketing strategy.

According to the Daily New’s Stefan Bondy, the Knicks have hired Translation.  They’re a brand agency looking to give the team a “media makeover.”  Translation will be looking to make the Knicks brand more fun, exciting and entertaining.

The one thing that really stood out from Translations CEO Steve Stoute was, “Winning cures a lot of problems.  Great marketing and exciting entertainment cure all problems.”  He went onto say that the Knicks and Madison Square Garden are already “iconic” brands.  Stoute also has a good relationship with Knick President Steve Mills, explaining the hire.

If the Knicks and MSG are already “iconic” brands then why is a branding agency necessary here?  Fans are going to still love and support the New York Knicks regardless of their record.  So, trying to re-brand their brand seems unnecessary.

Stoute was correct on one part, “Winning cures a lot of problems.”  The Knicks haven’t been doing a lot of winning but constantly sell out the Garden.  That means the brand is strong, no matter what people or Kevin Durant may say.  Durant was on record saying the Knicks were “uncool.”

The Knicks need to turn their concentration on player development instead of branding.  The team could go win-less and the fans will still be there.  The brand will still be strong because they’re in the biggest market with the biggest fans.  The brand is fine, it’s the constructing a competitive team that needs to be the main focus.