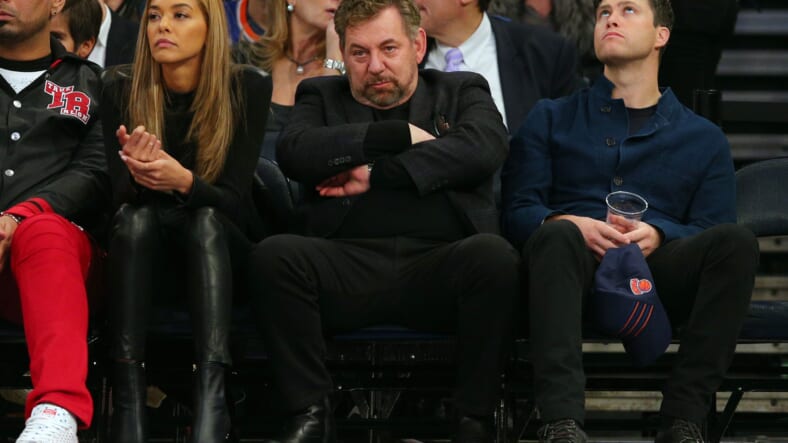 The New York Knicks need a change.Â  A change for the better.Â  With all of the commotion of the trade deadline, the Knicks have begun to make that change.

The Knicks will bring in CAA agent Leon Rose as the team’s next president.Â  Before that news broke, the organization hired Steve Stoute, a music executive and the founder of the ad agency Translation.Â  Stoute will help ‘re-brand’ the Knicks.Â  The team doesn’t need a re-brand.Â  They’re still one of the biggest names in the league but the way things have been going, anything helps.

With those two exciting hires for the Knicks, there could be one more looming.Â  Incoming team president, Leon Rose, reportedly wants to bring back one of the most beloved Knick coaches.Â  Jeff Van Gundy.Â  While this is just a rumor for now, it would be the best case scenario for the team.

Those three individuals could change the course completely for the New York Knicks.Â  While it won’t be quick or easy but the organization can’t get any worse.

All three are very well-respected which is something they Knicks haven’t had in a while.Â  Well, David Fizdale was and still is respected around the league he was a little to buddy-buddy with his players.Â  He even admitted yesterday his flaws when leading the Knicks.

Rose, Stoute and Van Gundy gained recognition in their own way whether that’s through music, agent-player relationships or coaching.Â  Whatever it may be the Knicks needs a lot of fresh new voices and these could be them.

Bringing back Van Gundy would take a lot.Â  There’s always been rumors of him returning to coaching especially to the Knicks but, again, they’re all rumors.Â  He has one of the best gigs going currently being the lead calling games and he’s very good at it.Â  The stress of bringing the Knicks back to life would take a pretty penny.Â  However, Rose and ‘World Wide Wes’ might do whatever it takes.