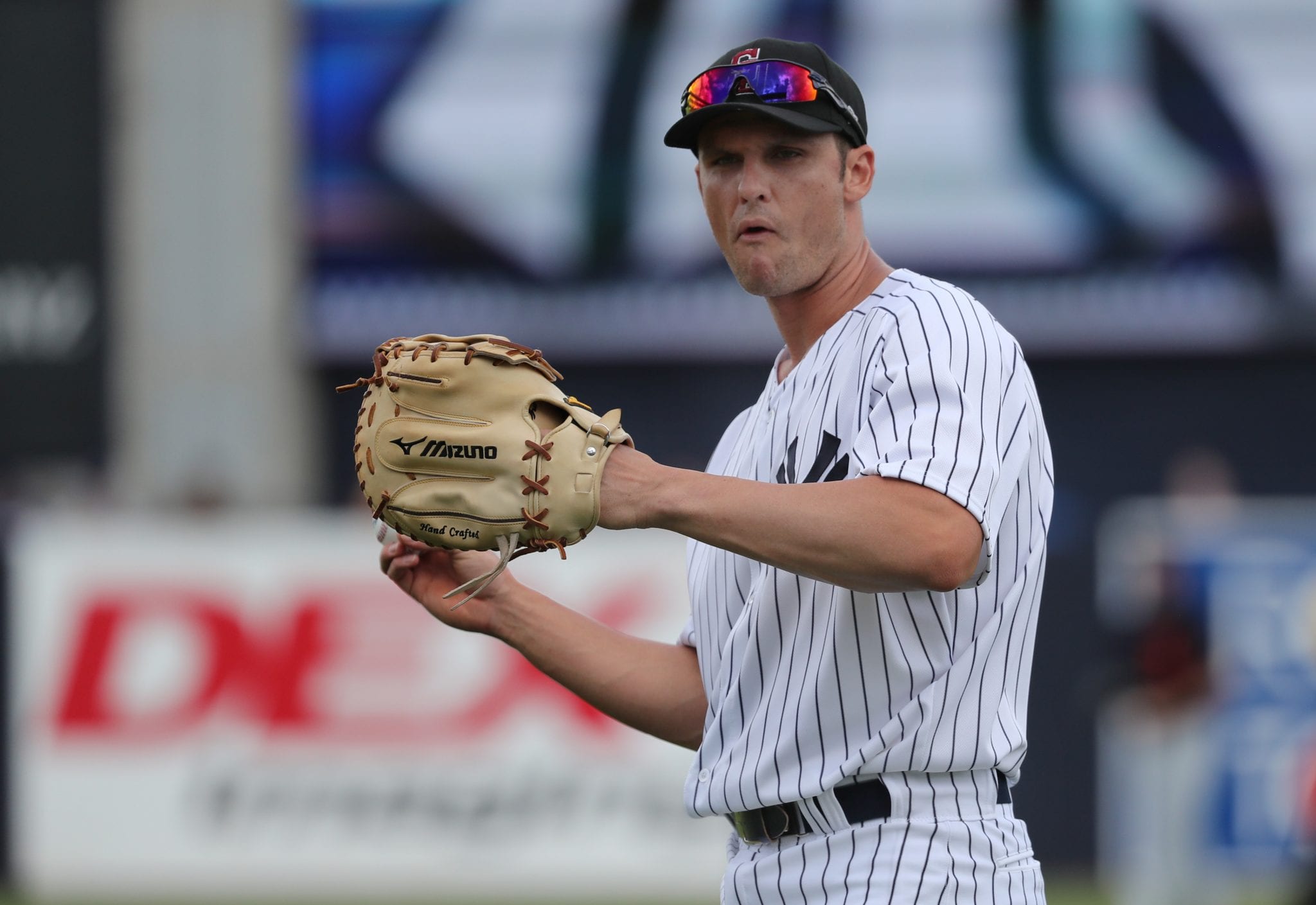 After missing almost all of the 2017 regular season with an ankle injury requiring surgery, first baseman Greg Bird has a full season ahead of him in 2018 to prove his value to the New York Yankees.

The 25 year old lefty batter who was selected  in the 5th round of the draft by the Yankees in 2011, was a catcher in high school and drafted to play that position. He was then converted to first base.

Most notably of his minor league career was being named Arizona Fall League Most Valuable Player in 2014.

2016 Bird was sidelined the entire season recovering from a torn labrum which required surgical repair.

Unfortunately during the spring, Bird fouled a ball off his ankle, prompting the previously mentioned surgery.

Bird smashed a home run off Andrew Miller in the ALDS, only the second homer given up to a lefty batter all season by the star reliever, to help advance the Yankees to the ALCS against the Houston Astros.

During the early spring 2018 spring campaign, Bird is slashing 095/269/364. The career .999 fielder should improve those numbers as he gets tuned up for the Yankees and enjoys a full year of playing time and remains healthy.

Yankees fans should also look forward to Bird contributing to a successful season with his glove and bat. Look for Bird to soar in 2018. Bird is the word!