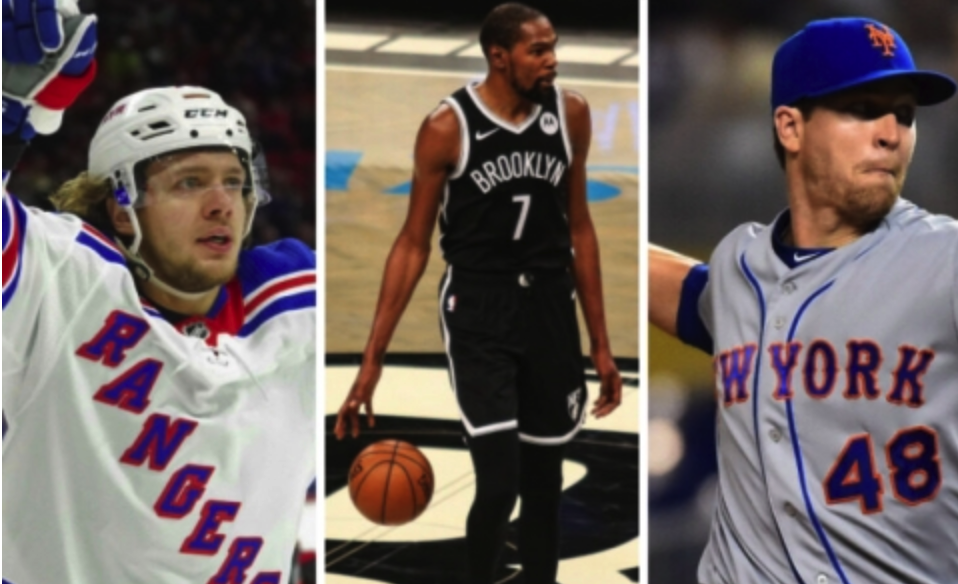 It was the least of our worries, but New York sports took a beating in 2020. These dates in 2021 could be steps in the right direction.

Defeatist as the naysayers may be, they’re right in the fact that our problems don’t immediately disappear in 2021r. It’s the least of our issues at this point in time…and, frankly, that probably applies on an eternal basis…but the axiom applies for New York’s major sports teams. Any hint of good juju will do in these trying times, but every team knows they have work to do that won’t be accomplished with a mere calendar flip. However, there are plenty of names giving us hope and excitement, and the 2021 ledger has plenty of days as well that could help this area’s athletic programs turn the corner and get back in the right direction.

These seven days could win up changing everything…

(unscheduled events, like the WNBA Draft, Buffalo Bills wild card game, etc. are not included due to lack of date)

Critics have remarked that, in addition to their current woes, the modern New York sports teams don’t much hope for the future. The New York Rangers seemed to be a welcome counterargument through a rebuilding process that netted them (pun intended) two elite scorers (Artemi Panarin and Mika Zibanejad) and heir to Henrik Lundqvist in Igor Shesterkin. The Rangers had to bid farewell to several friendly faces in the process (including Lundqvist, Mats Zuccarello, and Derek Stepan) but reloaded with a strong prospect pool. Their uncanny ability to move up through the draft ranks thanks to the bounce of the ping-pong ball also saw Kaapo Kakko and Alexis Lafrenière don blue.

But their biggest rivals through a bit of a wrench into the good feelings with a length playoff run that ended two wins away from their first Stanley Cup final appearance since 1983. Under head coach Barry Trotz, the Islanders have won playoff series in consecutive years for the first time since that magic Cup run in the 1980s. John Tavares has been quickly forgotten, with the new Islander core led by homegrown talents Mathew Barzal, Josh Bailey, and Brock Nelson. Washington Capitals alum Semyon Varlamov has manned the pipes, forming a strong veteran platoon with Thomas Griess.

With the 2021 NHL season set to get underway this month, the battle for New York ice recommences at Madison Square Garden, the latest struggle serving as the season opener for both teams. The last get-together was one for the ages from a Rangers standpoint, as they took the gritty tilt in a 4-3 final, with Zibanejad scoring on a one-timer from Panarin 28 seconds into a 3-on-3 overtime session.

With the opening faceoff approaching, you’d almost never think that the Islanders were one of the final four teams battling for the Stanley Cup last season. The preseason accolades in the Eastern Conference include the usual suspects (Tampa Bay, Boston, Washington), many have pegged the Islanders as afterthoughts who may miss the playoffs entirely. Their temporary divisional settings, made to minimize travel, are packed with matchups against dangerous competition. That includes a whopping eight matchups with Boston, who joins what was essentially the Metropolitan division this season.

While the Islanders may have to wait a year to take revenge on the defending champion Tampa Bay Lightning, they have a big chance to make an early statement against the Bruins at Nassau Coliseum. Boston took two-of-three meetings last season, with the Islanders’ win coming in shootout fashion last December.

Just before 2020 took away sports, the Brooklyn Nets walked into Staples Center and stole a 104-102 decision from a Los Angeles Lakers team that was seven months away from championship glory. Brooklyn did so without Kyrie Irving, Kevin Durant, and a full-time head coach, having parted ways with Kenny Atkinson three days prior. Spencer Dinwiddie drained the game-winning jumper with 28 seconds remaining.

Brooklyn’s return trip could be a potential NBA Finals preview with both teams firing out of the gate in the early going. It will also mark the first meeting between Durant and LeBron James since Christmas 2018, when James and the Lakers torched Durant’s Golden State Warriors in a 127-101 final. The battle between Durant and James for the Western Conference title came to an end shortly after, as James’ season was never the same after an injury he sustained shortly after.

Mets fans have waited a long time for some long-term, consistent hope for this franchise. They believe that new owner Steve Cohen can finally provide it. In his brief time at the New York helm, Cohen has shown a willingness to splurge on name-brand talent, thus far adding catcher James McCann to their arsenal.

The Mets’ first game under Cohen’s watch comes on April 1 against the Washington Nationals, the defending champions under a full-season setting. Both the Mets and Nationals are looking for redemption after the shortened campaign, the pair uniting for the NL East cellar with matching 26-34 records last season.

Both metropolitan football squads will have major decisions to make when the NFL convenes in Cleveland (hopefully in person) for its annual selection proceedings. Following the Sugar Bowl semifinal in New Orleans, the Jets will be situated in the middle of one of the most intriguing quarterback debates in recent memory, as they’ll likely choose between Justin Fields or Trevor Lawrence at the top of the draft board. Of course, this will come after the Jets make a decision on their current throw Sam Darnold…could they be persuaded to take another blocker or a receiving weapon instead?

Meanwhile, the Giants are in a most uncanny position, one that partially depends on how they do on Sunday afternoon against the Dallas Cowboys (1 p.m. ET, Fox). They could either be defending NFC East champions or hitting the clock third on draft day. Do they stick with Daniel Jones, or perhaps take a waiver on BYU’s Zach Wilson? Will general manager Dave Gettleman still be around to oversee it? Either way, the decisions each team makes on this day will affect their respective futures for years to come.

May 4: The Astros (Finally) visit The Bronx

Time will tell just if the handling of the ongoing health crisis will allow fans to return to Yankee Stadium. Even if they’re welcomed back on a limited basis, the top game to attend on everyone’s list would likely be the Houston Astros’ first visit.

Much was made about MLB’s response…or lack thereof…to the Astros’ sign-stealing operation. While the Astros got an earful from opposing fans upon visits to spring training facilities, they were shielded from jeers in the regular season by public health restrictions. Even if only a limited group is allowed into Yankee Stadium by the time May rolls around, one can guarantee that they’ll make their prescience felt when the hated Astros come by. Houston may have taken the past two series matchups with the Yankees, taking the ALCS from them in 2017 and 2019, but most of their wins have come within the confines of Minute Maid Park. In those playoff meetings, the Astros were 2-4 in The Bronx. It also mark a reunion between the Astros and Gerrit Cole, now the Yankees ace after inking a $324 million contract in New York.

Cohen’s purchase and splurging in Queens has raised a question in the Big Apple…is the city becoming a Mets town? The Yankees have been consistent over the past few seasons, currently working on a four-year postseason streak that has seen them advance at least one round in each visit. But that seems to be the major issue: the Yankees appear to be complacent with just that: meaningful games in September and October, rather than championship rings. The Cole signing notwithstanding, numerous free agents have slipped through the Yankees’ grip, and their most consistent hitter in this process, DJ LeMahieu, remains a free agent.

The Mets will have a chance to show how far they’ve come during Cohen’s first Subway Series set, which will be staged on Independence Day weekend at Yankee Stadium. Small as it may seem on a national scale, clinching the Subway Series could do a lot for them from a personal standpoint. Queens hasn’t outright won the annual sets since 2013, though things have ended in a tie four times in that span (including the past three).