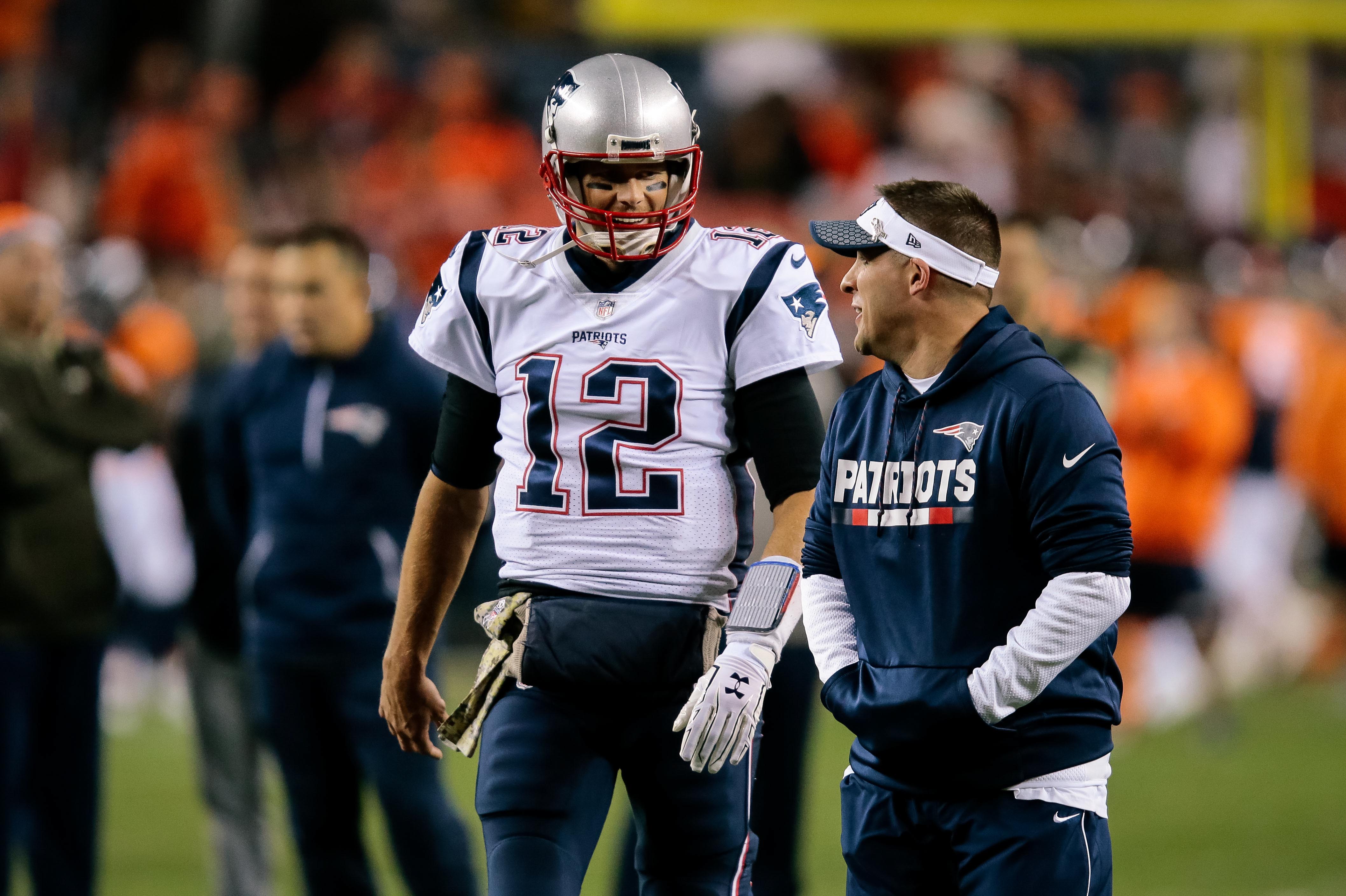 Taking a look at one secret weapon the New York Giants have up their sleeve:

The New York Giants overhauled their entire coaching staff this past off-season, which ultimately represents uncertainty for the future. Their 2019 coaches clearly failed to get the job done, and the hope is that the new management regimen will be more disciplined and effective in their quest to bring success to Big Blue.

Every position was essentially turned over, but the secret weapon the Giants should be excited about is quarterbacks coach, Jerry Schuplinski.

Schuplinski spent six seasons with new head coach Joe Judge with the New England Patriots. He has experience training/developing Tom Brady, Jacoby Brissett, and Jimmy Garoppolo, three starting quarterbacks in the NFL, two of them have been to a Super Bowl with their own team.

Each quarterback has had nothing but positive things to say about Schuplinski, who is versed in training the mental aspects of quarterbacks and helping them through the developmental curve. He can be a golden goose for the Giants, who are thrusting Daniel Jones into his second offense in two seasons. Having new faces and new coaches around him will certainly be problematic, but they have brought in the perfect pieces to help him transition with simplicity.

“When I first stepped into the facility for rookie minicamp, he definitely took me under his wing and I think the process led right up until my last day there,” Indianapolis Colts quarterback Jacoby Brissett said, via WEEI, of his time with Schuplinski in New England. “I think what his role was and what he felt like he embraced was he was going to go through the learning curve with me. That was something I respected and I took to heart. I am sure he didn’t have to, but he went with me through my ups and downs and the learning process with the offense. I think that paid off a lot for me.”

Jacoby states how Schuplinski helped his progress and stuck with him every step of the way in New England. This ultimately led him to become a starting-caliber player down the line. It seems that every quarterback that goes through the New England system somehow finds a way to land a starting gig and perform at a high-level in the NFL.

“I can’t even tell you how many conversations I had with Jerry just man-to-man, him helping me out and getting me acclimated to the NFL life,” Garoppolo told WEEI.com. “I really thank him for that. I probably wouldn’t be where I am at without him.”

Garoppolo expressed his gratitude toward Jerry, who became more than just a coach, but rather a friend. Being honest and truthful in the NFL is essential for success, and holding yourself and others accountable plays into the equation. Schuplinski made sure that Garoppolo had everything he needed, including honesty, to reach his potential finally.

“The goal is to work everyone up to the level that’s the highest we can go,” Schuplinski said in 2019. “And not work downward. It’s a constant challenge on younger guys, but that’s a good thing.”

The Giants are in great hands moving forward at the quarterback spot, and Daniel Jones should be ecstatic to work with a coach as capable as Schuplinski. All we can hope is that Jones grasps the offense in stride and can exceed expectations in year two. 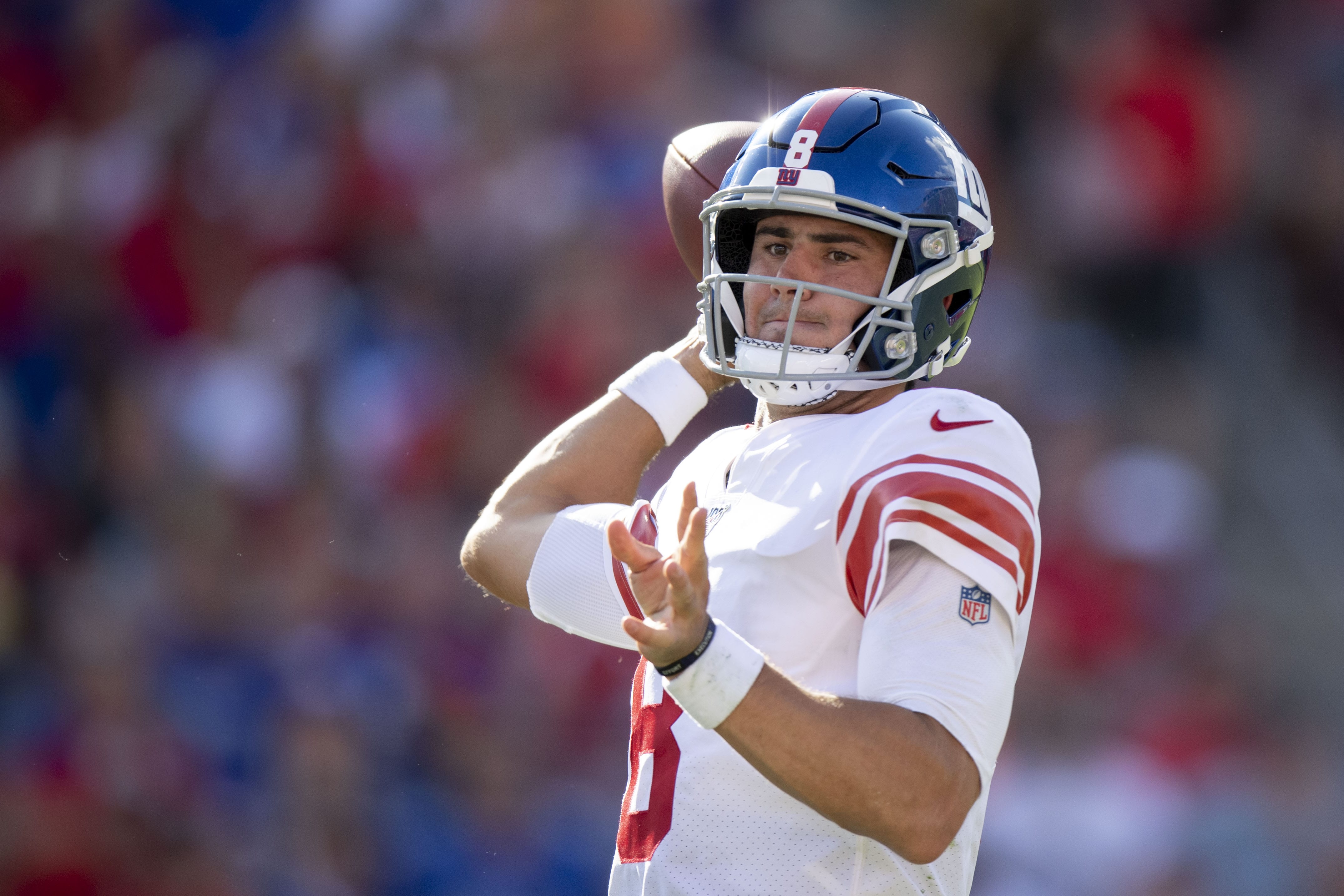 When the New York Giants hired quarterback coach Jerry Schuplinski, formerly of the New England Patriots, everyone collectively said, “who?”

People always tend to place their trust in familiar faces that are well known. However, that can lead us down a path of simplicity and often-time, failure. Schuplinski, who worked alongside Joe Judge in New England for years, will bring his talent to the Giants, where he will help groom Daniel Jones into a top-tier quarterback.

Having worked alongside players like Tom Brady, Jacoby Brissett, and Jimmy Garoppolo, the secretive QB coach has quite the resume to prove his worth with Jones. The influence he has had on his understudies has translated into staring-level talent, let alone the elite category Brady sits atop.

Garappolo expressed his praise for Schuplinski, and now, the 49ers quarterback will participate in the Super Bowl:

“Thinking back on everything, I owe him so much. Jerry was there for everything from the minute I got to the Patriots. He was kind of my quarterback coach in a way… I mean, he started with me from day one with the Patriots,” Garoppolo stated. “He’s a great guy at simplifying things, taking a complicated offense and simplifying it for a quarterback. I think that’s crucial and he did a great job of that when I was in New England. I know he did that with Jacoby [Brissett] too.”

The New York Giants made a great hire with Jerry Schuplinski:

Jones will see the offense open up for him in 2020, especially after Jerry helps simplify the system and break down his fundamentals. That’s where Judge’s mentality comes into play, as he stated during his opening press conference that the team would perfect the micro details to develop a sound operation ultimately.

In 2019, the Giants were a wreck under Pat Shurmur, who couldn’t manage the clock well and often saw his players crashing into each other on mesh routes. Poor execution will always lead to failure, and that’s something Judge and Schuplinski won’t tolerate. 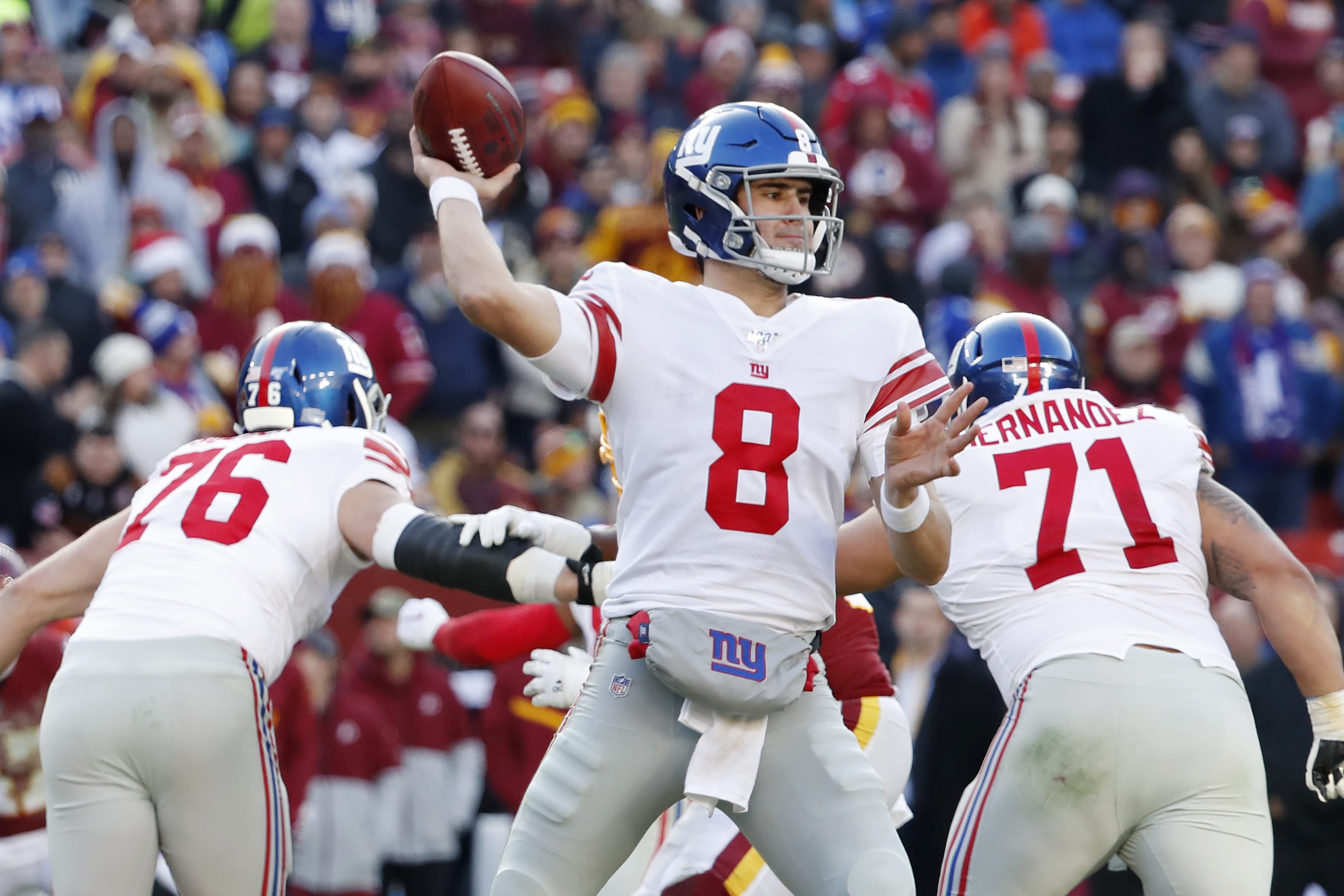 The New York Giants have a new quarterbacks coach this season to help guide along their second year starter Daniel Jones, and this season there’s no Eli Manning to fall back on if Jones happens to struggle – but based on the reviews so far, it looks like Jones is in good hands when it comes to the QB coach position. The man that the Giants hired is Jerry Schuplinski, and as the assistant quarterbacks coach for the Patriots from 2016-2018, Schuplinski is one of the staff members who helped play a role in the rise of current 49ers starter Jimmy Garoppolo.

Garoppolo, in fact, gave shining praise of Schuplinski when speaking to Newsday during the buildup to the Super Bowl.

“Thinking back on everything, I owe him so much. Jerry was there for everything from the minute I got to the Patriots. He was kind of my quarterback coach in a way… I mean, he started with me from day one with the Patriots,” Garoppolo stated. “He’s a great guy at simplifying things, taking a complicated offense and simplifying it for a quarterback. I think that’s crucial and he did a great job of that when I was in New England. I know he did that with Jacoby [Brissett] too.”

He went on to call it a great hire for the Giants.

The Giants have had a string of coaching staffs that haven’t been able to get the most out of the offense. Despite being ‘offensive’ coaches, Ben McAdoo and Pat Shurmur tended to fail at consistently keeping performances high in those areas and getting the full value out of the talent the Giants have.

The organization and head coach Joe Judge in specific seem to be trying to reverse that trend by making better hires across the board – as the one working most with quarterbacks, Schuplinski might be one of the most important out of the hires following the appointment of Judge as head coach.

It’s also too early to say how Jones will work with Schuplinski but there’s reason to have some optimism – Garoppolo seems to think highly enough of him, and he is one of the two quarterbacks left standing in the Super Bowl after all. 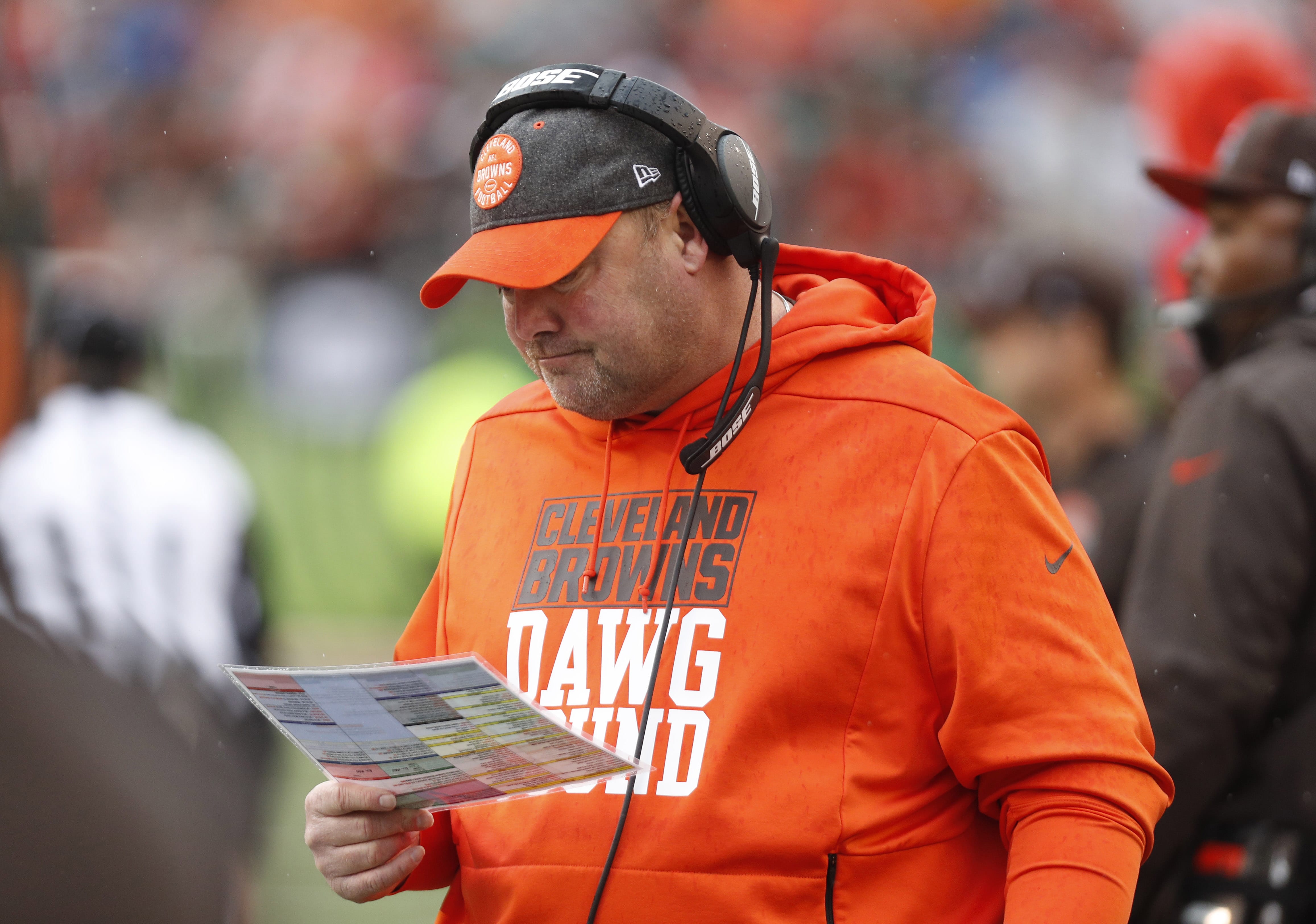 The role is not yet defined, but Kitchens and current Giants HC Joe Judge spent time together at Mississippi State. Kitchens tenure in Cleveland was short-lived after a disappointing 6-10 season.  Prior to being named the Browns head coach, Kitchens was given credit for improving the Browns offense and assisting then-rookie QB Baker Mayfield have a successful rookie season.

Prior to his time in Cleveland, Freddie Kitchens worked with the Arizona Cardinals.  He began his career in Arizona as the tight ends coach, which is the same position he held prior to joining the Cardinals with the Dallas Cowboys.  There is some speculation that this could be Freddie Kitchens’s role with the New York Giants.