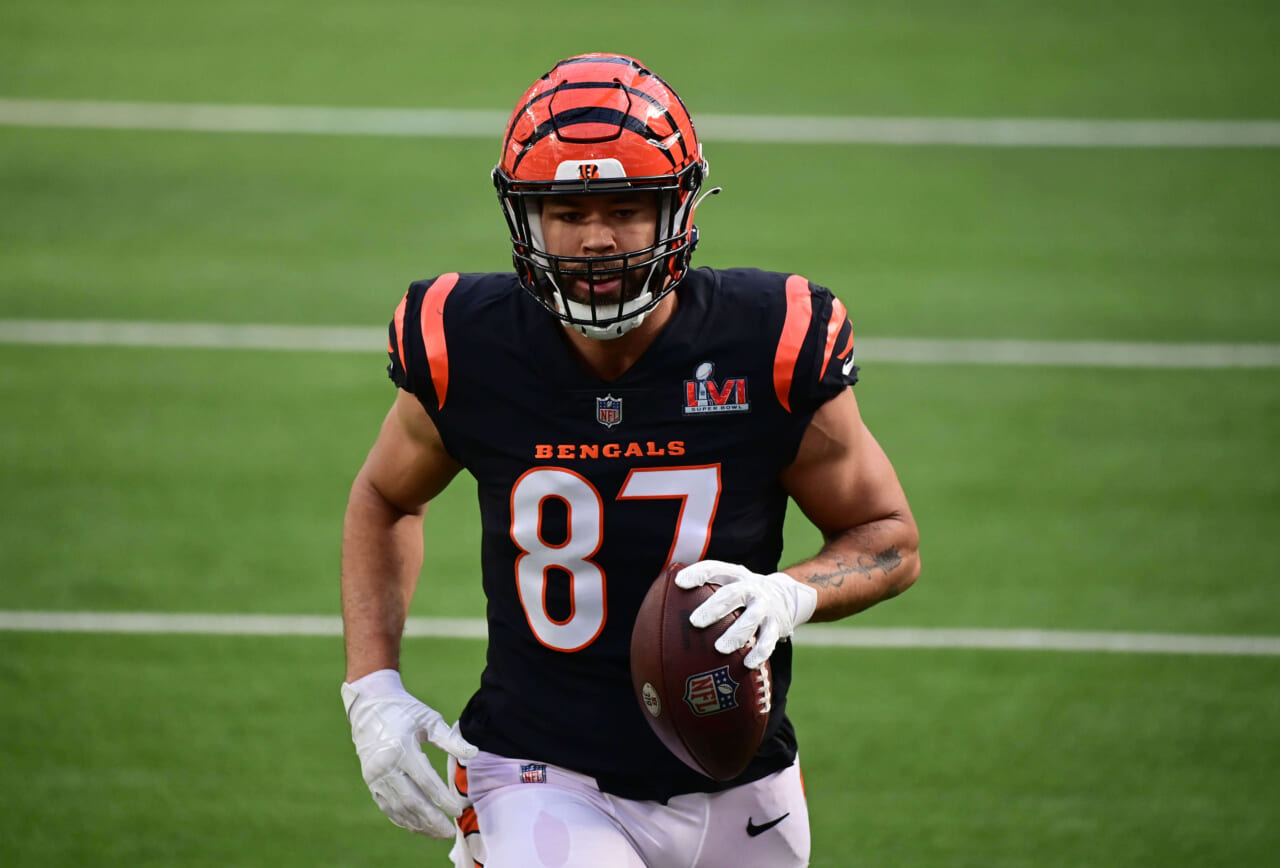 For far too long, the tight end position for the New York Jets has lacked a reliable player with great potential. Heading into this offseason, as Zach Wilson enters year two and a step in his progress is expected, the group of tight ends had to be bolstered.

General manager Joe Douglas did all he could signing two tight ends in free agency and spending a third-round pick on another. Let’s access the expectations and potential of this group.

The first tight end signed by Douglas in free agency was C.J. Uzomah. He is coming off the best year of his career and signed a three-year deal with the Jets. Shortly after Uzomah, it was a nice surprise when Tyler Conklin was also added on a three-year contract. Conklin just had his best season as well and should be entering his prime heading into his fifth NFL season. Then, in the third round of the draft, Douglas completed the overhaul with the selection of Jeremy Ruckert.

All three players bring the ability to block in both the run and pass game. In the passing game, they all compliment one another nicely. Conklin runs great routes and has the sure hands. Uzomah helps with his size, speed, and yards after the catch ability. Ruckert is a tough player with good athletic ability and can help in the red zone.

Overall, having this group of three for Mike LaFleur and Wilson in year two together could be instrumental to their development. Conklin and Uzomah are under contract through the 2024 season and Ruckert 2025. The potential to grow together and become a top group is a reasonable expectation. They can all take reps as blockers and help each other stay fresh in that regard. Knowing that they all provide different strengths as receivers and can be utilized in different ways is a luxury for the offense as a whole.

This group rounds out with Trevon Wesco, Kenny Yeboah, and Lawrence Cager. Wesco has been with the Jets since 2019 and offers great blocking ability. Yeboah was a successful pass-catcher in his last year of college and has receiving skills. Cager is intriguing to watch as he makes the position change from wide receiver. It will be interesting to see if one of these players does enough to make the roster as a fourth tight end. 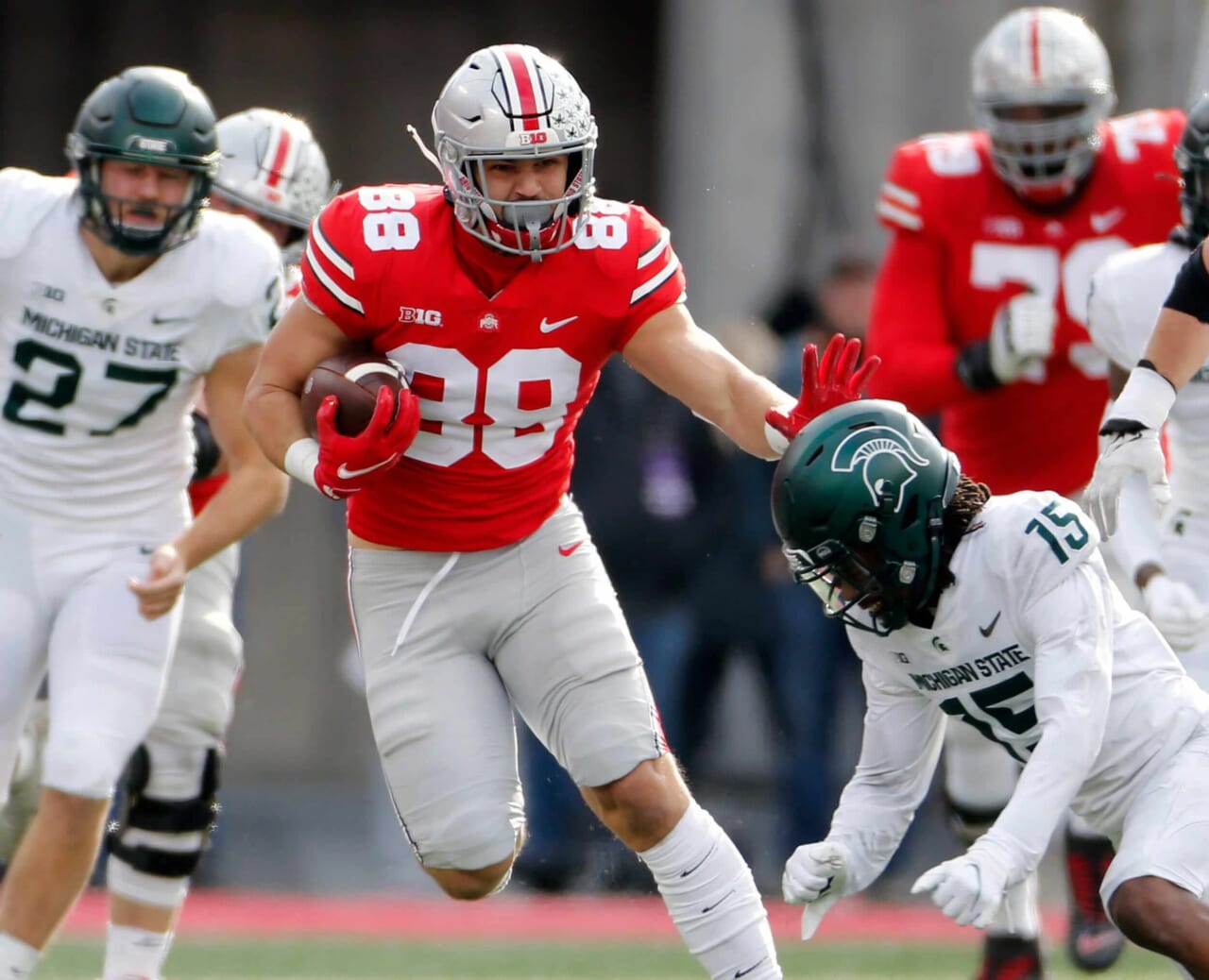 Earlier today, the New York Jets agreed to terms with third-round pick Jeremy Ruckert. The duration of the contract is the standard four-year deal for all draft picks. This puts Ruckert with the Jets through the 2025 season.

With the selection of Ruckert, general manager Joe Douglas finished a complete turnaround to the tight end position for the Jets this offseason. Ruckert will join veterans C.J. Uzomah and Tyler Conklin. They both signed three-year deals with the Jets in free agency. This trio gives Zach Wilson the support needed for a second-year jump.

According to Rich Cimini, Ruckert’s contract is worth $5 million with roughly $849K at signing.

The Jets have signed third-round pick Jeremy Ruckert, the team announced. It’s a four-year, $5.0M contract for the former Ohio State TE. It includes about $849K to sign. #Jets

What does Jeremy Ruckert provide the New York Jets?

Ruckert brings an exciting skill set to the Jets, one that fits offensive coordinator Mike LaFleur’s scheme. As a blocker, in both the run and pass game, Ruckert has an established reputation. He should be able to come in and contribute with his physicality and mindset on the end of the line of scrimmage right away. In-line, Ruckert will help on zone-split running concepts competing against backside edge defenders. His success pass blocking against first-round pick George Karlaftis last season has been well-documented.

As a receiver, Ruckert possesses good upside. He is a capable athlete with reliable hands, size, speed, and route-running ability. Throughout his college career, Ruckert made some impressive catches as well.

His lack of opportunities at Ohio State in the passing game is fairly well-known. With the luxury of being able to develop behind two proven tight ends in Uzomah and Conklin, it allows Ruckert to ease in. This should only help him continue to grow as a pass-catcher over time.

Ruckert, a childhood Jet fan, comes from a family full of them. His dad had a hilarious reaction that went viral when he was drafted by the Jets in April. Once again Monday, he had a priceless moment letting out a “J-E-T-S Jets Jets Jets” chant when Jeremy signed his rookie contract with the Jets.

With Ruckert now signed, that leaves the Jets with four of their seven draft picks under contract. Ahmad “Sauce” Gardner, Garrett Willson, and Jermaine Johnson are the other three first-year players signed. The team still has to agree with Breece Hall, Max Mitchell, and Micheal Clemons on deals. 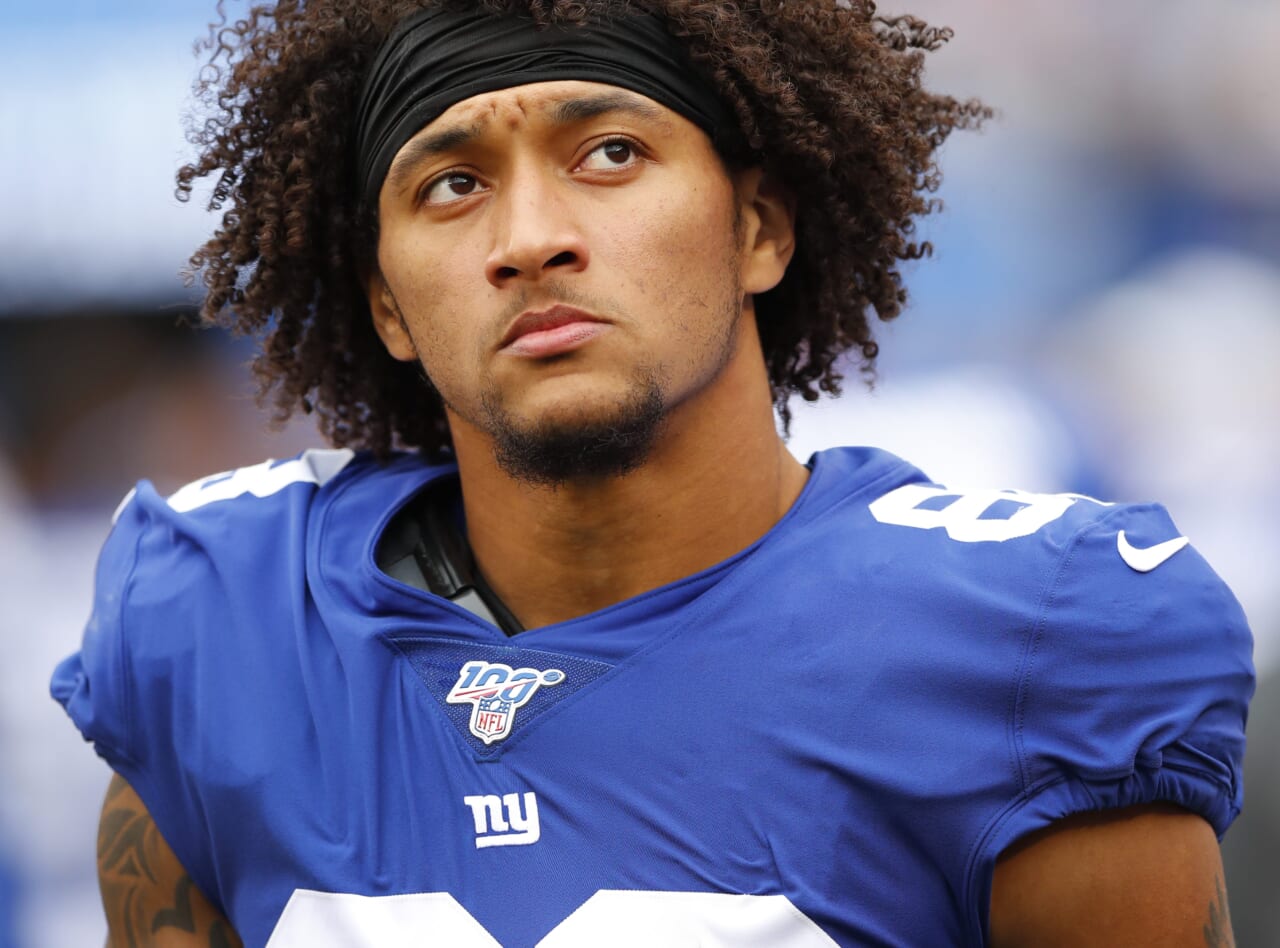 The New York Giants seem to have a dilemma at the tight end position entering the 2022 offseason. Evan Engram is set to be a free agent and it seems likely that Kyle Rudolph will be cut as well. With that being the case, the Giants will need to make a decision on who will start at tight in the 2022 regular season.

Since he was drafted in the first round of the 2017 NFL Draft, Evan Engram has failed to live up to expectations. Engram’s career has been summarized with dropped passes in key situations and injuries that keep him off the field during big games. The fanbase has turned on the Ole Miss alum, and it seems as though it may be in the best interest of both parties for Evan Engram to find a new home.

The Giants’ second tight end, Kyle Rudolph, is almost inevitably going to be released this season. Rudolph’s 2021 season was unproductive and plagued by injuries. Releasing their backup tight end would free up $5 million in cap space for New York. The Giants are nearly $10 million over the cap right now, so they need to make this move.

With their two starting tight ends from the 2021 season likely on their ways out, what should the Giants do at the position in 2022? There are plenty of options for the Giants at tight end this offseason. Free agency is loaded up with veteran talents at the position. One name to keep an eye on is Hayden Hurst.

Hayden Hurst was a first-round pick with the Baltimore Ravens in 2018. Hurst, however, was quickly overshadowed by Mark Andrews, who has turned into one of the best tight ends in the NFL in recent years. This led the Ravens to trade Hurst to the Atlanta Falcons in 2020. Hurst has caught nine touchdown passes in two seasons with Atlanta.

Hayden Hurst has had a solid NFL career, being a consistently average-to-above tight end in the league. But the reason that Hurst makes so much sense for the Giants is a crucial coaching connection. The Giants hired tight ends coach Andy Bischoff this offseason. For Hayden Hurst’s first two career seasons, Bischoff was the tight ends coach for the Baltimore Ravens.

There are other veteran options available this offseason that could entice the Giants. Outside of Hayden Hurst, players like OJ Howard, Mike Gesicki, Robert Tonyan, and Eric Ebron could make sense for New York.

Jeremy Ruckert out of Ohio State is an exciting NFL Draft prospect that makes perfect sense for the New York Giants. Ruckert is a willing blocker with solid receiving skills. His playing style is similar to that of Mark Andrews, the Ravens tight end that Andy Bischoff helped develop into one of the league’s best.

Jeremy Ruckert has all the tools to be a top tight end in the NFL with the right coaching. He is a projected round 2-3 selection and could be the starter in 2022 if drafted by the Giants. Additionally, names like Jake Ferguson (Wisconsin), Cole Turner (Nevada), and Charlie Kolar (Iowa State) could be middle-round options for the New York Giants at tight end.

The New York Giants have a long way to go before they have a competent scheme, starting with building around the quarterback position and solving the offensive line through the draft. However, one position that needs to be addressed this off-season is tight end, with Evan Engram hitting free agency and Kyle Rudolph expected to be cut.

Releasing Rudolph would save the Giants $5 million, making him a prime candidate. That money would cover a significant amount of the Giants’ draft picks salaries, but with two first-round picks, Big Blue could look to trade back and lessen the 2022 cap hit from their top selections.

This year’s tight end class is interesting, not featuring a player like Kyle Pitts but a few high upside talents who could develop nicely at the NFL level. One prospect who would fit perfectly with the Giants is Jeremy Ruckert out of Ohio State.

Per The Draft Network, Ruckert is a legitimate threat as a receiver but was never given a big role in the passing game:

Ohio State tight end Jeremy Ruckert projects as a viable threat in an NFL passing game. Ruckert’s development as the primary tight end for the Buckeyes has spanned over several seasons—he’s been an enticing complementary piece of the puzzle but never someone who was asked to serve in a starring role as a pass-catcher.

In 2021, Ruckert finished with 309 yards and three scores, nothing to write home about but film to digest. The Giants have been one of the worst teams in football regarding red-zone efficiency. Jason Garrett’s unit produced touchdowns on just 44.74% of their trips to the red-zone last season, good for worst in the NFL. Ruckert would help smooth over that number, providing Daniel Jones a big target with some of the best hands at the position in the draft class.

In addition to Jeremy’s receiving qualities, he’s also a willing blocker who goes 100% on every play. With a non-stop motor, solid hands, and plenty of upside, new TE coach Andy Bischoff would have the perfect prospect to mold. He has similar traits to Marc Andrews entering the NFL, and Bischoff played an instrumental role in developing Andrews into one of the league’s best TEs.

Ruckert and Andrews have almost identical frames, making the two extremely comparable as prospects. Of course, there’s no guarantee Ruckert will become as lethal. Nonetheless, Ruckert’s frame and reliable hands would be a blessing after years of Engram’s inconsistencies and failure to take his game to the next level. Whether that be a result of poor coaching, scheme, or athletic limitations, going back to the Kevin Boss, Jake Ballard type of tight end would do the Giants well in the future.