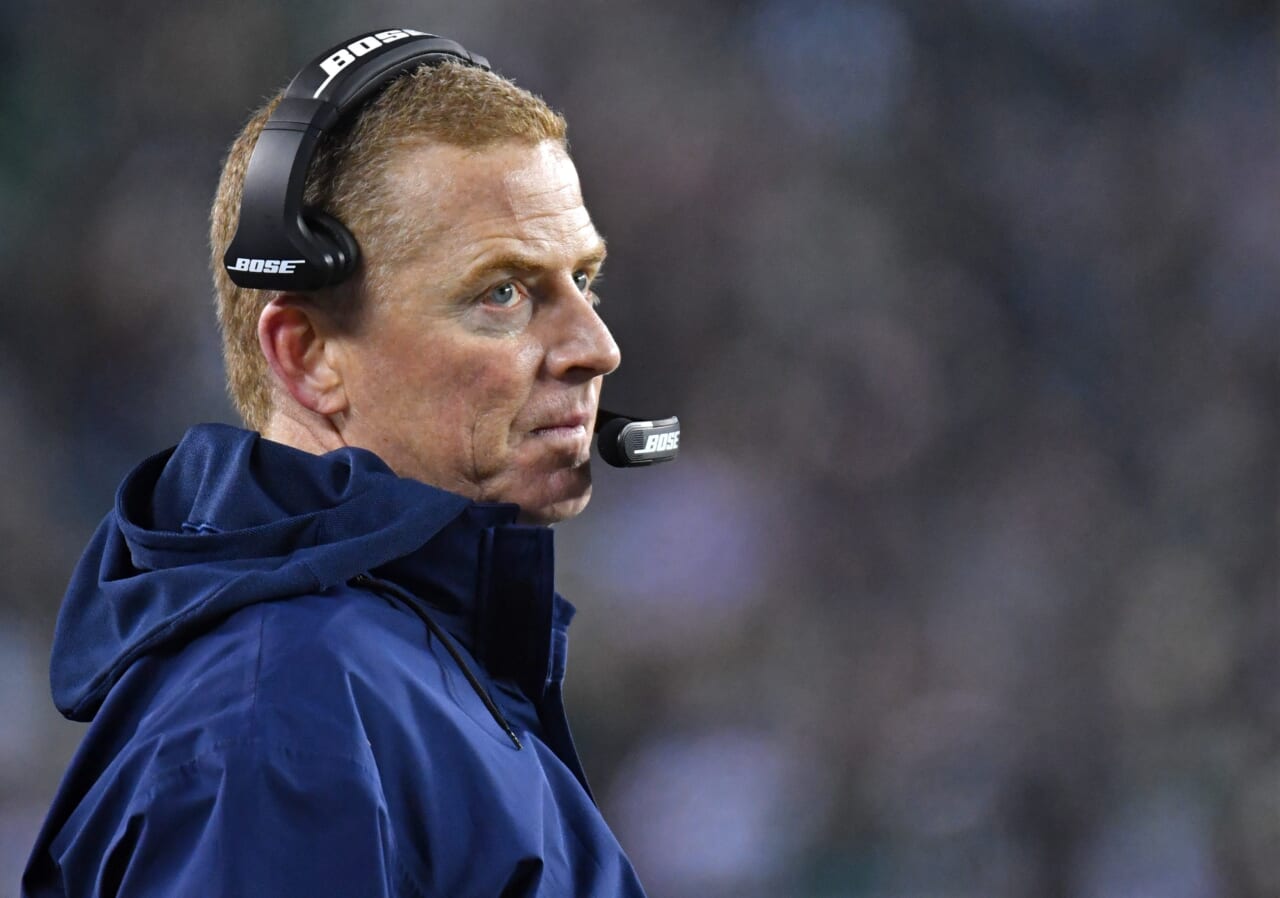 Tuesday has been an eventful day for the New York Giants, who subsequently were ignored by Baylor head coach Matt Rhule, who signed with the Carolina Panthers.

Rhule’s ignoring of the interview with the Giants speaks volumes to the state of Big Blue and how owners John Mara and Steve Tisch have driven the organization into the ground on a respect level.

The #Giants have requested permission to speak with former #Cowboys coach Jason Garrett, sources tell me and @MikeGarafolo. Heâ€™s still under contract in Dallas until Jan. 14, so permission is required.

Ian Rapoport stated that the Giants requested permission to interview Garrett, who has the most head coaching experience out of the lot. Losing out on Ron Rivera, Matt Rhule, and Mike McCarthy leaves the Giants with seldom picking regarding proven head coaches. In fact, they couldn’t even follow through with Rhule’s interview, a coach who has almost zero NFL coaching experience. 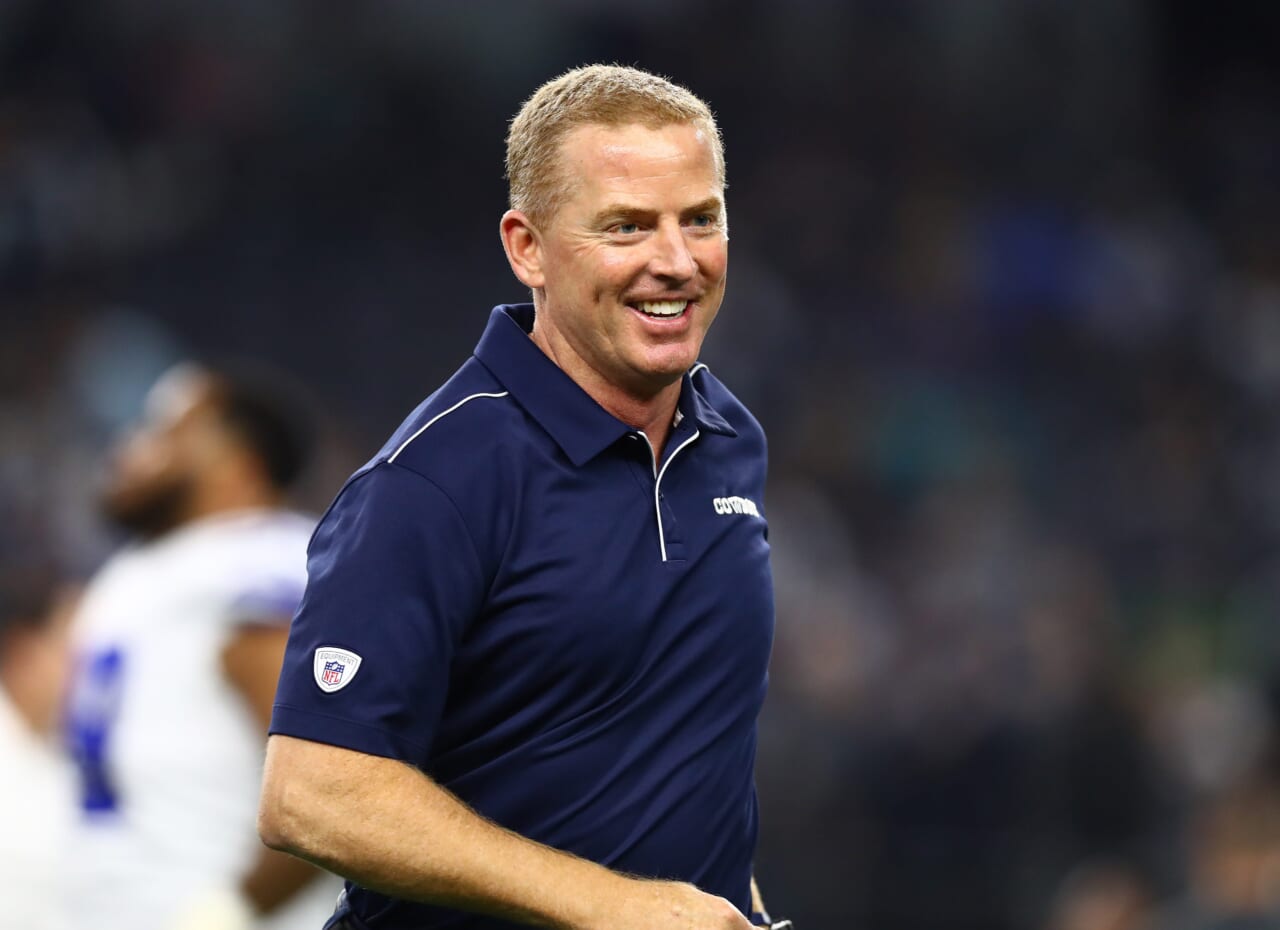 There’s a number of candidates right now for the New York Giants head coaching job and not all of them are popular – one of the least popular options is Jason Garrett, formerly of the Dallas Cowboys but fired officially on Sunday. It doesn’t seem like there’s much desire for the Giants to get Garrett at all, which is perhaps somewhat understandable. As someone who has coached in the NFC East for an important rival for an extended period of time, all Giants fans have been able to keep a good eye on the shortcomings of Garrett over the years.

But that doesn’t mean the former Cowboys coach hasn’t had his eyes on the Giants job, even since before getting fired, according to Ian Rapoport.

“Weâ€™ll see if they end up bringing him in for an interview. And that is a place that has discussed hiring Jason Garrett in the past. If Garrett was free a couple years back they might have taken a look at him during one of their previous coaching searched,” he continued.

The Giants haven’t, however, scheduled an interview with Garrett just yet. Possibly because the front office isn’t impressed with his resume and his inability to win with a talented team, and possibly because of the protests from the fanbase against such a move.

Still, while Garrett hasn’t had playoff success, his teams tend to beÂ good at least and he has a veteran status as a head coach, something that the more risky candidates for the position such as Matt Rhule lack. That might not end up being worth much, but with Mike McCarthy off the market, there’s only so many options after all for the Giants if they wish to depart from their trend of taking risks on hot head coaching prospects who don’t quite turn out as expected.

TheÂ New York GiantsÂ are in the middle of another disappointing season. At 2-9, fans are fed up with the Giants’ losing ways and are pointing blame towards the team’s head coach Pat Shurmur. Shurmur has led the Giants to 7 wins in the past two seasons, so the criticism is warranted.

It is not just the fans mulling head coach replacement options. The Giants’ organization is considering it too. In fact, co-owners Mara and Tisch have penciled down two potential head coach options if they do decide to fire Pat Shurmur after this season.

One of the mostÂ shocking Giants reportsÂ in recent memory is their reported interest in Dallas Cowboys’ head coach Jason Garrett. It seems more and more likely every week that Cowboys owner Jerry Jones will be moving on from his head coach this offseason, and apparently, the Giants would be interested in signing him if that were to happen.

Jerry Jones and the Cowboys’ front office has done an incredible job building the Cowboys’ roster in recent years. The team has its franchise quarterback Dak Prescott as well asÂ 6 First-Team All-ProsÂ on the roster and numerous Pro Bowlers. A roster this talented should have seen some legitimate playoff success by now, but under head coach Jason Garrett it has not.

Garrett has been the head coach of the Cowboys since 2010. Dallas has been in and out of the playoffs through the years and has not reached a Super Bowl with Garrett at the helm. Jerry Jones’sÂ patience is running thin, which could lead to him firing Garrett this offseason unless the Cowboys somehow manage to win a Super Bowl this year.

This begs the question, why are the Giants interested in Jason Garrett? Well, he would be the most experienced head coach candidate this offseason. Additionally, he has been to the playoffs three times in the last five years (though he has never made it past the Divisional Round).

Experience would be the Giants’ main reason for hiring Garrett. The former offensive coordinator has had aÂ top ten offenseÂ seven times in the past thirteen years, and only three seasons with an offense ranked worse than the fifteenth. The Giants could see Garrett as a potential upgrade on offense.

Matt Rhule has spent significant time as a coach on both sides of the ball. He is a well-rounded and intelligent coach that could help the Giants improve their offense and their defense. â€œThe players on the team feel like Iâ€™m the head coach, not an offensive head coach,â€Â Matt Rhule said.

The Giants’ past two head coaches have been offensive. Ben McAdoo did not last more than two seasons, and it looks like Pat Shurmur could be headed down the same unfortunate path. The Giants would benefit tremendously from a head coach to manage and understand both sides of the ball. Matt Rhule would be an excellent fit in that role with experience as a quarterbacks coach and a linebackers coach.

When the rumor broke that Dallas Cowboy’s head coach, Jason Garrett, could be a consideration for the New York Giants if they fire Pat Shurmur after the 2019 season, I shook my head knowing John Mara would do something as stupid.

Garrett coming to New York wouldn’t surprise me one bit. He would continue the spell of lousy head coaches for Big Blue, who all seem to lack time management and are keen on retaining offensive play-calling for themselves. The Cowboys only recently forced Garrett to give up his play-calling duties to Kellen Moore, who has the Cowboys ranking 1st in the league in most categories.

The New York Giants made a similar mistake with Shurmur as they did with McAdoo. They chose a new approach instead of favoring experience. Shurmur only spent minimal time as head coach with the Cleveland Browns and was then thrust back into the offensive coordinator role with the Vikings. However, he has done a good job developing Daniel Jones without a consistent offensive line and injuries plaguing the team.

The time allocated towards Jones seems to be too significant, though, as Shurmur has failed to manage the team in-game and utilize the correct personnel. General manager Dave Gettleman hasn’t given him much talent to work with, regardless. His 2018 draft selections are becoming none factors or are currently off the team (BJ Hill, Lorenzo Carter, Kyle Lauletta). His 2019 draft picks have been inconsistent, especially in the secondary. DeAndre Baker, Corey Ballentine, and Julian Love have been unable to leave their mark frequently.

Bringing in Garrett would mean the New York Giants have to get rid of Gettleman as well. Shurmur is on a multi-year contract and has been entrusted with turning the team around with the personnel at hand. Making a gut-change might back-fire even more and set the team back years. The reality of Garrett coming to New York is unlikely, but we said the same thing about trading Odell Beckham Jr.