A head-scratcher at the end of the third quarter sealed New York Knicks’ fate in Phoenix.

In just a blink of an eye, the Knicks gave up four quick points that tilted the momentum and proved to be the harbinger of doom.

The Knicks lost to the Phoenix Suns for the second time in 11 days, dropping a painful 128-105 loss on the road Friday night.

It was their second straight blowout loss after opening their West Coast trip with two easy wins.

The Knicks blew an opportunity to keep their closest rivals for the fourth seed after squandering a seven-point lead in the second half.

Derrick Rose’s three-pointer gave the Knicks an 88-81 lead with 1:01 left in the third quarter. Then it went all downhill from there.

Torrey Craig tipped in a Devin Booker miss with 0.8 second left before Cameron Payne scored off a lazy inbound pass by RJ Barrett.

The bizarre sequence capped off a 9-0 Phoenix run as the Suns took their first lead since the first quarter.

Payne inflicted so much pain on the Knicks that paralyzed them in the fourth quarter.

The Suns capitalized on that Knicks’ blunder and continued to wax hot. They went on a 22-6 run in the first six minutes of the final quarter. That took the wind out of the Knicks, who ultimately lost their composure.

Taj Gibson and Julius Randle picked up a technical foul each in an ugly fourth-quarter display for the Knicks.

Gibson, who felt Chris Paul undercut him in a rebound battle, poked a bear in Paul with an elbow shove.

Paul was cruising on his 36th birthday, but once he smacked the floor, he fired back with seven straight points for a 114-99 Suns’ lead.

Paul wrapped the win as his birthday gift to himself with a double-double (17 points and 11 assists).

Randle was the next Knick to lose his poise, pushing Jae Crowder after a heated exchange before the play. Crowder responded with a big three-pointer right after.

The loss dropped the Knicks to 2-2 in their crucial West Coast trip with the two Los Angeles teams left in the schedule.

“They’re a terrific team,” Tom Thibodeau tipped his hat to the Suns (48-19), who remained in the hunt for the league’s best record. “It was a very competitive game until the fourth (quarter). I thought, for three quarters, our defense was very good. We felt we need to play 48 minutes to win.”

Just like in their first meeting at the Garden more than a week ago, the Suns buried the Knicks with red-hot outside shooting in the second half.

Phoenix shot 12-of-20 three-pointers in the second half after going 6-for-21 in the first two quarters.

Crowder, in his first game back from an ankle injury, was lethal. He hit half of his 12 three-point attempts to lead the Suns’ second unit with 18 points.

Noel was limited to five points and five boards with no steal or block shot.

Gibson tried in vain to pick up the slack with 11 points and six rebounds off the bench. Derrick Rose had 17 points but didn’t score in the fourth quarter.

Randle led the Knicks with a double-double (24 points and 11 rebounds) but scored only three points in the fourth quarter.

Barrett (23 points, eight rebounds, and three assists) was having a terrific game until his mental meltdown at the end of the third quarter.

The Knicks are hard-pressed to bounce back as they swing to Los Angeles to face the Clippers on Sunday and the Lakers, who might have LeBron James back by then, on Tuesday.

“I’m not worried about both of them. I’m just worried about the next one,” Thibodeau said. “I like these games for our team. I think it shows us where we are and the things we need to work on. That old saying ‘Iron sharpens Iron.’ Hopefully, we can improve. It will help us down the road.”

The Knicks (37-30) will need to win three of their last five games to avoid the play-in tournament.

After this rough West Coast trip, the San Antonio Spurs, Charlotte Hornets, and the Boston Celtics await them at home. 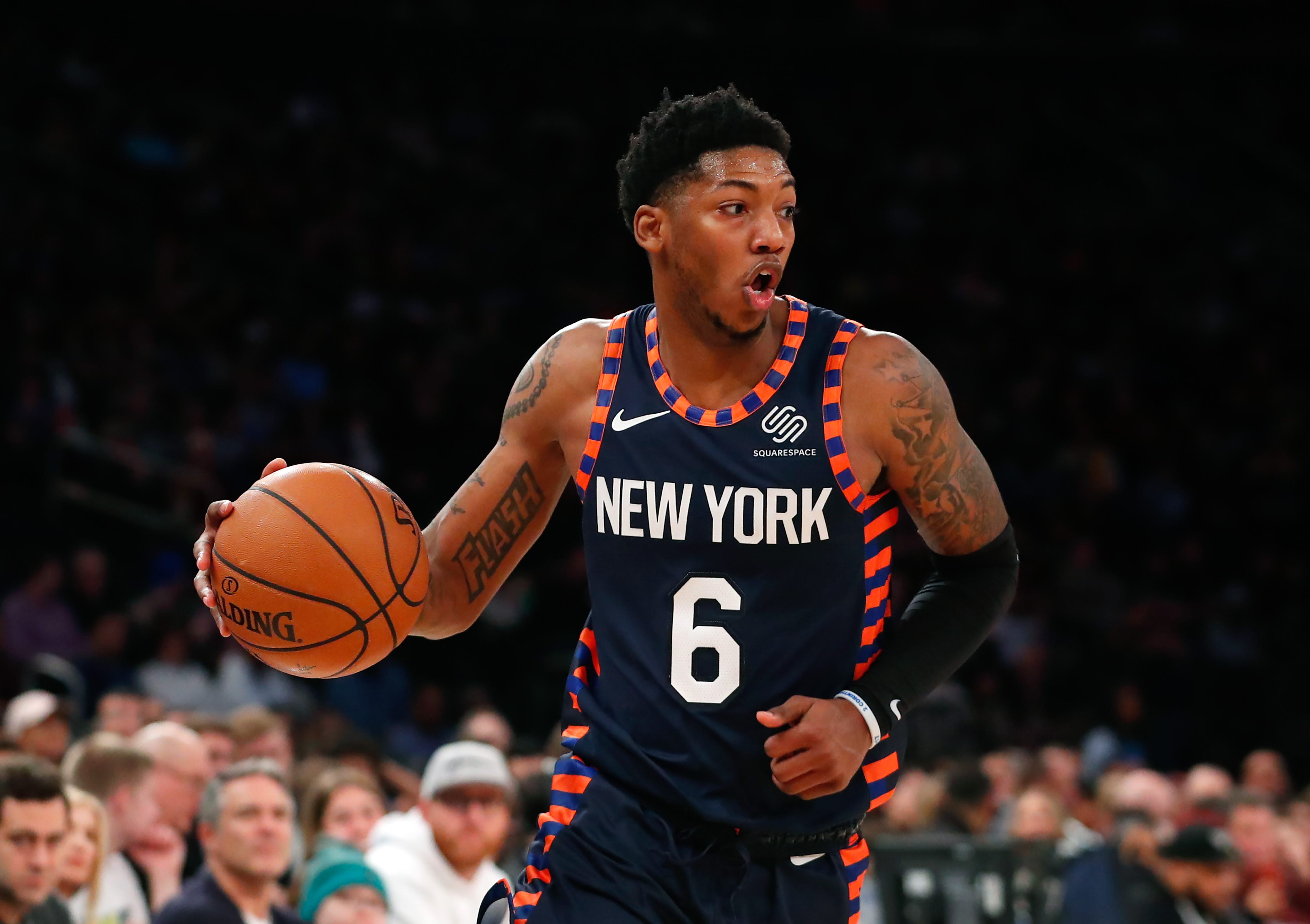 The New York Knicks continue to be the biggest disappointment of the 2019-20 NBA season.  The Garden faithful continue to voice their opinion on selling the team but still attend.  Knicks fans deserve a lot of credit as they stuck around for another embarrassing lose at home to the Memphis Grizzlies, 127-106.

As we mentioned yesterday, everything with the Knicks continue to be a broken record.  Mike Miller plays the veteran players too much and the team still loses.  It’s already at the point were fans are struggling to get through a single game.

The only thing to note about the Knicks games, besides disappointment, was a scuffle that occurred at the end of the game.  There was a lot of chirping throughout the game between Jae Crowder, Marcus Morris and Allzono Trier.  Elfrid Payton got into the mix by shoving Crowder for taking a 3 with 48 seconds left in the game with the Grizzlies up 18.

It was uncalled for by Crowder but there has to be a lot of built up frustration from the Knicks with this disappointing season.

The New York Knicks owner appears extremely frustrated with last night performance.  But, if he was really watching, this has been all season.  If he’s upset then how does he think the fans feel?  Sell the team then.  Or, maybe he should start to take more control of the team and relieve people of their duties, clean house.

Playing the veteran players hasn’t been working and it won’t work.  The team is laughable and a major disappointment.  There body language says it all.  It’s hard to believe that a few months ago, we thought his Knicks team can sneak into the 8th seed.  They have the 3rd worst record in the league.

While some fans try to remain optimistic, it’s really hard to do so.  The only glimmer of hope of RJ Barrett and Mitchell Robinson and it’s it.  The Knicks are going to continue to be a laughing stock of a team and organization until there’s a major overhaul.