New York Knicks continue to be a disappointing team 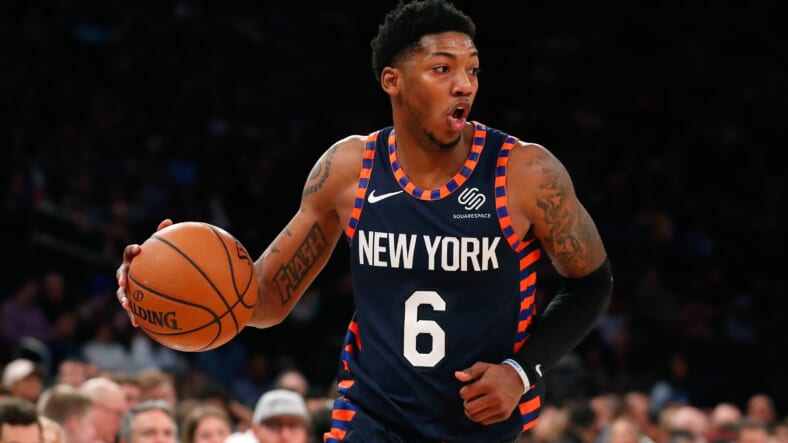 The New York Knicks continue to be the biggest disappointment of the 2019-20 NBA season.Â  The Garden faithful continue to voice their opinion on selling the team but still attend.Â  Knicks fans deserve a lot of credit as they stuck around for another embarrassing lose at home to the Memphis Grizzlies, 127-106.

As we mentioned yesterday, everything with the Knicks continue to be a broken record.Â  Mike Miller plays the veteran players too much and the team still loses.Â  It’s already at the point were fans are struggling to get through a single game.

The only thing to note about the Knicks games, besides disappointment, was a scuffle that occurred at the end of the game.Â  There was a lot of chirping throughout the game between Jae Crowder, Marcus Morris and Allzono Trier.Â  Elfrid Payton got into the mix by shoving Crowder for taking a 3 with 48 seconds left in the game with the Grizzlies up 18.

It was uncalled for by Crowder but there has to be a lot of built up frustration from the Knicks with this disappointing season.

The New York Knicks owner appears extremely frustrated with last night performance.Â  But, if he was really watching, this has been all season.Â  If he’s upset then how does he think the fans feel?Â  Sell the team then.Â  Or, maybe he should start to take more control of the team and relieve people of their duties, clean house.

Playing the veteran players hasn’t been working and it won’t work.Â  The team is laughable and a major disappointment.Â  There body language says it all.Â  It’s hard to believe that a few months ago, we thought his Knicks team can sneak into the 8th seed.Â  They have the 3rd worst record in the league.

While some fans try to remain optimistic, it’s really hard to do so.Â  The only glimmer of hope of RJ Barrett and Mitchell Robinson and it’s it.Â  The Knicks are going to continue to be a laughing stock of a team and organization until there’s a major overhaul.