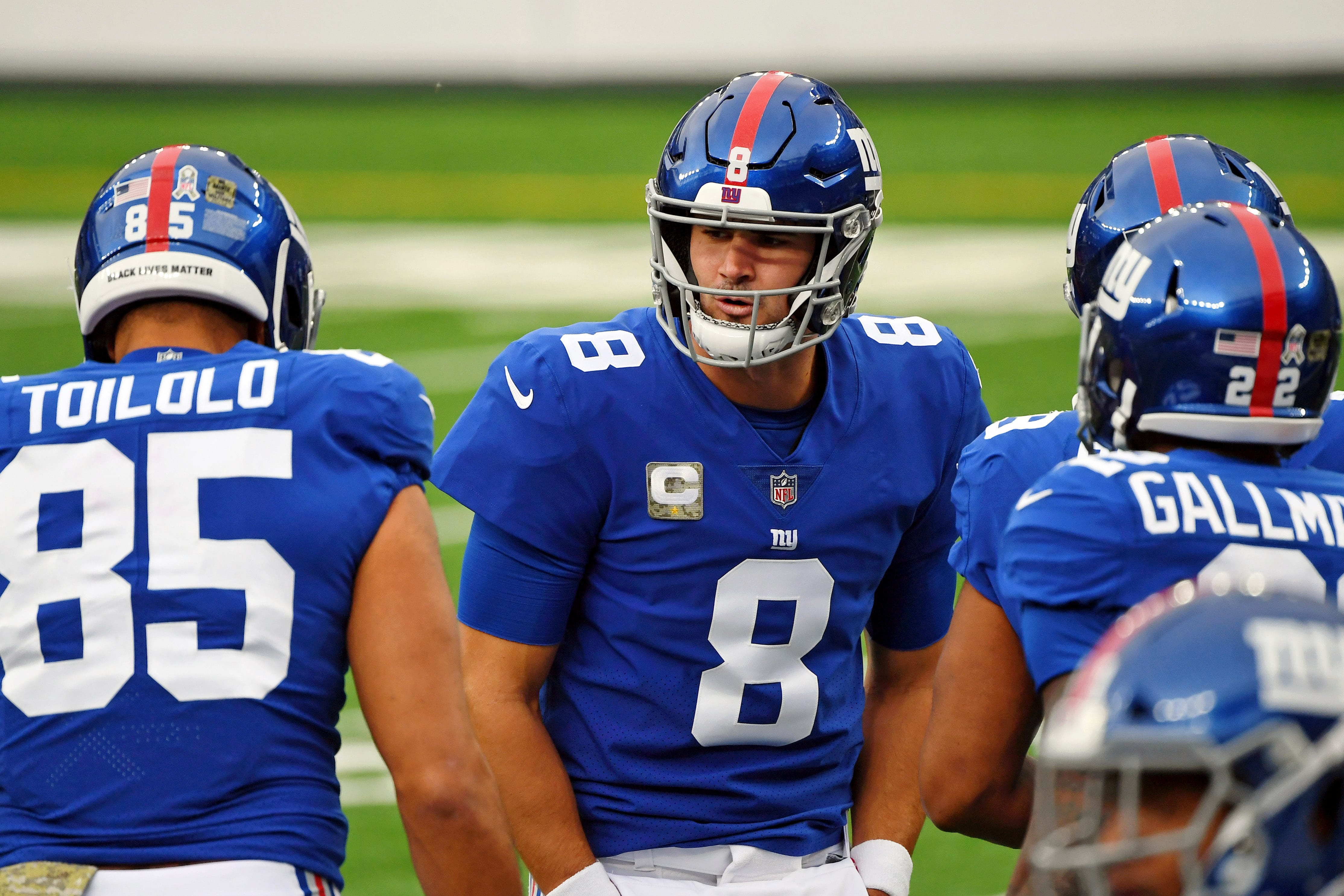 Looking ahead at the New York Giants 2021 regular-season schedule, their upcoming game against the Atlanta Falcons might be their best chance to secure victory and begin to shift momentum.

After two consecutive losses to the Denver Broncos and Washington Football Team to open the season, the Giants are barely treading water as they prepare to take on the New Orleans Saints, Dallas Cowboys, Los Angeles Rams, and Carolina Panthers consecutively. That is not even to mention their matchups against the Chiefs and Buccaneers in November. They need to begin playing clean football without self-inflicted wounds, which have severely limited their success to start the year.

With head coach, Joe Judge guaranteeing a disciplined unit and a product fans would be proud of, starting the year with two losses isn’t exactly what he predicted. However, there’s plenty of time to turn the ship around, and the Falcons present a perfect opportunity to do so.

With Eli Manning having his jersey retired at halftime against Atlanta, the Giants have a few goals in mind to overcome a team that has given up an average of 40 points through two games. Last week, they gave up 48 points to the Tampa Bay Buccaneers, and with the Giants securing 29 points against Washington last week, their offense has a clear-cut advantage.

What the New York Giants will be trying to accomplish:

To start, Daniel Jones needs to piece together another consistent game throwing and running the football. He nearly had two rushing and passing touchdowns last week if not for a costly drop and holding penalty on WR, CJ Board. Establishing the running game, controlling the clock, and winning the turnover battle must be the priority.

The Falcons will be without starting corner AJ Terrell and receiver Russell Gage, presenting a few match-up advantages on both sides of the ball. Terrell has been their best boundary corner this season, not allowing a reception last week against the Buccaneers. With him missing the game, the Giants should have a field day in the passing game, but running back Saquon Barkley should also take advantage of a unit that is averaging 127.5 yards allowed on the ground per game.

Overall, the Giants need to play a disciplined and clean game in Week 3, changing the narrative after a messy start to the season. In addition, the defense, who was expected to be a top-10 unit entering the year, has disappointed massively. Matt Ryan threw two interceptions which were taken for touchdowns against Tampa, so the Giants have a tremendous opportunity to right the ship and reset the clock on their season. 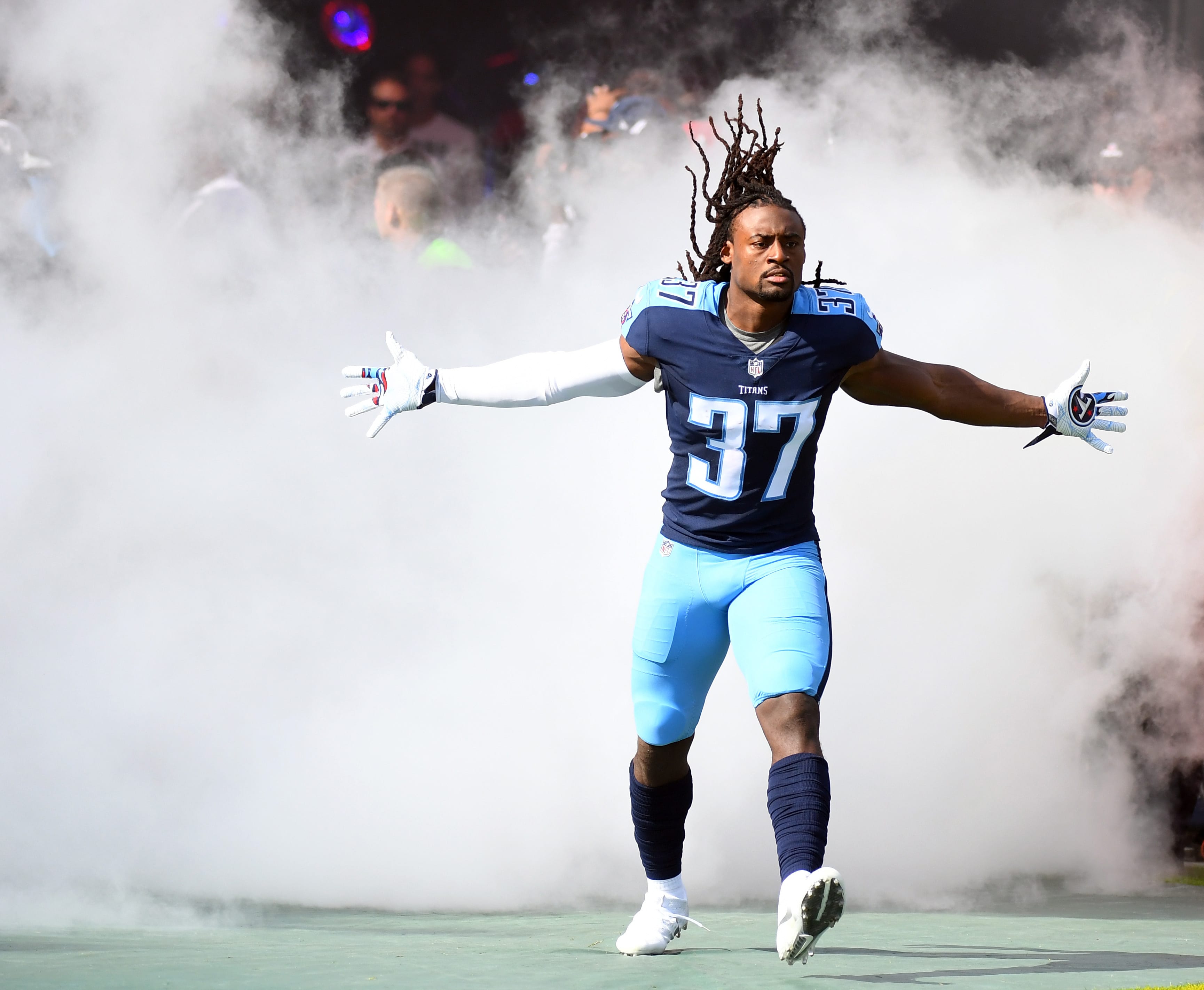 On the field, Atlanta Falcons’ Johnathan Cyprien is a strong safety and off the field, he is just as strong when it comes to donating his time!

Often times you can find Cyprien helping others, something it is clear he loves to do. Through his foundation the Cyp Squad At Risk Youth foundation, Cyprien has done some amazing work benefiting kids who are underprivileged.

When Cyprien had time off, he used it to spread joy to others by joining with a youth football league in Nashville.  He also hosts a free football camp for kids ages 7 to 17 and joins in on his teammate’s camps as well to help out and teach essential skills.  To benefit charity, Cyprien also hosted a Pro Bowl watch party complete with a fun meet and greet and awesome NFL memorabilia.

To inspire the Police Athletic League, Cyprien attended their charity golf event and surprised them with a signed jersey for their youth teaching center.  Knowing just how vital and pivotal education is, Cyprien read books to kids to help forge their love of learning.  His tremendous charitable work earned him the key to North Miami Beach.  When it came time for the annual Music City Bowl, he gifted kids of the Boys and Girls Clubs of America tickets to the event.  When back to school time comes, Cyprien provides backpacks filled with all of the necessary school supplies.  Cyprien has also sponsored and granted wishes for numerous kids in need, putting a smile on everyone involved faces.

When the Coronavirus pandemic struck, Cyprien posted a message of inspiration on Instagram saying that we must all stay safe, stay home, and stay strong.  Like he always does, he encouraged us to stay positive and make the best of it and better ourselves and others along the way, which is exactly what he did.  Knowing how difficult it is to get groceries at this time due to store policies, procedures, and safety measure and precautions as well as lack of availability, Cyprien decided to partner with Joshua’s Heart, which aims to eradicate food insecurity and alleviate poverty and hunger for those in need, to provide 400 families in the city of North Miami Beach, Florida.  A kind gesture like that can go a long way for those who need it most.  Cyprien also partnered with Camarbre, a lifestyle brand to sell masks with proceeds benefiting his foundation.  To purchase one go to https://www.camarbre.com/face-mask

Recently, Cyprien donned a shirt adorned with the powerful, yet simple words “Love Everybody”, a message we should all live by and enact in our daily lives! Johnathan Cyprien often proclaims “God blessed me, so I can bless others” and boy does he embody that mantra to the fullest!