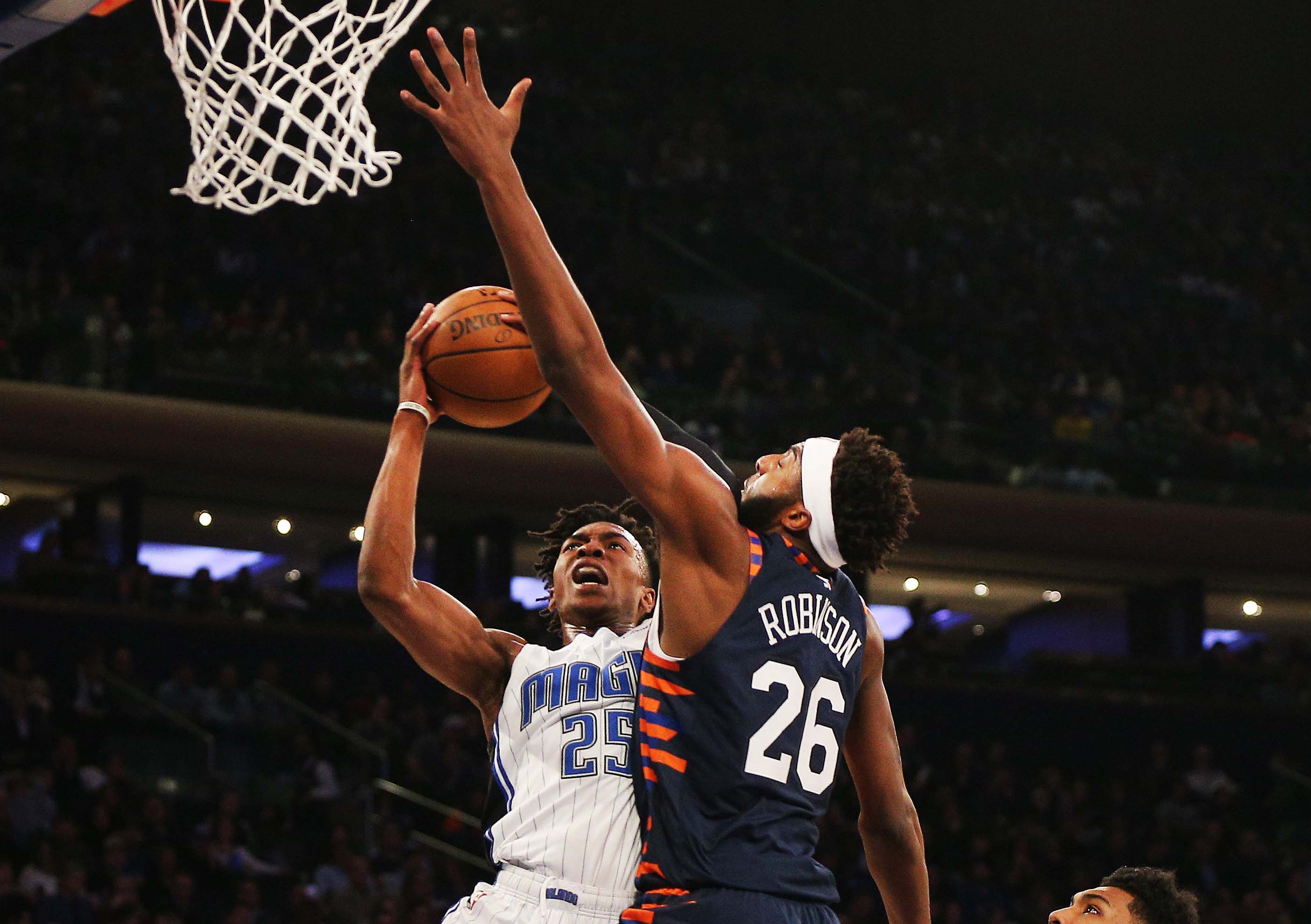 While the New York Knicks utilized Mitchell Robinson and DeAndre Jordan in an interchangeable role last season, the younger of the two should see far more playing time in 2019.

Averaging about 20 minutes per game in 2018, Robinson gained essential experience that will help him develop even further in the season ahead. His 2.4 blocks per game put his defensive capabilities on display, leading all rookies in the category and ranking second in the NBA — add in his 7.3 points per game and you can justify making him the everyday starter.

His elite shot blocking is only a portion of the potential Mitchell represents. He can be a top rim protector in the league with a bit more growth and muscle mass.

New York Knicks: What does Mitchell Robinson need to work on?

His biggest issue is movement on the court. He can get lost in rotation and leave opposing players open with driving lanes or clear shots. He will need to refine that part of his game if he wishes to become a truly elite player at the professional level.

One way I see Robinson making an impact in the future is off the pick and roll. His ability to spin off blocks and get to the rim in a hurry is impressive. It also helps his teammates get open looks at the basket. Additionally, his 2.6 offensive rebounds per game are top-notch given his 20 minutes per game average.

The most exciting part of the young center is the obvious progression he made throughout the course of the season. He finished the back end of the year shooting 70% from the field. He has the potential to be a very influential player on the Knicks, and they need to dedicate more playing time for the cause of his development, otherwise, they will just be stunting his growth.