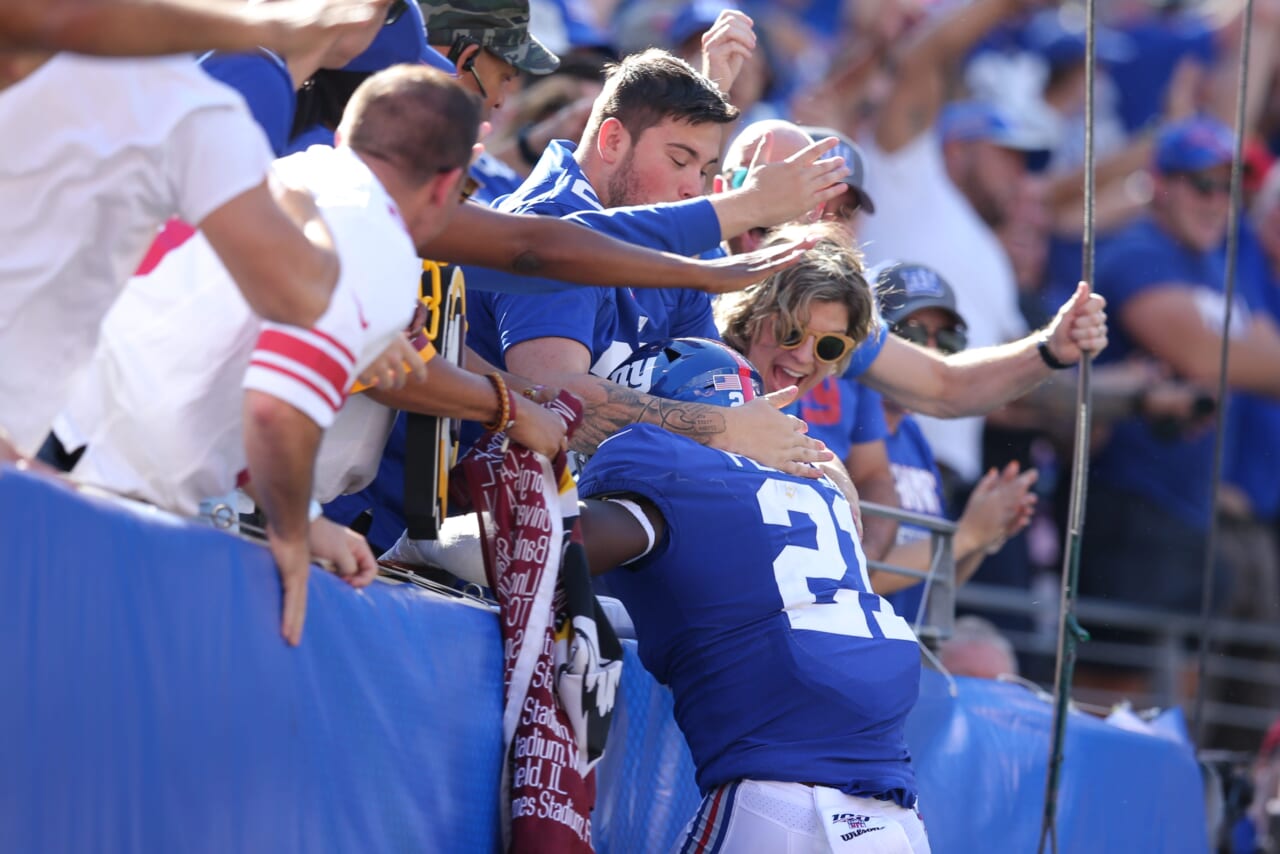 The New York Giants are on a two-game win streak and are looking to make it three today against the Minnesota Vikings. New York sits with a 2-2 record. If the Giants win today, they will have their first winning record since 2016. It is a crucial game for the Giants.

But this will be no easy matchup for the Gmen. The Minnesota Vikings have been struggling this season, but their offense has enough talent to create some trouble for the Giants’ defense.

The Vikings have been dependant on their running game so far this season. Third-year running back Dalvin Cook is having a breakout season and keeping the Vikings’ offense together. Dalvin has received 20 or more touches in each of the Vikings’ first four games this season.

Through these first four weeks, Cook has accumulated 410 rushing yards, good for second-best in the league. Dalvin is also leading the league with 5 rushing touchdowns so far.

The Giants will have a tough time matching up against the Vikings’ run game today. They are incredibly thin at linebacker after losing Ryan Connelly, Alec Ogletree, and Tae Davis to injury. The Giants will start David Mayo at linebacker. He had a solid performance in week four, but the Giants will need him to build on that in order to defend Dalvin Cook.

Unfortunately for Minnesota, Dalvin Cook’s dominance has not led to many wins. The Vikings are 2-2, just like the Giants. This is obviously not Cook’s fault. The Vikings’ passing attack is to blame for their even record.

The Struggling Passing Game Ready To Break Out

The Minnesota Vikings are 2-2. They can thank Dalvin Cook for those two wins, but could also blame Kirk Cousins for those two losses, as many fans have. Fans have given Kirk criticism for missing open receivers:

Thielen criticized the Vikings for being “one-dimensional” on offense. The Vikings’ offensive struggles have been surprising because Adam Thielen and Stefon Diggs were one of the league’s best wide receiver duos in the NFL last year, combining for 2,394 yards and 18 touchdowns. So far, however, the Vikings’ receivers have not lived up to expectations.

Many expect this to change in week five against the Giants. The Vikings are expected to open up their offense and try to get Thielen and Diggs heavily involved in order to fix their offensive inconsistency. The Giants’ defense is a favorable matchup for Minnesota’s offense.

The Giants’ defense allowed their opponents to have huge offensive performances in each of the first three games of the season. New York allowed the Cowboys to gain 405 yards and 4 touchdowns through the air, then allowed Josh Allen to throw for 237, and then allowed Jameis Winston to toss an impressive 355 and 3 touchdowns. The Vikings are aware of this and will look to be the next offense with a breakout game against the Giants.