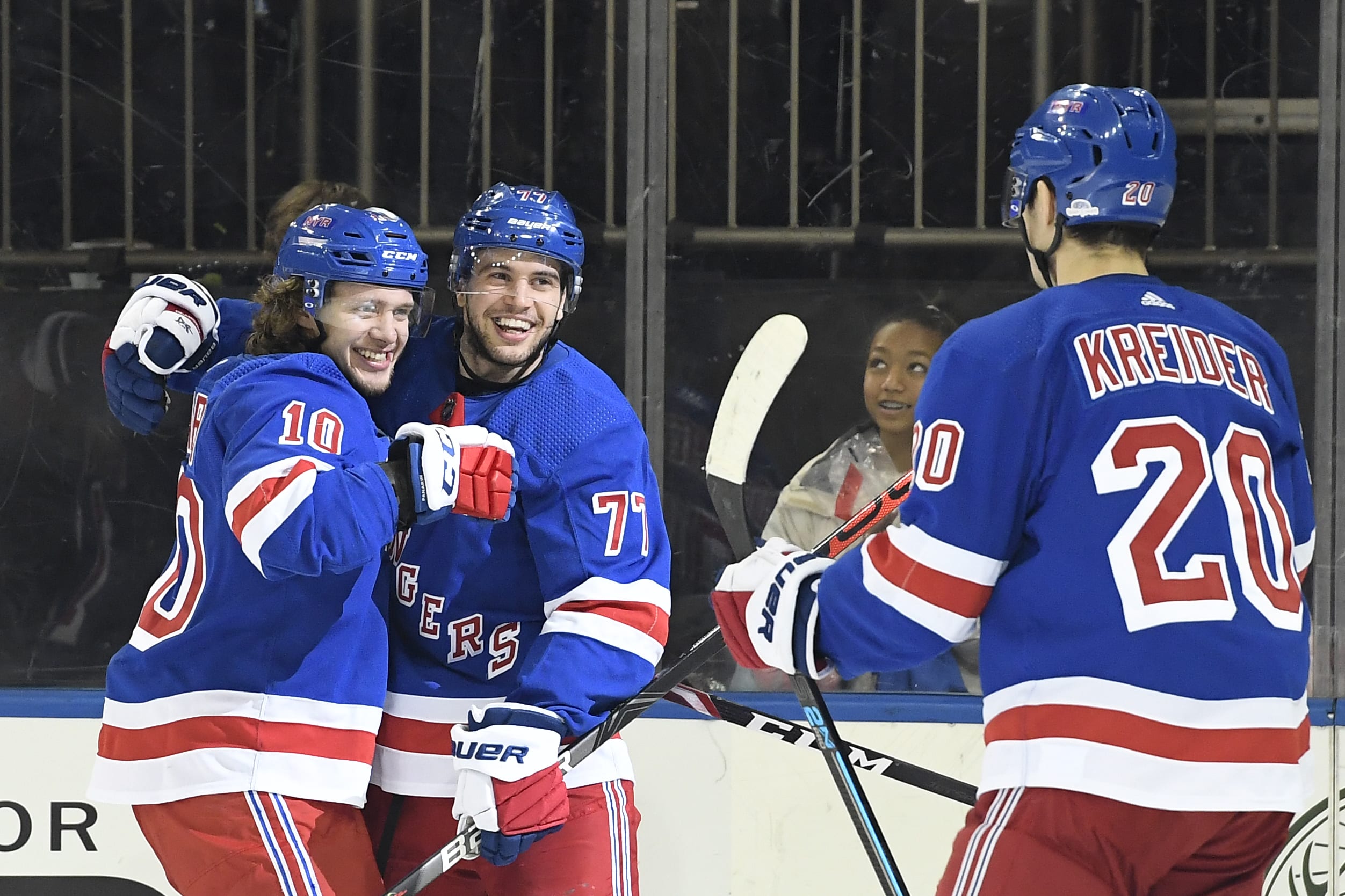 The New York Rangers knew they were heading into a critical stretch of their schedule. Coming off the NHL three-day holiday break, they tinkered with some lines and used some inspired play to down the Carolina Hurricanes 5-3. The Rangers top players came up big as Henrik Lundqvist stopped 39 shots, and Artemi Panarin and Mika Zibanejed each tallied three points.

One of the most significant factors of the night was that the Rangers ended their 0-18 streak on the power play, tallying two power-play goals out of five chances. In fact, the entire specials units for the Blueshirts were outstanding as they also killed all five of Carolina’s power-play chances.  Zibanejad scored the two power-play goals and added his third point on an assist for Chris Kreider’s goal.  Panarin had a goal and two assists, giving him 14 points in his past nine games. In fact, the highlight of the night was not a goal, but rather Panarin’s spectacular pass to Ryan Stromme that set up the Ranger’s fifth and final goal.

The critical decision of the game came from the coaching staff, especially the video crew, when Carolina had a would-be first-period game-tying power-play goal by Sebastian Aho overturned after the Rangers challenged for offside. Both teams cited this as a massive momentum shift.   The only negative that came from the game was that forward Brendan Lemieux sustained a fractured hand and would be out indefinitely. In his post-game comments, Head Coach David Quinn didn’t have details on a timeframe for Lemieux’s injury or if the Rangers would recall a forward from Hartford.

The Blueshirts will be back in action tonight when they face Original Six foe the Toronto Maple Leafs. The Leafs also played on Friday, defeating the New Jersey Devils 5-4 in overtime. Toronto suffered a critical injury of their own Friday night when forward Ilya Mikheyev sustained a significant laceration to his wrist in the third period. He was transported to a Newark, NJ hospital for evaluation, and remained there overnight. Late reports stated that Mikheyev is stable and has full feeling in his hand and fingers. Face-off is at 7 pm, and the “Hockey Night in Canada” feature game will be shown on MSG+ and the NHL network. 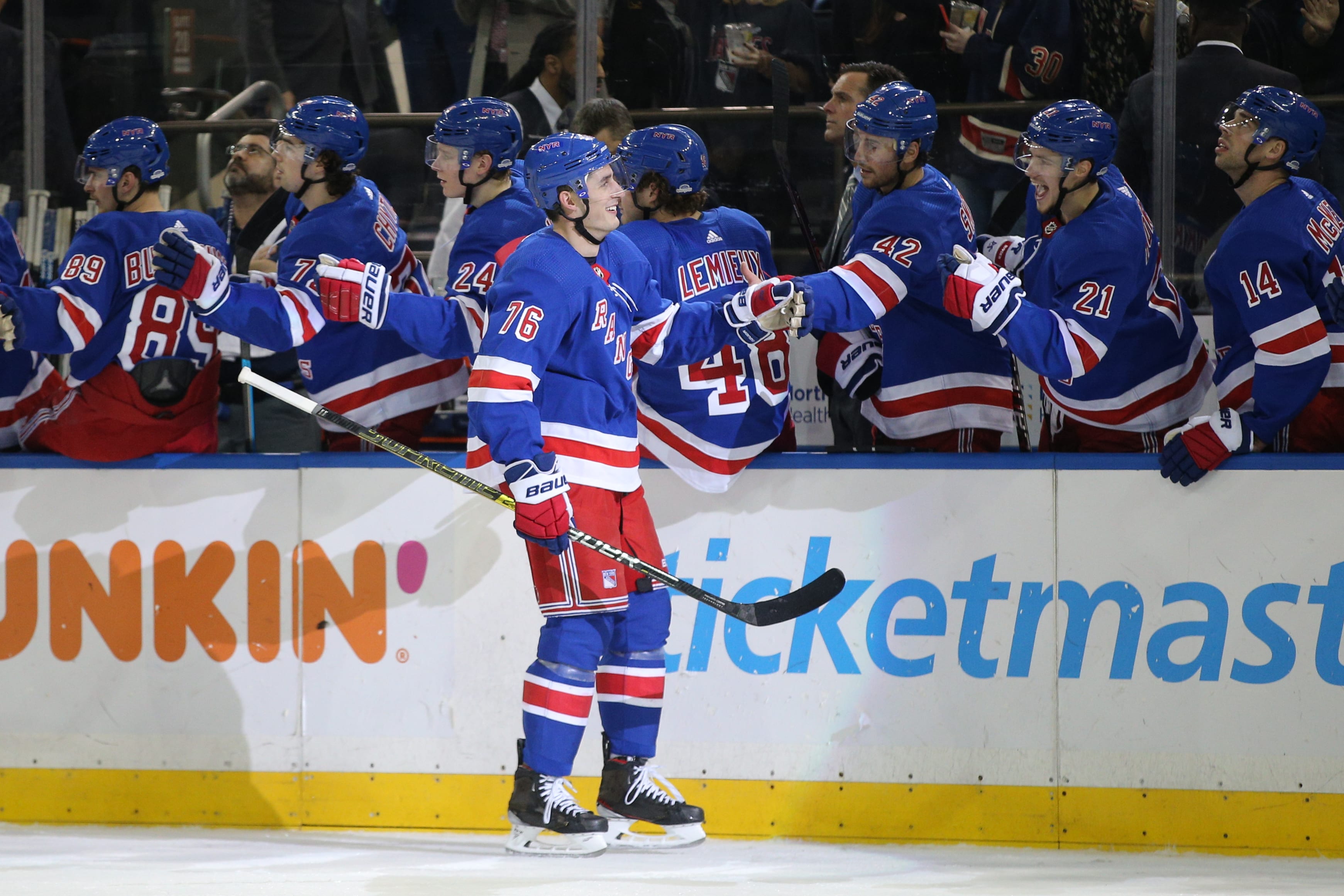 The New York Rangers had a theory: That a three-day break after a long West Coast trip may rejuvenate their team. In 1985, The Coca-Cola Company decided to replace its traditional product with “New Coke.”  Neither theory worked. New Coke was widely criticized and was eventually dumped. On Friday night, the Rangers were trounced 6-3 by the Toronto Maple Leafs.

In reality, the Rangers did need a bit of a break.  The Rangers started December having played eight games in 11 days.  After a 4-1 loss to the visiting Vegas Golden Knights on Dec. 2. They then had a back-to-back, in Columbus and at home against the Canadiens, before leaving on the weeklong four-game trip out west. That trip went from Las Vegas to Los Angeles, then north to San Jose, and back south to Anaheim for a Saturday afternoon game.  After flying back home, they played the Nashville  Predators in the Garden on Monday, losing 5-2.  I am tired just writing about it. Following a day off Tuesday, the team returned to the ice for a light practice Wednesday with five players taking maintenance days: defensemen Marc Staal and Tony DeAngelo, and forwards Ryan Strome, Artemi Panarin, and Pavel Buchnevich.  Seeing how this week played out, one would think that the Blueshirts would be ready to go on Friday night against the Leafs. That did not happen.

A clunker of a game

The thought was that goaltender Alexandar Georgiev would be the perfect man in the net against the Leafs, as when he stopped 99 out of their 101 shots last season. Unfortunately, Georgiev allowed a season-high six goals in last night’s debacle. This, of course, comes after I referred to him as “red hot” in a recent article.  But there is plenty of blame to go around.  The Rangers were outshot 40-22 and gave the puck away 23 times. They went 0-for-3 on the power play, extending their streak to nine man-advantage opportunities without a goal. Toronto nabbed 12 takeaways.  In his post-game press conference, Head Coach David Quinn stressed “a need to pay more attention to detail” for his young team.

The schedule ahead is also difficult

Friday’s loss is followed by a back-to-back, starting with a  Sunday matinee at home against the Ducks and then heading to  Philadelphia Monday night. The Rangers will get another break with the league-wide three-day dark period for Christmas. They come out of that with another back-to-back, Friday at home against the Hurricanes then in Toronto on Saturday, which leads right into their New Year’s trip, this time going through western Canada starting in Edmonton.  Coach Quinn and the young Rangers will be challenged more than ever as they try to end this three-game losing streak. 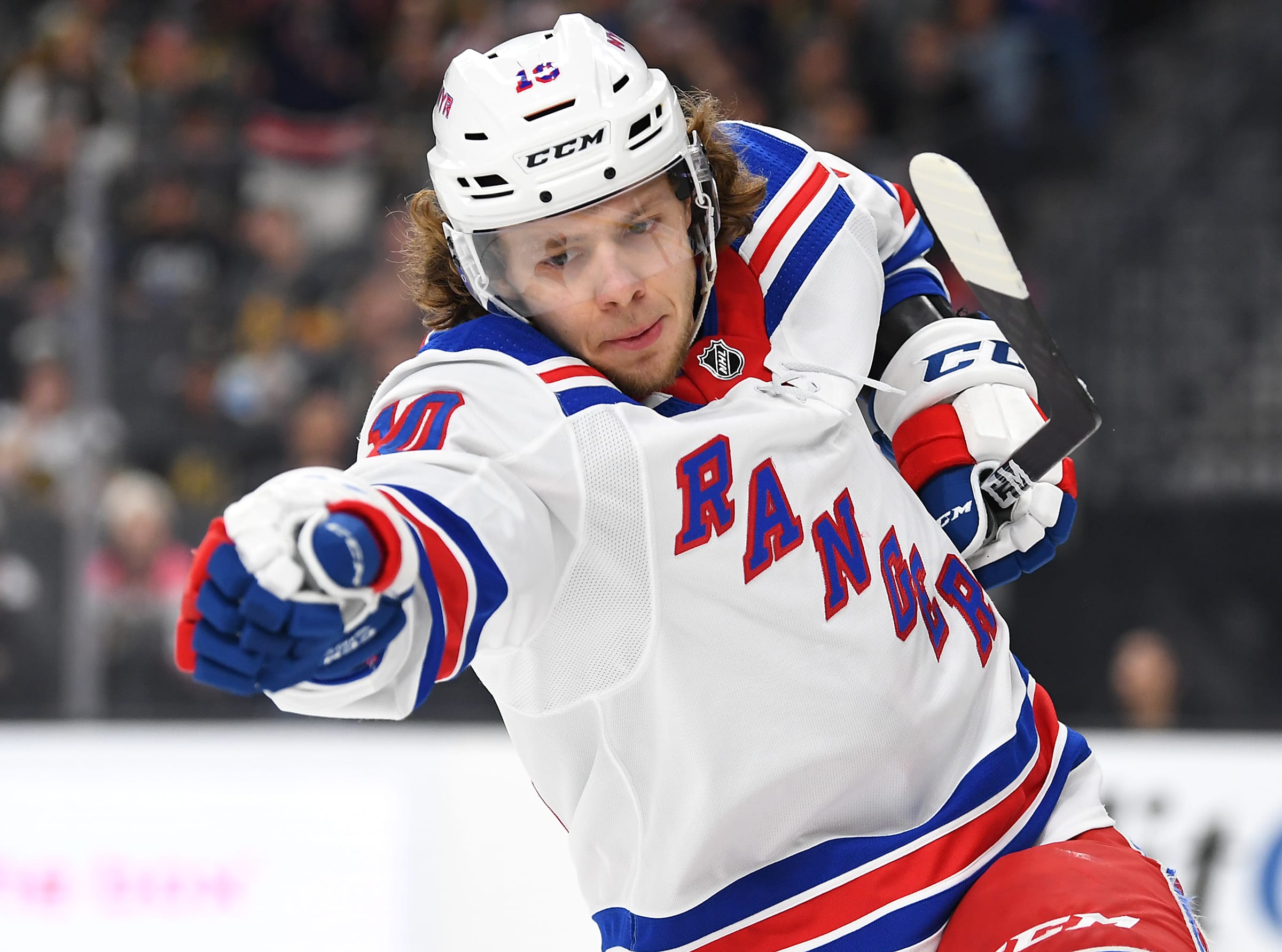 Quick Question: When is the last time the New York Rangers had a 100 point scorer in a season? You have to go back to the 2005-06 season when some guy named Jagr scored 123. The Rangers have a player that is on pace to duplicate that feat in their significant free-agent acquisition Artemi Panarin.

So far, Panarin has been everything the Rangers had hoped for when team President John Davidson signed the forward in the offseason. It probably helped that Davidson had been President for Columbus, where Panarin lead that team in scoring the past two seasons. Panarin was brought in help anchor a young rebuilding team and is now on pace to score 110 points over 82 games.

How Great Has Panarin Been for the Rangers in 2019?

Early on, Panarin started paying dividends as he put up a 12 point streak from Mid-October to Mid-November, providing the Rangers with the scoring consistency a young team needs. Panarin has been vital in helping frequent linemates Jesper Fast and Ryan Strome, who has also seen a bit of revival since being acquired from Edmonton last year. Strome has been so impressed with Panarin and skill set that he has frequently referred to him as a “game-breaker.”

Even though some may consider 33 games too small a sample size, Panarin scoring 20 goals and 23 assists for 43 points is not out of character for him. He did lead Columbus in scoring last season with 87 points. He also scored 77 and 74 points in his first two years with the Chicago Blackhawks while sharing ice time with prolific scorers Patrick Kane and Jonathon Toews.

Panarin has also been a positive force in the locker room. Up and down the roster, players have pointed to his commitment to playing an all-around game as one of his standout qualities. Teammates also describe him as a guy who is dynamic offensively but is willing to play that whole 200-foot game, which lets everyone know that, if he can do it, everyone has to buy into that defensive responsibility as well.

Free agency can be hit-or-miss in any league, but it’s safe to say that the New York Rangers’ decision to pursue Artemi Panarin has been a very good one.