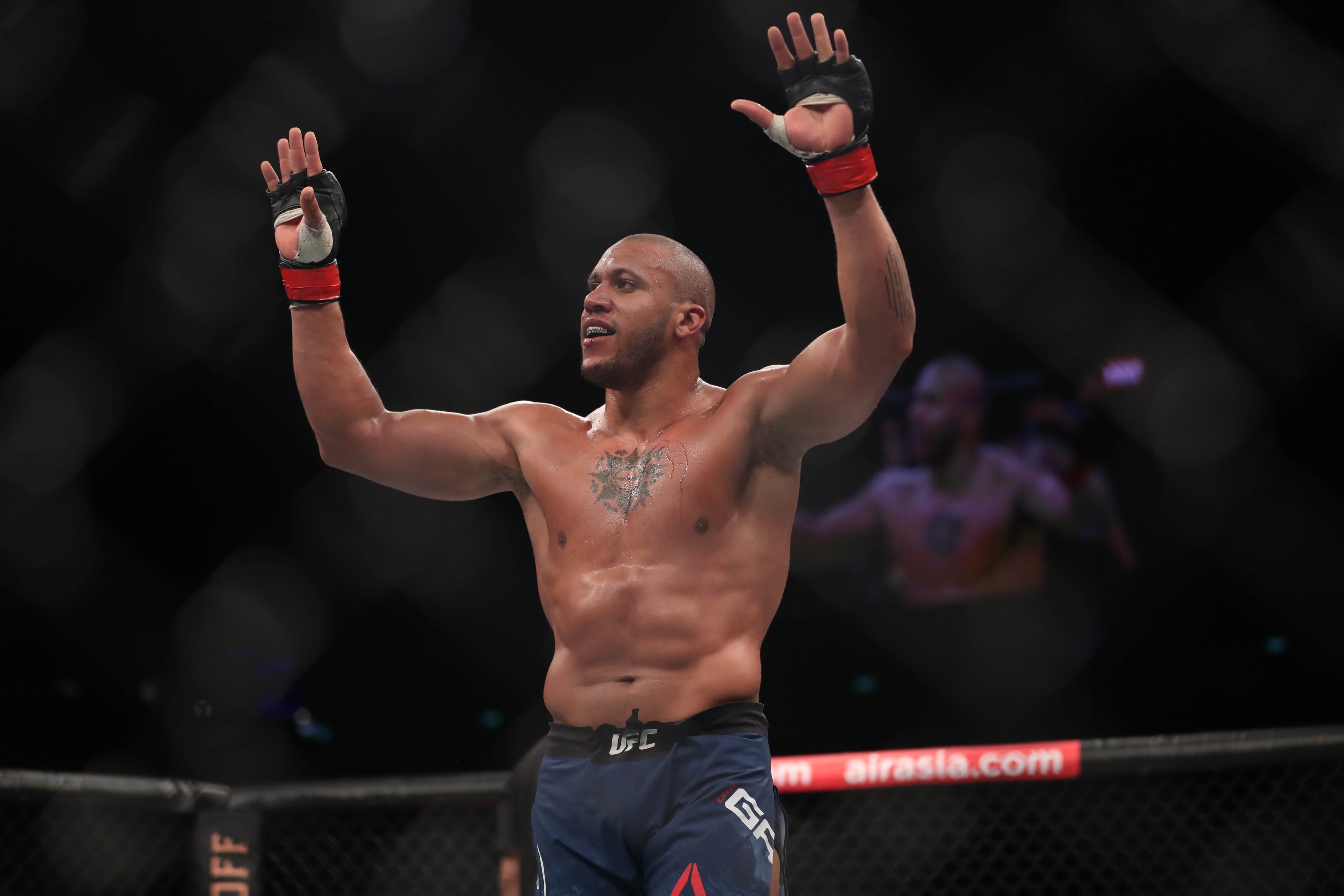 UFC Fight Island 6 has taken a big hit. The card that will take place this Saturday night from Fight Island has lost it’s heavyweight co-main event of the evening. While the reasons are still unknown, the fight is off after first being reported by LaSueur.com.

Ciryl Gane (6-0) was expected to take on Ante Delija (17-3) in a highly anticipated heavyweight fight this Saturday night. Due to some issue with Delija, the fight has now been cancelled. Jessica Andrade and Katlyn Chookagian is expected to be the new co-headliner.

One of the main training partners of top contender, Francis Ngannou, Gane is known for his world class striking. He’s a guy that many people have pegged to be a title challenger, however, he hasn’t been able to fight once this year. It’s not due to the lack of effort.

All four fights have fallen apart one way or another. This one is particularly cruel for the UFC heavyweight considering the fight was just a couple of days away. Have to think the UFC will throw him a little show money for all of this.

For now, it will be back to the match making drawing board for Gane and the UFC. The promotion has worked hard to get him a fight, everything has just fallen apart. Perhaps a fight with the tough Blagoy Ivanov (18-4. 1 NC) could be an option for Gane’s next attempt to get back in the cage.