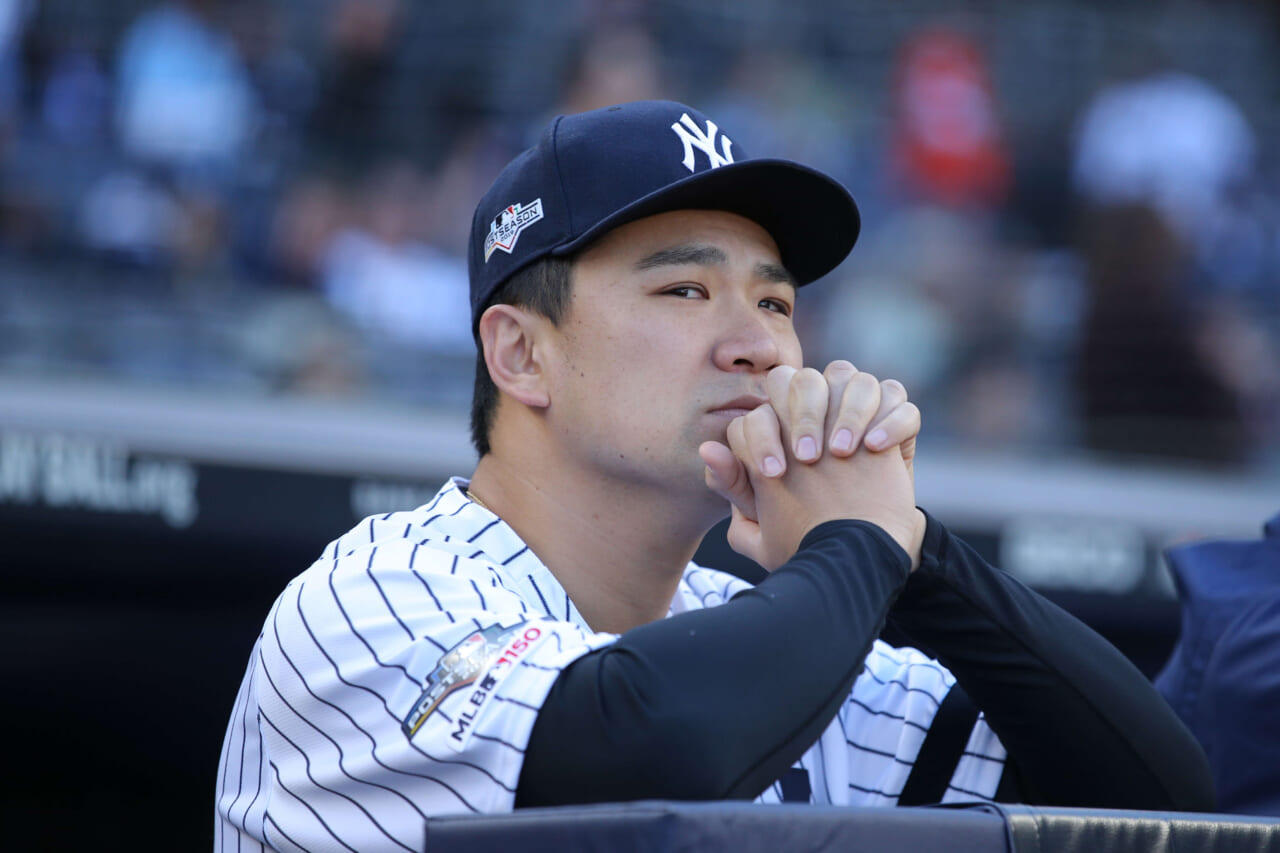 The New York Mets still have a big need to fill in their starting rotation. Trevor Bauer immediately sticks out as the top option still on the market, but what does plan B look like for the Mets? Or who else do they bring along if they sign Bauer? Either way, there is still plenty of talent for Jared Porter to swoop up.

It is no surprise that Trevor Bauer is at the top of the list after his magical Cy Young award-winning season. Bauer led the league in ERA (1.70), shutouts (2), and had 100 strikeouts. The number of years for Bauer’s deal fluctuates from one all the way through five, and he will definitely be expensive. The biggest question concerning his on-field performance is whether his spin rate and dominance are sustainable pitching in a full season.

The other huge question comes with Bauer’s off the field personality. Bauer is active on social media, YouTube, and loves making a big statement. Whether you agree or disagree with what he says and does, overlooked news in Ohio is on the back pages in New York. If the on-field performance is successful, Bauer will thrive in the league’s biggest market. Should he struggle, the media and the fans will do everything in their power to get under his skin.

Do not write off Jake Odorizzi as a bad option in the Mets rotation. His career ERA (3.88) was better than Bauer’s (4.04) before the 2020 season started. Unfortunately, an injury-plagued season caused him to finish with a 6.59 ERA in four starts. Odorizzi was an All-Star in 2019 and is one year older than Bauer.

Odorizzi is a significantly cheaper option for the Mets and will likely sign for 2-3 years. He averaged 30 starts a year from 2014-2019 with the production of a good rotation option. Odorizzi is not an ace, but he would fit in as a good third starter behind Jacob deGrom and Marcus Stroman.

Much like Odorizzi, Masahiro Tanaka has been one of the most consistent starters in baseball since his 2020 debut. Tanaka has a 3.74 career ERA, 3.33 ERA in the postseason, and two All-Star appearances on his resume. The biggest concern is his partially torn UCL in his throwing elbow. Like Seth Lugo, Tanaka has opted to pitch through it instead of undergoing Tommy John Surgery.

Tanaka would alleviate the heavy stress load at the back of the Mets rotation. He was a front line starter for most of his New York Yankees tenure. Tanaka could remain part of a six-man rotation when Noah Syndergaard returns; if the Mets sign Odorizzi with him. He could also fill the role starters like Julio Urias, and Nathan Eovaldi did in the bullpen during the postseason.

Alex Wood falls into the category of a lower tier of a starter who is a crapshoot. These types of pitchers have past big league success but struggled over the last season or two. Wood is a prime example of that a “roll of the dice” move. Wood will be 30 on opening day and has a 3.45 career ERA in 138 career starts. Injuries and lack of a rotation spot with the Los Angeles Dodgers hurt his last two seasons. Before 2019, Wood had a 3.29 ERA, putting him as a reliable starting pitcher.

Wood has plenty of familiarity with pitching in big games after spending most of his career with the Braves and Dodgers. He would be a good option to sign along with Trevor Bauer to give the Mets five capable starters. Wood also has experience in the bullpen, which translates well to the postseason.

Jose Quintana is another pitcher who fell on hard times over the last two seasons but still is a decent arm. A thumb injury and lat strain limited him to 10 innings in 2020 after being known for durability throughout his career. After making 25 starts in his 2012 rookie season, Quintana rattled off seven consecutive 31+ start seasons.

Quintana has a 3.73 career ERA and is the type of pitcher who can maintain success as he gets older. He is a contact pitcher, known for his ability to generate soft contact. Quintana is a quality option to supplement a strong rotation and would benefit from working under pitching coach Jeremy Hefner. 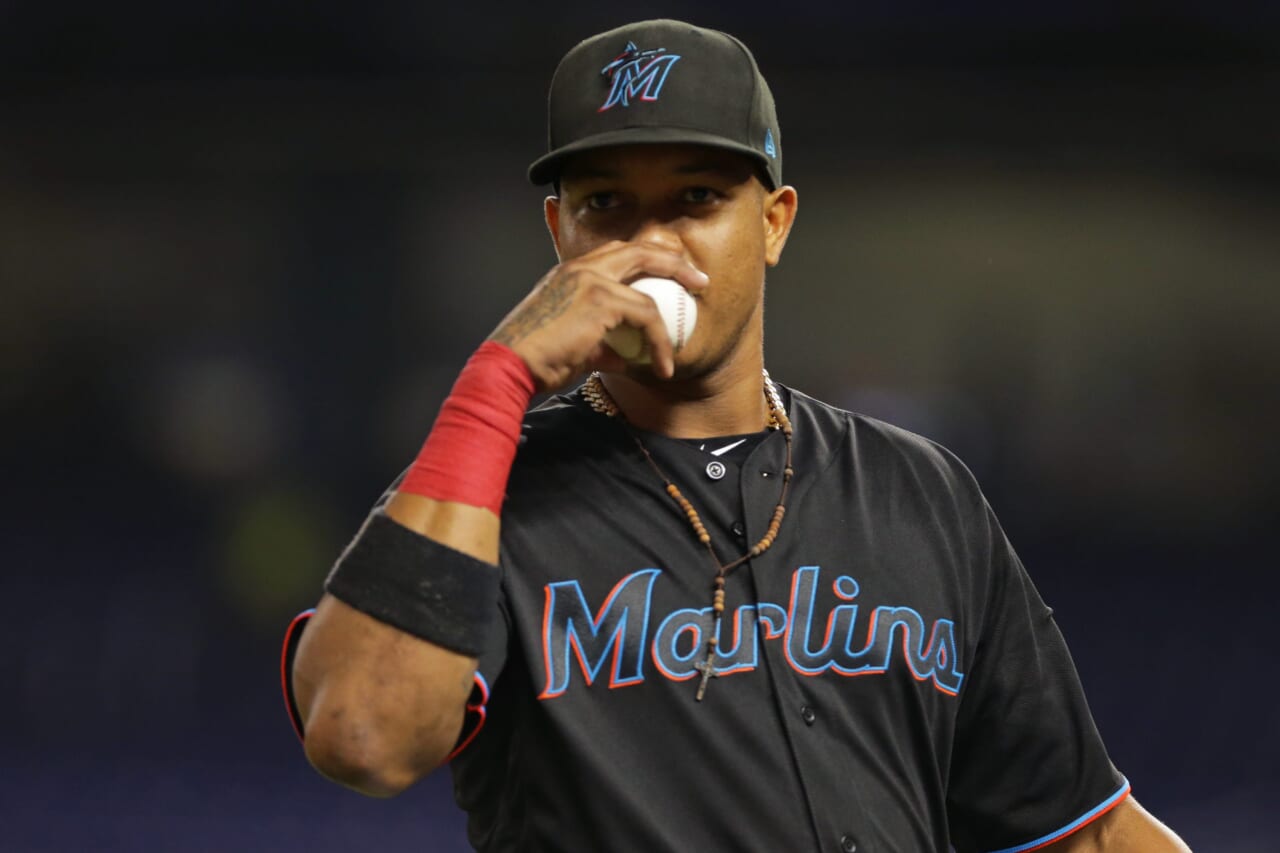 The offseason is far from over for the New York Yankees as GM Brian Cashman continues his quest to piece together a World Series caliber team for the 2020 season. Realistically, Cashman could leave the current team be, and they would undoubtedly have the highest probability for success, but several holes remain.

With Dellin Betances walking in free agency and Nestor Cortes Jr. being traded, the Yankees need to supplement the loss with another relief arm. Talks continue with Josh Hader, who has four years of team control remaining on his contract, but nothing tangible has crept through the grapevine.

Reports of Miguel Andujar, Clint Frazier, and a prospect being the Brewers’ desire has been noted, but Cashman refuses to give up that much value in a deal. He’s willing to part with Andujar and a prospect, but it boils down to who, and what value they have in the near future for the Bombers.

The idea of reuniting with Starlin Castro has been floated in the media, and it’s not a lousy thought considering his offensive quality. While with the Yankees in 2017, he slashed .300/.338/.454 slash line over 112 games. His reliable health also makes him attractive.

A one-year deal would make the most sense for Starlin, who would earn an opportunity to play on one of the best teams in baseball and have a chance at winning a World Series. Last season, he racked up 22 homers and 86 runs, logging robust defensive statistics, as well. His .979 fielding percentage at second base and .963 percentage at third base makes him valuable, especially regarding his versatility.

If the Yankees trade Andujar, Castro makes the most sense to reunite with. This is all theoretical, but something to chew on.

Wood, who has been slowed by injuries in recent years, had a tough year with the Cincinnati Reds last season, posting a 5.80 ERA. The more attractive side of Wood is his lefty arm and expected low-price tag. Factor in his sub-.400 ERA over seven consecutive seasons, and he’s worth taking a look at.

With the Houston Astros last season, Harris posted solid numbers (4-1 record, 1.50 ERA, 62 SO). He signed for one-year, $4.225 million, and could be a cheap option for the Yankees. He’s familiar with high-pressure situations and would fit the bill to replace Betances and Cortes. His 60.0 inning pitched is a rather small sample size, but he is a reliable option nonetheless. 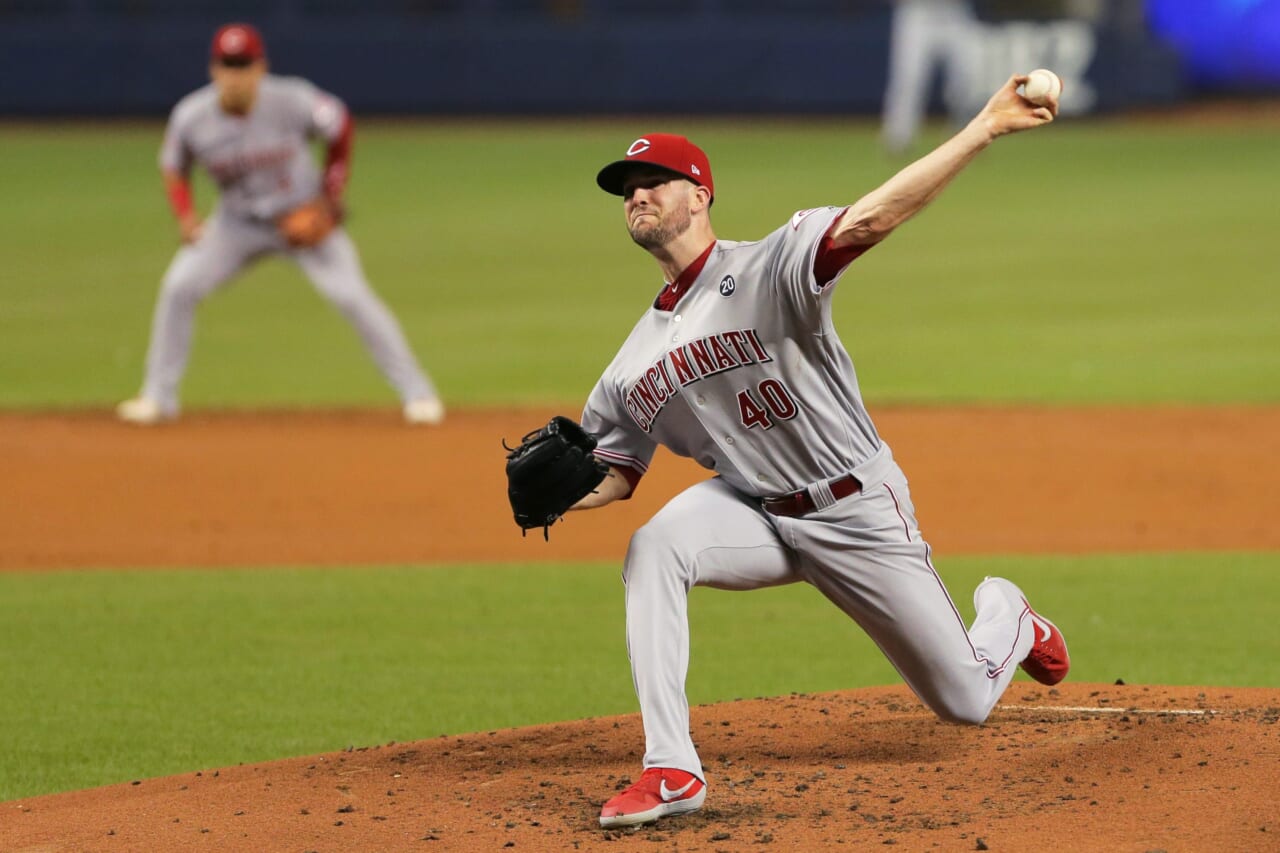 With the Yankees in tentative talks with the Brewers regarding Josh Hader, exploring other options on the market to supplement the loss of Dellin Betances is justified. While Betances pitched only one inning in 2019, the bullpen also saw Nestor Cortes Jr. depart, which leaves a void.

If Hader falls through and GM Brian Cashman isn’t willing to part with too many assets to bring one of the best relief arms in baseball to the Bronx, looking into lefty-pitcher Alex Wood would be a reasonable alternative.

Wood, who’s nearly 29-years-old, has logged a combined 13.6 fWAR during his career but has been hampered by injuries. He signed a one-year deal with the Reds last season approaching $10 million, but his efficiency took a significant hit as he earned 5.80 ERA over seven appearances.

If the Yankees are keen on injecting a bit of lefty power into the bullpen, Wood fits the bill, especially since his price-tag will likely be manageable. I imagine Cashman could lure him in for less than $8 million, which is a risk worth taking considering his sub-4.00 ERA for seven-consecutive seasons before falling off in 2019.

While he has been subject to numerous 60-day stints on the IL, he was most recently an All-Star in 2017 and was on the ballot for the National League Cy Young award. He’s a solid ground ball pitcher that generates them at an elevated rate when at his best (50%). The Yankees like these types of pitchers, similar to Zack Britton. However, Wood’s groundball rate dropped over 10% last season from his career-average. It’s clear that injuries took a toll on his production, but there’s reason to believe he can bounce back and learn a few tricks from new Yankees’ pitching coach, Matt Blake.

The former Red features a changeup, curveball, and sinker. His sinker, which he throws 50% of the time, averaged on 89.9 MPH. To compensate for his lack of speed, he uses excellent accuracy to paint the corners and force hitters to reach for pitches, increasing ground balls.

By no means is Wood an elite relief arm, but if he can return to form in 2020, he could be a serviceable replacement for Betances, who missed all of the 2019 season.

Alex Wood is as good a buy-low risk as there is on the free agent market this year for the Mets. He is coming off an awful and injury-riddled season with the Reds in 2019, but that’s not who he’s been his whole career.

Wood was injured before the season started in 2019. He dealt with a back issue that kept him out until July, but never went away. He made only seven starts, he was awful, then went back on IL until the end of the season. That was hands down the worst season of Alex Wood’s career. That should affect Wood’s his price range, which should allow the Mets to jump in the race for his services.

Wood made his major league debut with the Braves in 2013 as a spot starter and reliever, the Mets handed him his first loss. He excelled in that role during his rookie season and played a similar role in 2014, though he made more starts. Wood transitioned to the starting rotation full time in 2015 and he was good.

He had a 3.54 ERA and 3.45 FIP at the trade deadline. With the Braves going nowhere fast, they traded Wood to the Dodgers in a three-team trade. Wood wasn’t as good after the trade but still provided good numbers down the stretch.

Wood’s 2016 season ended early due to injury similar to his 2019, though he had been pitching very well prior to the injury. He came back better than ever in 2017. Wood earned his first all-star appearance and finished top-10 in Cy Young voting. In 2018 Wood moved back into that starter/reliever role making 33 appearances and 27 starts. He was good again in 2017 but continued a trend of fading down the stretch that led to his move back into the pen.

Prior to the 2019 season in an effort to shed as much salary as possible Wood was traded along with Yasiel Puig and Matt Kemp to the Reds.

Wood should come at a cheaper price due to his injury that could be in the Mets’ range. If that’s the case they have to make a move to sign him. Prior to 2019 Wood had never had an ERA, FIP, or XFIP of 4.00 or over. There aren’t many pitchers in baseball who can say that. Adding that kind of pitcher to the New York Mets’ already stellar rotation is the least they can do to try and replace Wheeler.