The Yankees could pursue lefty relief pitcher in free agency 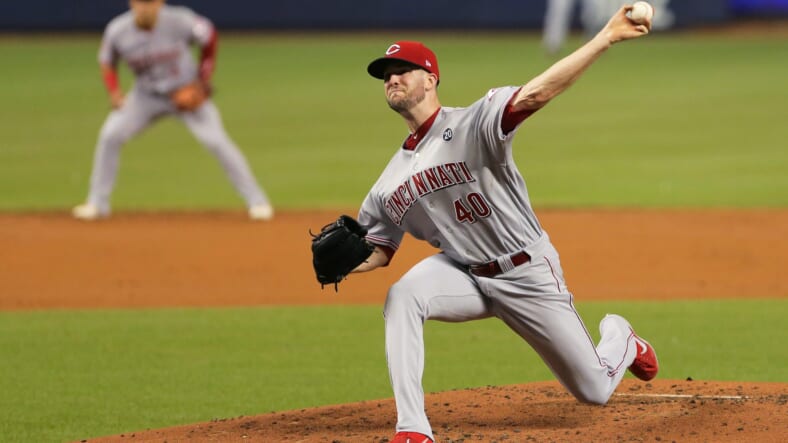 With the Yankees in tentative talks with the Brewers regarding Josh Hader, exploring other options on the market to supplement the loss of Dellin Betances is justified. While Betances pitched only one inning in 2019, the bullpen also saw Nestor Cortes Jr. depart, which leaves a void.

If Hader falls through and GM Brian Cashman isn’t willing to part with too many assets to bring one of the best relief arms in baseball to the Bronx, looking into lefty-pitcher Alex Wood would be a reasonable alternative.

Wood, who’s nearly 29-years-old, has logged a combined 13.6 fWAR during his career but has been hampered by injuries. He signed a one-year deal with the Reds last season approaching $10 million, but his efficiency took a significant hit as he earned 5.80 ERA over seven appearances.

If the Yankees are keen on injecting a bit of lefty power into the bullpen, Wood fits the bill, especially since his price-tag will likely be manageable. I imagine Cashman could lure him in for less than $8 million, which is a risk worth taking considering his sub-4.00 ERA for seven-consecutive seasons before falling off in 2019.

While he has been subject to numerous 60-day stints on the IL, he was most recently an All-Star in 2017 and was on the ballot for the National League Cy Young award. He’s a solid ground ball pitcher that generates them at an elevated rate when at his best (50%). The Yankees like these types of pitchers, similar to Zack Britton. However, Wood’s groundball rate dropped over 10% last season from his career-average. It’s clear that injuries took a toll on his production, but there’s reason to believe he can bounce back and learn a few tricks from new Yankees’ pitching coach, Matt Blake.

The former Red features a changeup, curveball, and sinker. His sinker, which he throws 50% of the time, averaged on 89.9 MPH. To compensate for his lack of speed, he uses excellent accuracy to paint the corners and force hitters to reach for pitches, increasing ground balls.

By no means is Wood an elite relief arm, but if he can return to form in 2020, he could be a serviceable replacement for Betances, who missed all of the 2019 season.