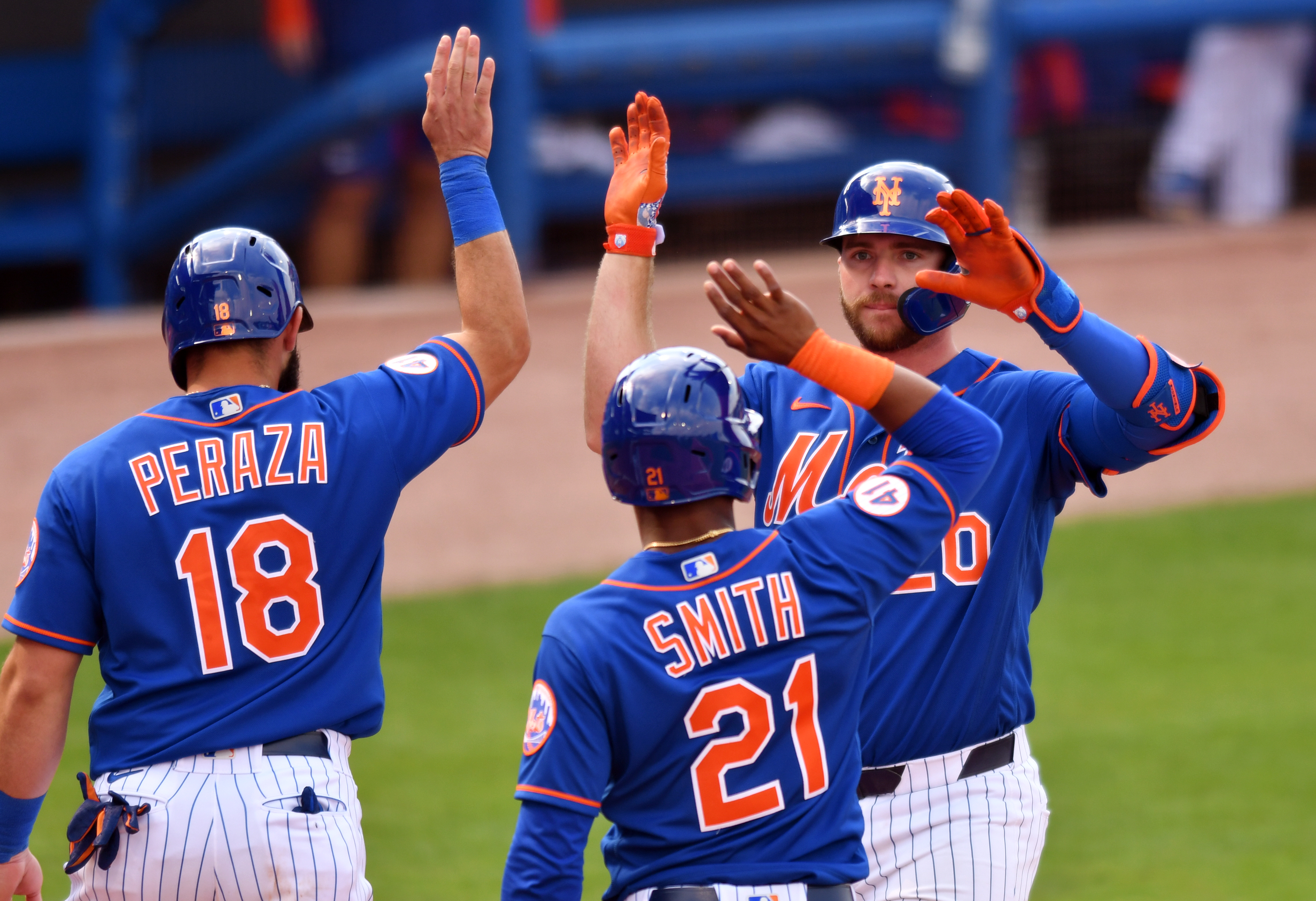 The New York Mets have already had themselves a 22-pitch walk this spring, and they added a triple play to their list of oddities in spring training. Despite the triple play, the Mets needed more help in their 5-4 loss against the Houston Astros.

One of the smoothest triple plays you'll ever see. 🤯 pic.twitter.com/prDRQ6cH1d

Joey Lucchesi cruised through the first two innings of his start but ran into issues in the third. Jose Altuve’s RBI single through a drawn-in infield and Michael Brantley‘s two-run single off Jerry Blevins put the Mets in a 3-0 hole. Lucchesi went back to the mound in the fourth and completed a scoreless inning to finish the start on a good note. At the moment, he should maintain the upper hand over Jordan Yamamoto for the fifth spot in the rotation.

Jerad Eickhoff pitched the next two innings with mixed success. He allowed four hits, two runs (one earned) and was bailed out by getting Jose Altuve to hit into a triple play. Mike Montgomery continued an impressive spring with two strikeouts in two scoreless innings.

The Mets lineup only contained two expected starters for Opening Day and the pitcher batting ninth. Wilfredo Tovar drove in the first run with a fifth-inning double. Albert Almora was responsible for the rest with an eighth inning three-run home run. Almora’s leg kick is tapping into his power stroke as he now has a .556 slugging percentage during spring training.

The New York Mets sent Joey Lucchesi to make his first start of the spring, and he headlined a game marked by pitching. In the 3-2 loss to the Miami Marlins, Met fans had traumatic flashbacks of a “Diaz” allowing a walk-off home run.

Nice win by the Marlins today on a walk-off 2 run HR by Joe Dunand. Don Mattingly has made it a point to mention how impressive he’s been this spring. (🎥 @Marlins) pic.twitter.com/2GqNAlCiJN

Lucchesi was incredible as he continues to make his case to earn a starting spot. He pitched three hitless innings and struckout four Marlins. Through five innings, Lucchesi has only allowed three walks and punched out seven. Robert Gsellman followed with two innings out of the bullpen and his only blemish was a Jazz Chisholm solo homer.

Yennsy Diaz got the opportunity to record the save but a leadoff walk spelled trouble in the ninth. Joe Dunand made him pay with a line-drive two-run homer to walk it off for the Marlins. Dunand has put together a nice spring training. He is 5-for-17 with two home runs and six runs batted in.

The Mets bats were quiet after an impressive offensive output against the Houston Astros. Albert Almora provided the lone runs with his double in the fifth inning. Three of his five hits this spring have gone for extra bases. Francisco Lindor talked about finally getting into a good hitting position during Monday’s game and it continued to carry over. Lindor recorded two more hits to get his batting average up to .280. 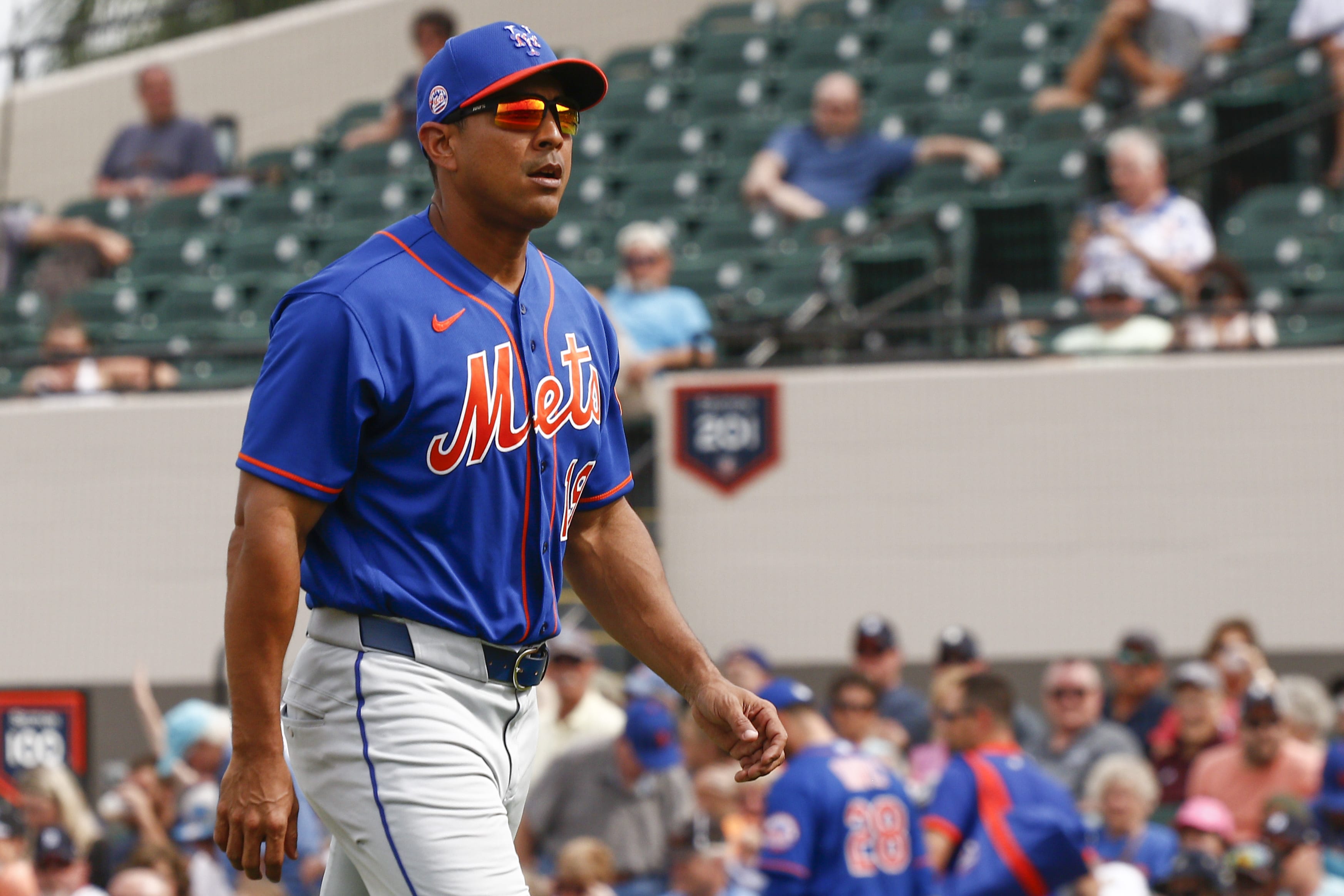 The New York Mets made their first round of cuts in spring training, but it only eliminated three players on the 40-man roster. Pitchers Franklyn Kilome, Sean Reid-Foley, and Thomas Szapucki became the first casualties of spring. With 37 players from the 40-man roster left in major league camp, who are three who could sneak their way onto the roster?

Smith deserves to be on a major league roster, but it becomes a matter of the Mets making room for him. At the moment, he is more reliable than Dellin Betances and Jeurys Familia, but both will make the Opening Day roster. Last season Smith found success with a cutter that had a 66.7 whiff rate. Smith has not allowed a base runner in his two outings this spring.

Yamamoto may have lucked himself into a roster spot with the injury news on Carlos Carrasco. Joey Lucchesi would usually be ahead of Yamamoto for a rotation spot, but he has not pitched in a game yet. Yamamoto has started his spring training strong but allowing two runs in five innings pitched. His next outing should require him to pitch four innings and should determine if he is ready for a rotation spot if Carrasco has to miss time.

Almora’s minor league option made him a candidate to being the year in Triple-A with Jose Martinez as an offensive option off the bench. Martinez’s knee injury makes Almora a lock to make the roster for Opening Day. Almora has flashed his great defense in multiple outfield positions and also displayed a new leg kick at the plate. He will make a good pairing with Kevin Pillar as the backup group of outfielders. 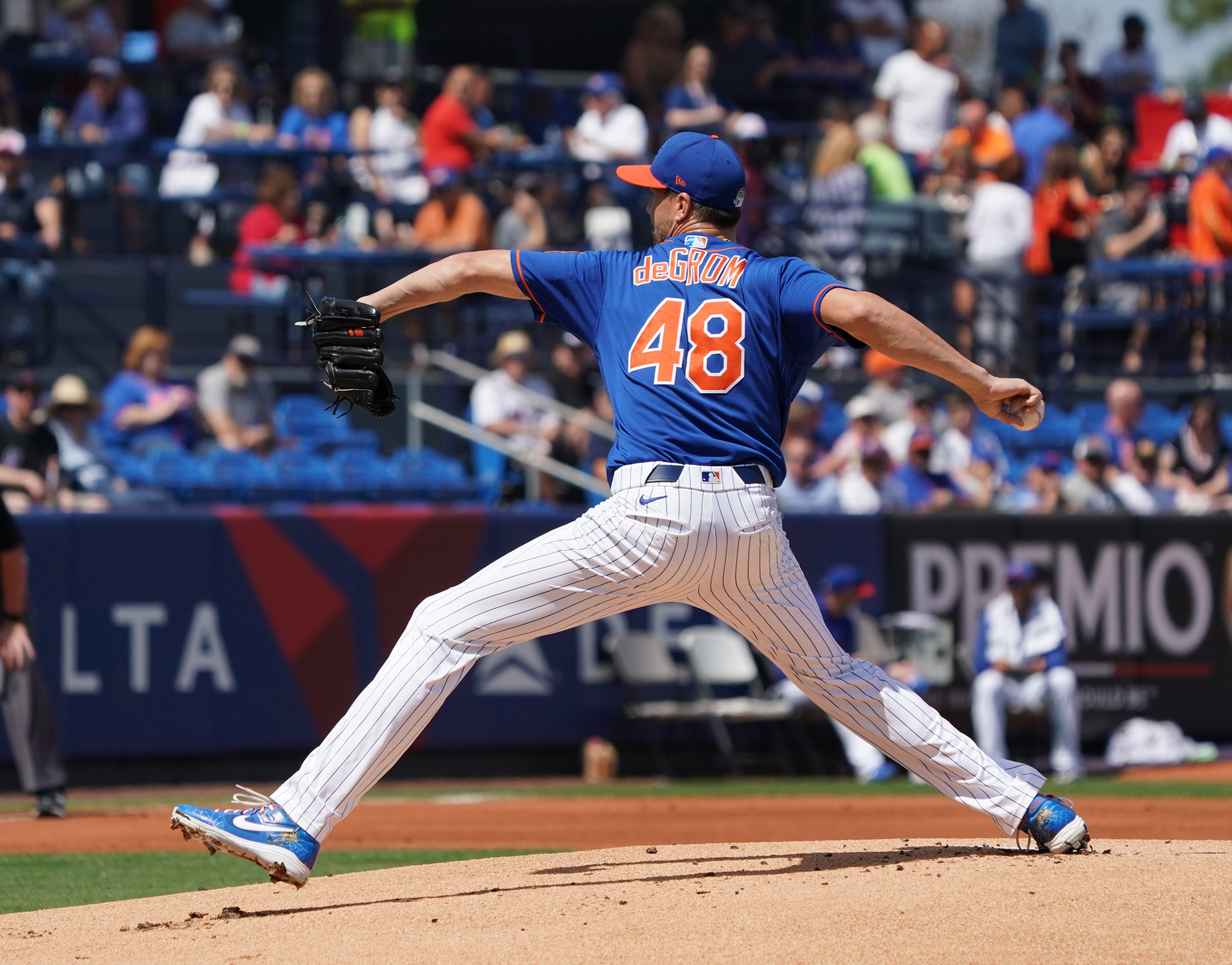 The New York Mets only played six innings on Saturday, but there were plenty of positives in their 6-1 over the Houston Astros. Jacob deGrom and Edwin Diaz made their spring debuts while Pete Alonso remained hot at the plate.

Before the game, deGrom was unsurprisingly named the Opening Day starter for the third consecutive season by Manager Luis Rojas. The only surprise from deGrom’s start was the two hitters who found their way on base. deGrom struck out three batters over two innings and needed just 29 pitches to get through his outing. As usual, he lit up the radar gun with a couple of 99 mph fastballs.

Diaz was even better in his one inning of relief. He needed seven pitches to record one strikeout and had help from Francisco Lindor behind him. Miguel Castro worked around a walk in one scoreless inning after Diaz left the game.

It was an all-around effort for the Mets offense that featured a different look without Brandon Nimmo. Jeff McNeil took over as the leadoff man, with Lindor batting second. Another line drive to the opposite field from Alonso resulted in an RBI double to get the Mets started in the first. Michael Conforto showed off his underrated speed by scoring all the way from first on the play.

Albert Almora and Kevin Pillar both received starts and made the most of their chances. Both recorded RBI singles as the eighth and ninth place hitters. Dominic Smith recorded his first home run of the spring with a majestic shot to right field.

The young blood of Ronny Mauricio and Pete Crow-Armstrong took over in the sixth. Crow-Armstrong led off the inning with a triple, his first hit in professional baseball. Mauricio drove him in with a single, giving Mets fans a sneak peek of a potential combination in the future. 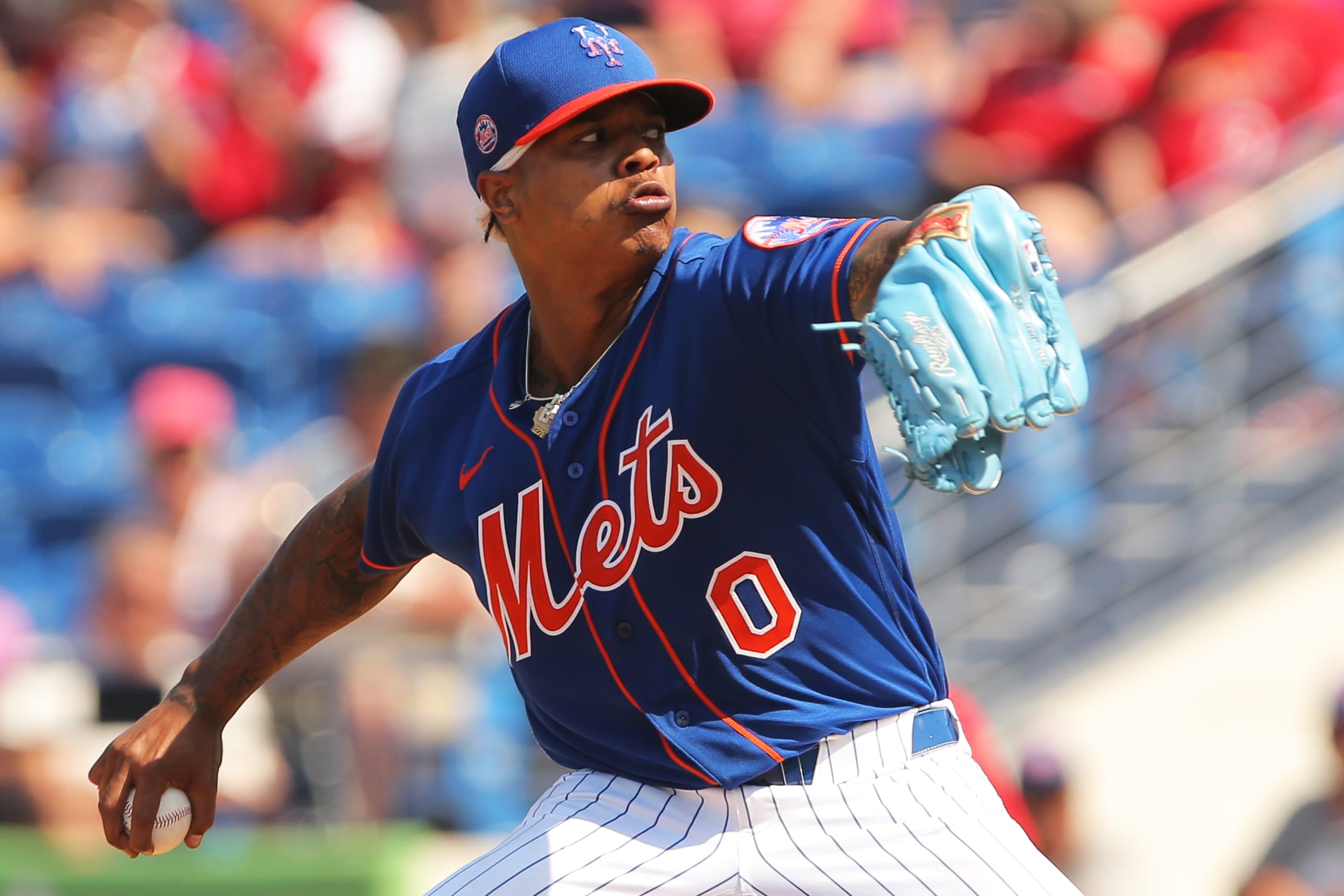 The first two spring training games for the New York Mets have resulted in seven-inning, 2-0 finishes. On Tuesday, they were on the winning side for the first time. Mets pitchers had another strong showing, and solo home runs from Jeff McNeil and Albert Almora Jr. powered the offense.

Marcus Stroman got the start over Jordan Yamamoto and was as good as advertised. Stroman retired all six batters he faced and struck out two. His hard sinker resulted in three groundball outs, and he displayed his brand new changeup as well.

The bats are still quiet, but the dominant pitching held up the two solo homers. McNeil’s homer came against a hanging curveball from Framber Valdez. Over his career, McNeil has less power against left-handed pitching and is always looking to add more power to his game. Almora is another player looking for more power and has a consistent leg kick in his batting stance. In past seasons, he has used a toe tap which led to increased groundball rates every year of his career.

Prospects Ronny Mauricio, Mark Vientos, Brett Baty, and Pete Crow-Armstrong all made appearances once the starters exited. For Crow-Armstrong, it was his first game in professional baseball, and he struck out in his only at-bat. On Wednesday, the Mets travel to Jupiter to take on the St. Louis Cardinals. Jerad Eickhoff faces Kwang Hyun Kim at 1:10 p.m. ET. 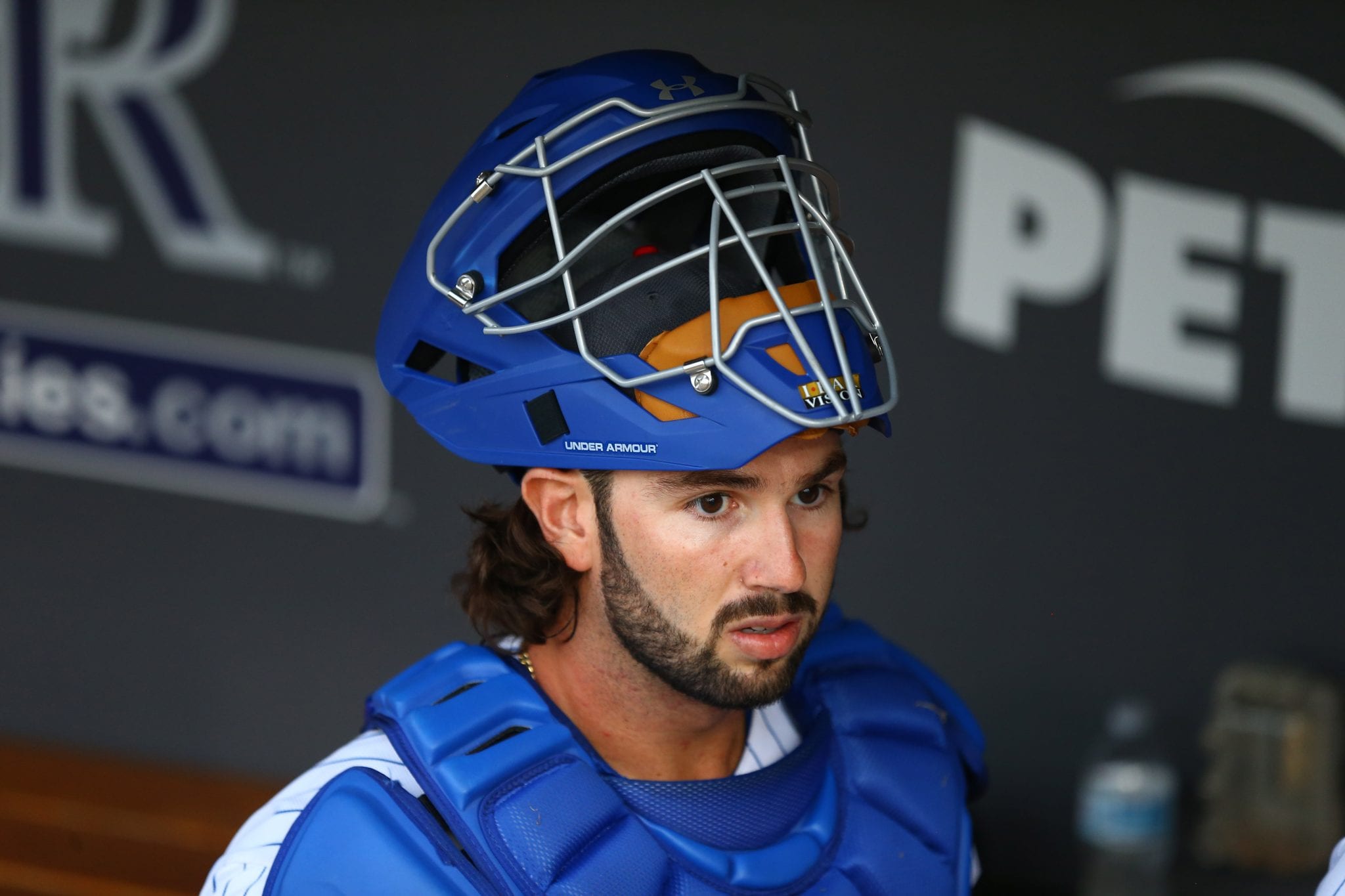 Albert Almora Jr. and Guillermo Heredia is the most balanced battle in camp. Almora is coming off two subpar seasons with the bat but is still regarded as a strong defender. Heredia has similar stats over the last two seasons, but the Mets got to watch him play at the end of 2020. Both will play great defense in spring training, but Almora’s experience playing every day should give him the edge.