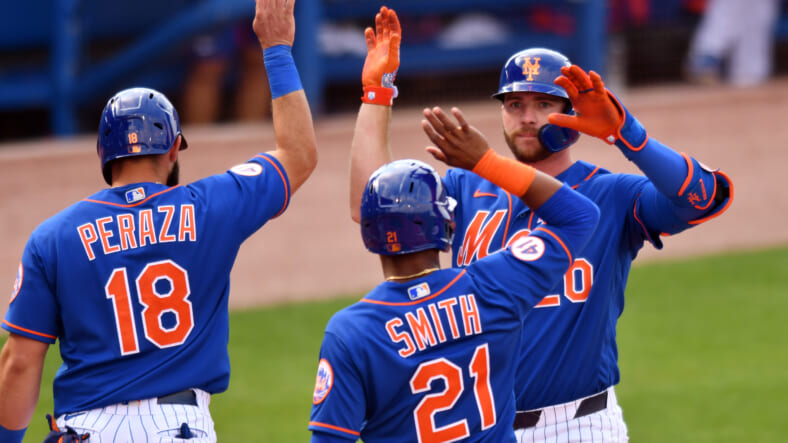 The New York Mets have already had themselves a 22-pitch walk this spring, and they added a triple play to their list of oddities in spring training. Despite the triple play, the Mets needed more help in their 5-4 loss against the Houston Astros.

One of the smoothest triple plays you'll ever see. ? pic.twitter.com/prDRQ6cH1d

Joey Lucchesi cruised through the first two innings of his start but ran into issues in the third. Jose Altuve’s RBI single through a drawn-in infield and Michael Brantley‘s two-run single off Jerry Blevins put the Mets in a 3-0 hole. Lucchesi went back to the mound in the fourth and completed a scoreless inning to finish the start on a good note. At the moment, he should maintain the upper hand over Jordan Yamamoto for the fifth spot in the rotation.

Jerad Eickhoff pitched the next two innings with mixed success. He allowed four hits, two runs (one earned) and was bailed out by getting Jose Altuve to hit into a triple play. Mike Montgomery continued an impressive spring with two strikeouts in two scoreless innings.

The Mets lineup only contained two expected starters for Opening Day and the pitcher batting ninth. Wilfredo Tovar drove in the first run with a fifth-inning double. Albert Almora was responsible for the rest with an eighth inning three-run home run. Almora’s leg kick is tapping into his power stroke as he now has a .556 slugging percentage during spring training.