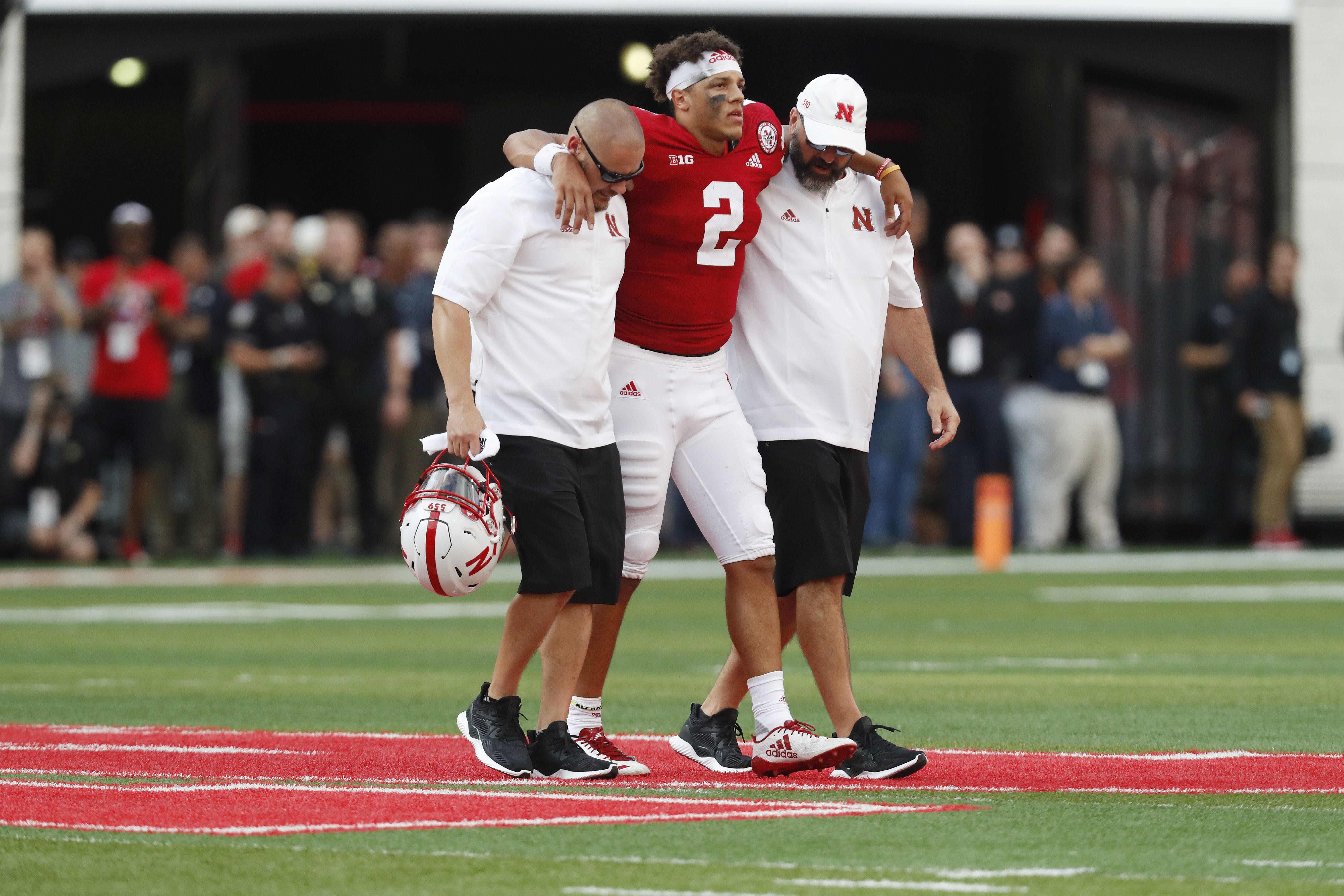 Last weekend wasn’t a good one to be a Nebraska fan. Not only did the Huskers take a 33-28 loss to rivals Colorado, in a close game that went down to the wire, but quarterback Adrian Martinez was injured in what had a chance to be a successful debut for the freshman.

He had completed 75% of his passes and thrown for 187 yards, but was forced to exit the game after being hit in the back of the legs in what was possibly a dirty play. It will go down as a knee injury, and now, Nebraska is forced to not only recover from the early season loss, but find out where to go from here at the quarterback position.

After all, Martinez was the one that was hyped up as the starter. Losing him at any point would hurt, but losing him this early in the season is even worse. There’s not a clear-cut solution about who should step up and replace Martinez, and even first year head coach Scott Frost admitted that himself.

“We’ll figure it out as it goes along, but we’re doing our best to get every quarterback on our roster at least familiar enough with the game plan to be able to go out there and function and execute,” said Frost. Additionally, it seems that Frost won’t be giving up much information about the injury. “It’s hard to keep secrets in this day and age, but what’s in-house needs to stay in-house.”

We do know, however, that Nebraska has three other quarterbacks to choose from following Martinez’s injury. None of them, though, are juniors or seniors. Nebraska has a young group of quarterbacks this year, and Andrew Bunch was the one that took snaps against Colorado after the injury to Martinez.

Bunch threw for 49 yards on 9 passing attempts, but the other options are sophomore Noah Vedral and freshman Matt Masker, who helped continue a long tradition at Nebraska when he walked onto the team earlier this year. Masker, who is from the state of Nebraska, would be a quick fan favorite if he found himself getting playing time.

However, neither Vedral or Masker took snaps in the Colorado loss, and it seems that Bunch is more likely to start against Troy if Martinez doesn’t make a quick recovery.

It’s unknown how long Martinez should be out with this knee injury, but fortunately for the Cornhuskers, they have a bit more margin for error against their next opponent, a Conference USA school that lost their only game against FBS opposition by the score of 56-20.