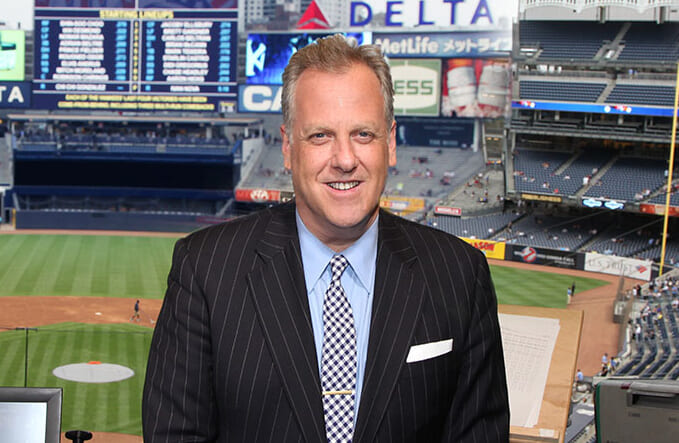 The New York Yankeesâ€™ 6-2 loss in the Wild Card game to the Boston Red Sox is still being talked about in the city and the country. Of course, the media is not an exception, and the coverage doesnâ€™t stop because the game signaled the end of the Yankeesâ€™ season.

Even YES Networkâ€™s Michael Kay has strong opinions about what happened on the 2021 campaign for the Yankees, a year filled with disappointments, COVID-19 outbreaks, injuries, and all kinds of obstacles.

Speaking on the Rich Eisen Show (link to NJ Advance Media articl here), Kay referred to the future of Yankeesâ€™ manager Aaron Boone. Understandably, he has been under a lot of heat recently because of some of his decisions, his bullpen management, lineup construction, and, to some, his passivity.

Will the Yankees change the manager?

Some fans feel the Yankees need a change at the managerial position. Here is what Kay thinks about that:

â€œDo they sacrifice Boone to the baseball fan gods to give them something? If they did that, I think it would be disingenuous. He is doing the bidding of the front office. There are scripts that are written that he of course can deviate from somewhat, but itâ€™s essentially from up top the way this game is played by the Yankees. So, if they get rid of Boone, and thatâ€™s what Yankees fans seem to want when they call into my show, if you get Boone 2.0, what difference does it make? Booneâ€™s a great guy, he represents the organization very well. I think if they go with something different, like a (Bruce) Bochy, or a (Mike) Scioscia, or a (Buck) Showalter, then I think that indicates a seismic change, because thereâ€™s no way any of those three guys take that job and are still allowing the front office to be as influential on their decisions. I think they want information, those guys, but theyâ€™re going to make the final decision.â€

If the Yankees decide to end their working relationship with Boone (his contract is up after the season, so technically, they donâ€™t have to fire him), itâ€™s highly unlikely they go to an old school manager like Showalter or Scioscia.

â€œSo I think thatâ€™s what they have to decide. Itâ€™s not Brian (Cashman) thatâ€™s going to decide it. Itâ€™s going to be Hal Steinbrenner and his family. Is it time to change? Theyâ€™ve won one title in 20 years. So Iâ€™m not quite sure whatâ€™s going down because I think that Brian Cashman thinks that Aaron Boone does a great job. And for what Brian wants in a manager, Aaron is doing exactly what heâ€™s supposed to do. So maybe the information that Aaron is getting isnâ€™t as good. Thatâ€™s something to consider.â€