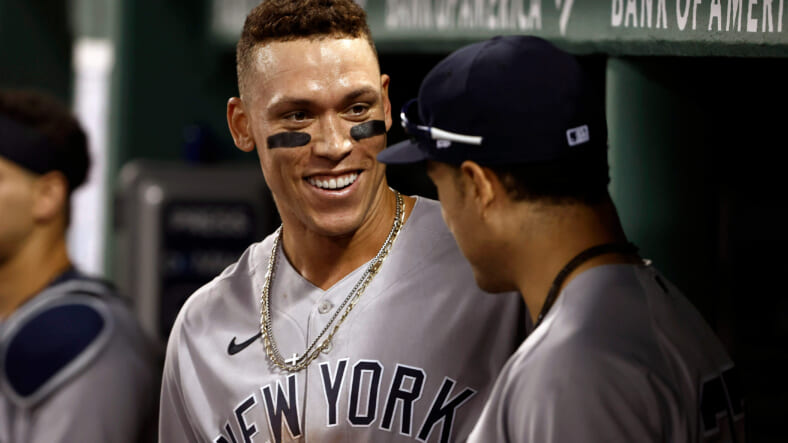 Steinbrenner notably spoke about the team’s youth and how they will utilize them to plug the middle infield. However, he was also extremely optimistic about retaining superstar slugger, Aaron Judge. The team is simply better with a Judge on it, considering he carried the offense during the second half of the 2022 season. While he struggled during the playoffs, hitting .139 with a .184 on-base rate, you can’t forget about the historical regular season he enjoyed.

Judge hit .311 with a 42.5% on-base rate, 62 homers, and 131 RBIs over 157 games this season. He earned himself a pretty penny in free agency, well above the $31.5 million general manager Brian Cashman offered him before the season again. Now, he’s expected to earn $36+ million with ease — just more dependent on the years at this point.

The Yankees are trying everything to swoon Aaron Judge:

However, the Yankees are doing everything in their power to gain a bit of leverage over their homegrown talent. One of the interesting factors they’ve thrown into the mix is finally naming a captain, something they haven’t done since Derek Jeter was on the team.

Given how much he means to the fans and the players, Judge has undoubtedly earned the captain’s patch through trial.

While it is certainly a nice honor, Judge will follow the dollar signs, whether that takes him out west to the Los Angeles Dodgers, San Francisco Giants, or keeps him on the East Coast with the Yankees. Steinbrenner seems keen on offering him a substantial deal, but the team should try to avoid a bidding war if possible, which is exactly what his representatives want.