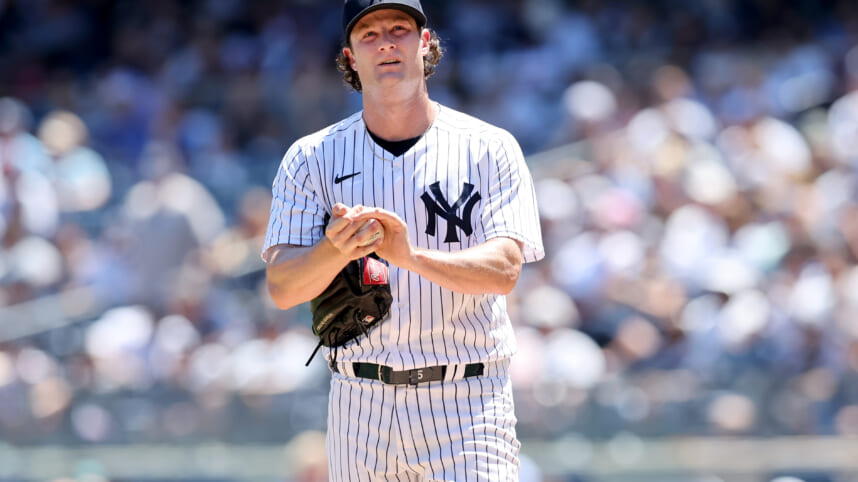 The New York Yankees are gearing up to face off against the Boston Red Sox in the second game of a four-game series on Friday night.

Of course, all eyes will be on star slugger Aaron Judge as he looks to tie Roger Maris for the most home runs in a single season. Maris landed at 61, and with Judge just barely missing a long ball during Thursday night’s game, he has a great opportunity against a lackluster starting pitcher for Boston.

The Yankees walked the game off on Thursday, courtesy of a Josh Donaldson single to left field, driving in Marwin Gonzalez.

The Bombers got a great performance out of starting pitcher Jameson Taillon, who gave up zero earned runs, striking out eight batters over six innings. However, bullpen arm Clarke Schmidt struggled, giving up four earned runs and three hits over one inning. The rest of the bullpen was solid, but Schmidt gave the Red Sox an opportunity to get back in the game.

Luckily, the Yankees were able to do just enough to escape with the win, their 91st of the season.

In Cole’s last performance against the Milwaukee Brewers, he gave up four earned runs over five innings. In fact, he’s given up eight earned runs over his last 11 innings, including five homers. Cole has allowed a home run in five consecutive contests, so he will be looking to break that streak tonight.

As for Boston, they will feature Rich Hill on the mound, who’s earned a 4.70 ERA over 107.1 innings this year. He’s given up 12 homers, submitting four earned runs in his last performance against the Kansas City Royals. For the most part, Hill doesn’t give up many homers, so Judge may have to get into Boston’s bullpen to find a way beyond the outfield wall.

How to watch the game:

-Apple TV (must need credentials to watch, no subscriptions needed)