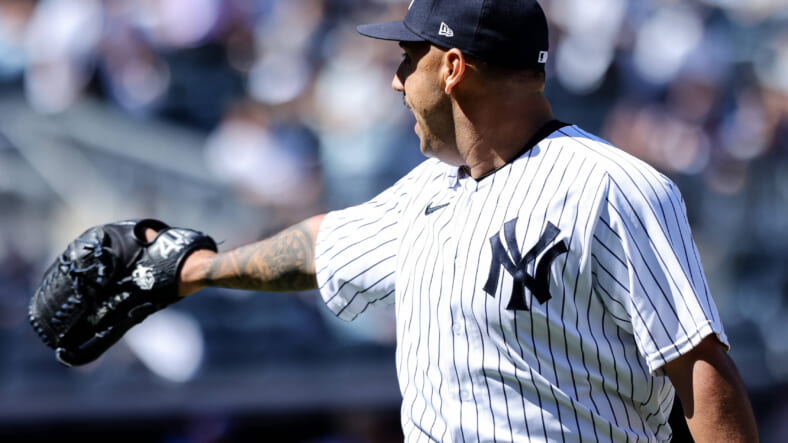 The New York Yankees are expecting to face off against the Cleveland Guardians in Game 2 of the ALDS on Thursday night, despite inclement weather likely postponing the contest.

With heavy rain in the forecast, the Yankees could find themselves playing back-to-back games on Friday and Saturday, enjoying plenty of rest after the regular season concluded and Game 1 has already been settled. This generally only helps Gerrit Cole have an extra rest day so he can pitch Game 4.

Nonetheless, let’s take a look at a few head-to-head matchups and how the Yankees project against one of the best starting pitchers in baseball.

Obviously, the Yankees predicate their style on the long ball, so when they struggle to do so, they can be vulnerable on offense.

Against the Tampa Bay Rays in the Wild Card series, Bieber pitched 7.2 innings, allowing three hits and one earned run, striking out eight batters, and producing 11 ground balls over 99 pitches.

It is clear that Bieber elevated his game to another level, but he hasn’t played against the Yankees this season, so it is a bit of uncharted territory.

Nonetheless, Bieber utilizes a 4-seam fastball, slider, curveball, and cutter sequence. His 4-seam has generated a .292 average this season with a .434 slugging rate, throwing it 34.4% of the time. It isn’t his best pitch, but he generates 18% more horizontal movement than the average pitcher using it, which can be deceptive.

There is no question that the young starter has some of the best stuff in baseball, but his consistency is what makes him so dangerous. Bieber can take a team into the 7th inning with no problem, not even throwing 100 pitches, leaving a strong Cleveland bullpen to get through the rest. The Yankees have to find a way to get balls in play against Bieber, who refuses to give up homers.

Cortes has made two appearances against Cleveland this season, pitching 12.1 innings and producing a 2.19 ERA with 14 strikeouts. Given Cortes limits home runs and generates weak contact, it will be interesting to see how the Guardians approach the Yankees’ top pitcher this season. Nestor loves to utilize different arm slots and get creative with his wind-up, which can confuse opposing batters. I expect Cleveland to focus on their contact hitting and wait on specific pitches.

This season, Cortes utilized a 4-seam fastball, cutter, and slider, sprinkling in a few other pitches but primarily relying on those top three options. His primary strikeout pitch is his 4-seam fastball, producing a 22.2% put-away rate and 86 strikeouts over 255 at-bats. His fastball produces 20% more vertical movement than the average pitcher, seeming like a cutter but dipping in a different direction.

Both Bieber and Cortes are nasty in their own right, meaning both teams will have to show up on offense to produce any support.

Given the pending pitching matchup, this is likely to be another low-scoring contest for the Yankees and Guardians. With Game 1 ending in a 4–1 victory for the Bombers, a similar scoreline could be the reality in the Bronx whether it be Thursday or Friday night.