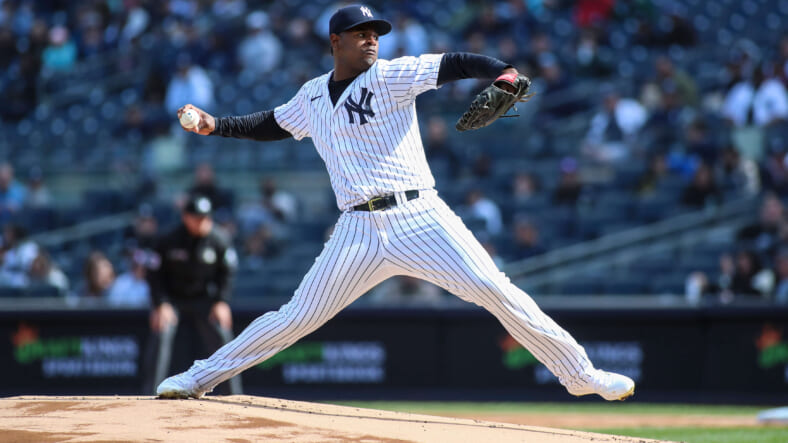 The New York Yankees will face off against the Toronto Blue Jays on Monday night with star slugger Aaron Judge still chasing his 61st homer to tie Roger Marris. Unfortunately, Judge has now gone five games without hitting a home run, feeling the pressure at home in the Bronx.

However, the team will travel to Toronto to give Judge a more stress-free environment to launch one out of the stadium.

The Bombers currently host an 8.5 game leading the AL East, already securing a playoff spot. If they win two more games, they will lock up the first seat in the division, finally capping a tremendous regular season.

The Yankees will host Luis Severino on the mound Monday night against Toronto. In his most recent start against the Pittsburgh Pirates this past Wednesday, he lasted 5.0 innings and gave up two hits and one earned run.

Having last pitched on July 13 before hitting the 60-day injured list, this was a great sign from Severino who is expected to serve a big role in the starting rotation during the playoffs. With Frankie Montas dealing with shoulder discomfort, Severino will have to step up, and it seems as if he’s ready to do so.

On the year, Severino features a 3.36 ERA, an 80.6% left on-base rate, a 43.5% ground ball rate, and about 10 strikeouts per nine. This is the first time since 2018 that he’s pitched a significant amount, specifically 91 innings this year. He spent the last three years recovering from a number of injuries.

Gausman has been one of the best starting pitchers in baseball this year, which will present the Yankees with a playoff-caliber competitor. The Yankees have won seven games straight against less than competitive teams, so putting together a few wins against better clubs would be a benefit ahead of the playoffs.