Yankees utilityman DJ LeMahieu could miss all of playoffs 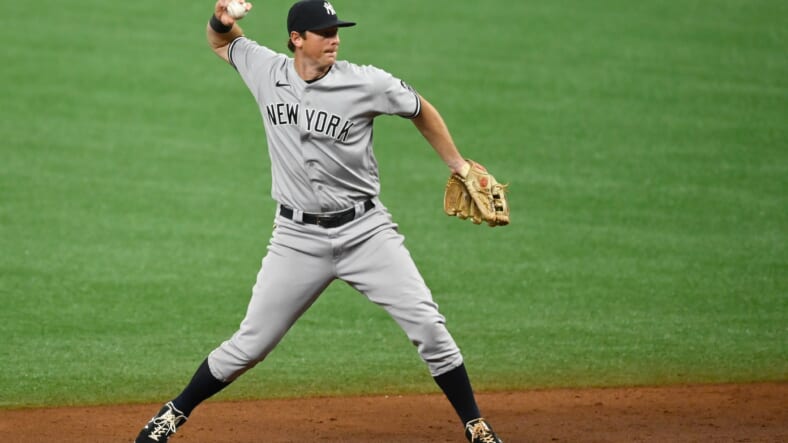 The New York Yankees released their official ALDS roster on Tuesday morning, but star utilityman DJ LeMahieu wasn’t on it. There was a concern that LeMahieu could miss the first round of the postseason due to a toe injury that has been bothering him for quite some time.

In fact, LeMahieu didn’t play in a game from September 5 to September 29, finally returning against the Baltimore Orioles on the 30th.

However, the toe injury that he was dealing with ultimately revealed something far worse, a fractured foot that has impacted his toes. The team tried a myriad of different remedies to spark a quick recovery but to no avail.

LeMahieu left off DS roster Source told me he has a foot fracture that resonates into the toes, making it difficult to pivot, among other things, to swing Tried various remedies, including multiple orthotics. Not ruled out if NYY advance. But difficult road to play again this yr.

The Yankees may have to leave DJ LeMahieu out of the equation entirely:

There is a strong possibility that LeMahieu will miss the rest of the season, which is a significant blow to a Yankee team that needs his bat in the lineup. The 34-year-old hit .261 with a 35.7% on-base rate this season, including 12 homers and 46 RBIs. His abilities with runners on base and clutch factor make him an integral piece to the puzzle, but the Yankees will have to find production elsewhere.

Normally, DJ would serve as the lead-off hitter, but the Yankees have gone in a different direction, utilizing Aaron Judge in that facet with Anthony Rizzo batting 2nd, Gleyber Torres 3rd, and Giancarlo Stanton hitting cleaning up in Game 1 of the ALDS Tuesday.

There is a small chance of hope that LeMahieu could feature if the Yankees get past the Cleveland Guardians in the ALCS, but the injury isn’t dissipating anytime soon, so others will need to step up in his stead.