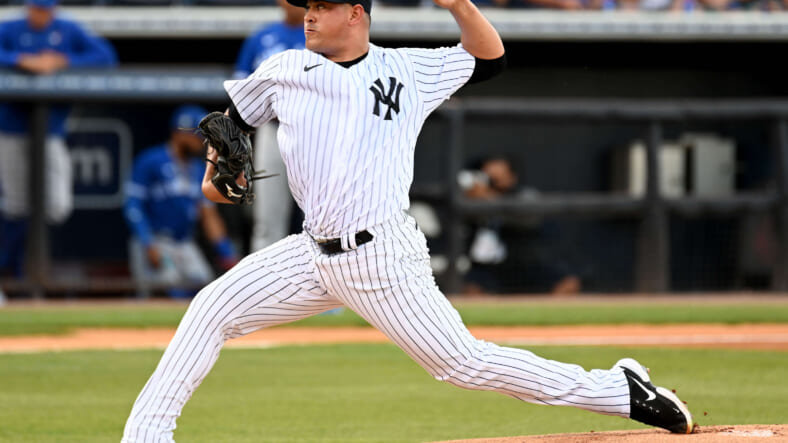 Prior to the start of Sunday’s game against Cleveland Guardians, wrapping up a three-game series, the New York Yankees traded reserve bullpen arm, Manny Bañuelos, to the Pittsburgh Pirates.

In return, the Yankees gained cash considerations, hopefully expanding their pool of salary space to make a few moves at the trade deadline without going over the third luxury tax threshold.

The Yankees have about $8 million available without the added cash from the Bañuelos trade.

With relief pitcher Ron Marinaccio being placed on the injured list with shoulder inflammation after Saturday’s afternoon game, the Yankees are facing a bit of adversity in the bullpen. Luckily, Jonathan Loáisiga is making his way back and general manager Brian Cashman is observing the trade market for a potential acquisition.

Bañuelos made four appearances for the Yankees this season. Over 8.1 innings, he gave up seven hits, and two earned runs, including one, save against the Chicago Cubs on June 12.

Bañuelos features five pitches, including a sinker, curveball, slider, 4-seam fastball, and change-up. Bañuelos was touching 94 mph on average, so he has a bit of velocity left in his bones, having started his career with the Yankees back in 2008.

This is definitely an interesting trade for Pittsburgh, who may need a few reserve bullpen arms but are struggling considerably with a 32–46 record. This seems to be more of a favor for Cashman than anything else.