Yankees’ trade for Joey Gallo is even better than meets the eye, as luxury tax is saved 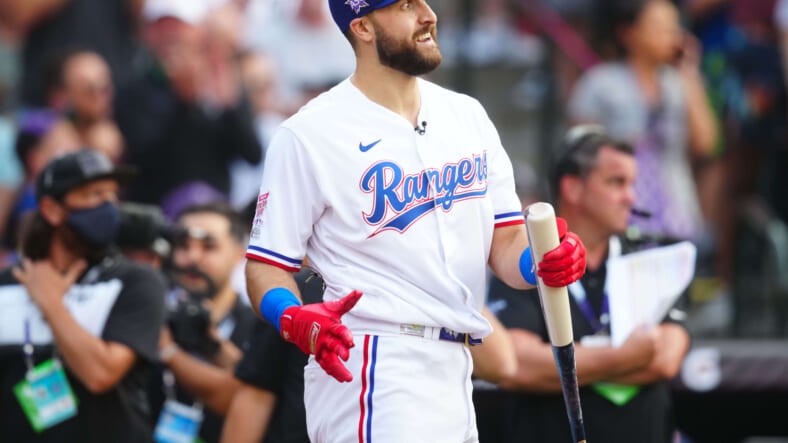 The New York Yankees finalized a big trade with the Texas Rangers on Wednesday evening, adding big lefty slugger Joey Gallo to the lineup. The trade will likely become official on Thursday after the MLB approves, but the Bombers not only added a big player, they also had the majority of his contract paid for this season.

In exchange for Gallo and relief pitcher Joely Rodriguez, the Yankees offered up Ezekiel Duran, Trevor Hauver, Glen Otto and Josh Smith. With the Yankees dipping into their farm system to acquire established players, there was a chance the Rule 5 draft wouldâ€™ve seen alternative clubs steal them regardless during the winter meetings.

However, the Yanks now have a starting outfielder at 27 years old. The former first round draft pick in 2012 is on a one-year, $6.2 million deal. Prior to the acquisition, the Yankees sat just $4 million below the $210 million luxury tax threshold. This is why Texas will be paying the majority of his remaining deal this season, allowing the Yankees to stay below that number.

Adding a bit more financial wiggle room, that has inserted the Yankees back into the mix for Colorado Rockies star shortstop Trevor Story. The financial portion of this deal is great for New York, who traded away players that will likely never see the big leagues anyway.

They have plenty of farm talent to work with, but as they desperately try to make the postseason, theyâ€™re banking their future on it. Considering that Gallo is only on a one-year contract and is preparing to hit arbitration for the third time in 2022, the Yankees will have to find a way to extend him or let him walk in two seasons.

In addition to adding Gallo, Rodriguez is an experienced veteran, having spent the last two seasons in the MLB with Texas. This season, he hosts a 5.93 ERA over 31 games, but posted a 2.13 ERA over 12 games last year during the abbreviated 2020 season. Hopefully, wearing the pinstripes and joining a relatively-winning team will spur better performances.

Cashman traded away Justin Wilson and Luis Cessa to the Cincinnati Reds this past week, so the team is likely in the market for another relief pitcher. Essentially, they replaced Wilson and Cessa with Rodriguez and Clay Holmes from Pittsburgh.