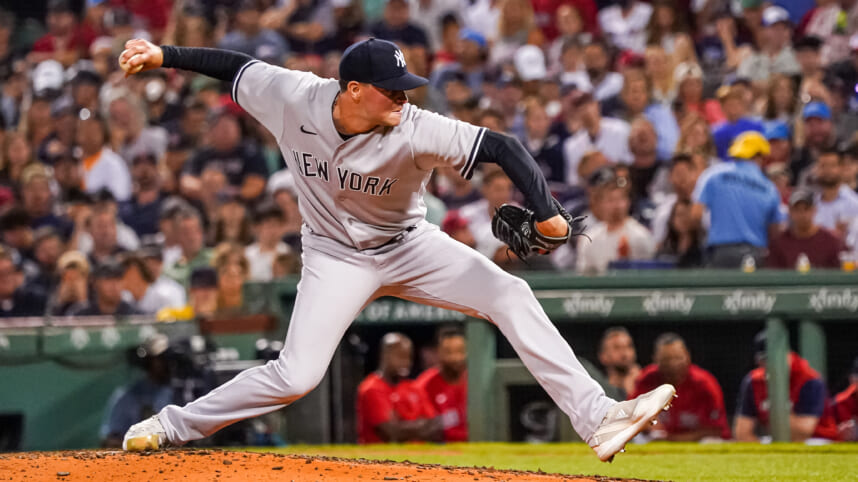 The New York Yankees announced their ALDS roster on Tuesday morning, but a few impact players were left off for a variety of different reasons.

DJ LeMahieu wasn’t included due to a toe injury that has bothered him the past few weeks, and the team preferred to have Marwin Gonzalez over rookie Oswald Peraza given his utility value. However, trade acquisition Scott Effross sustained a season-ending injury that was determined to require Tommy John surgery.

Effross was projected to be one of the Yankees’ linchpin players in the bullpen during the postseason, but he will now watch from the dugout as the team tries to secure their 28th World Series victory.

In his place, the Bombers included Miguel Castro as a part of the bullpen when most believed he wouldn’t make the ALDS roster. Castro features a 4.03 ERA this season with 9.62 strikeouts per 9 over 29 innings.

The flame-throwing relief pitcher will need to step up big in the absence of Effross. Luckily, the team did get back Clay Holmes and Wanda Peralta from injury, at least providing some reinforcements. That is a primary reason why the team included Jameson Taillon as a part of the bullpen, offering them some longevity in the middle innings or in an extra-inning scenario.

Given the nature of Tommy John surgery, Effross will likely miss the entire 2023 season, maybe ramping up toward the end of the regular campaign for a playoff appearance. However, this certainly isn’t an ideal scenario, given the timing and importance of his presence.