Yankees’ top scout compares 1st round pick to Aaron Judge, can he be their next superstar? 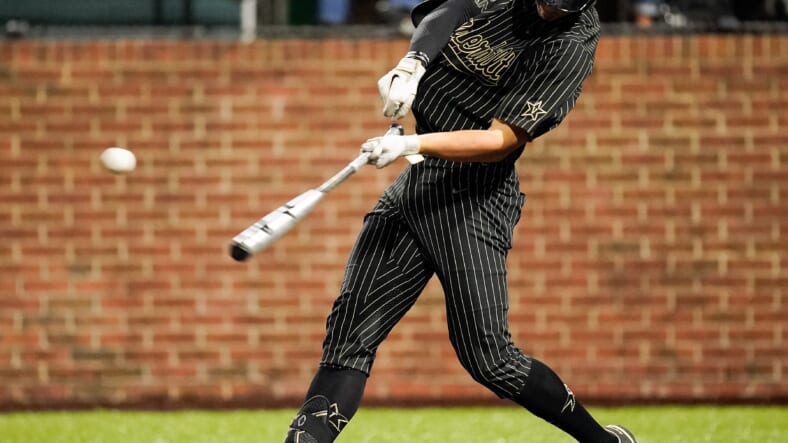 The New York Yankees love their sluggers, which is why it isn’t surprising they drafted Vanderbilt stand-out Spencer Jones with the 25th overall pick in the 2022 MLB draft.

Years ago, the Yankees drafted a player with a similar makeup, Aaron Judge. They landed him with the 32nd overall pick back in 2013, and while their most recent selection has uncanny similarities, they are different players at the end of the day.

“Both guys, if you look at their college stats, have some things they’re very similar,” Oppenheimer told reporters after the draft. “Both guys played at Brewster in the Cape and performed well in both of those places. Both guys played center field in the Cape for Brewster. I think that they both have great makeup, and both were really great athletes. It’s obviously something that people are going to draw attention to, but they’re also different in terms of who they are.”

This past season with Vanderbilt, Jones posted a .370 batting average with a 46% on-base rate. He slugged 12 homers with 60 RBIs over 230 at-bats. Capable of playing multiple positions, the 21-year-old is gearing up to begin his development in the Yankees farm system. Coincidentally, Jones spent 62 games in right field; Judge grew up playing the same position through the Yankees’ affiliates.

However, it is impossible to tell whether Jones will end up as successful, especially as the levels of talent increase exponentially with every affiliate team. Following the mantra, “hit strikes hard” can be a productive strategy. However, it also generates a ton of strikeouts, which can disrupt a player’s growth.

Nonetheless, there’s no question that Jones has the talent to become a phenomenal player down the road. At 6’7″, Jones recorded the hardest hit ball of any collegiate player last season at 119 mph.

With that type of generational power, the sky is the limit for the outfielder. The Yankees officially signed him to his rookie contract with a signing bonus of $2.8 million. That is a nice payday for the youngster.