Yankees struck gold on 2 players in 2022 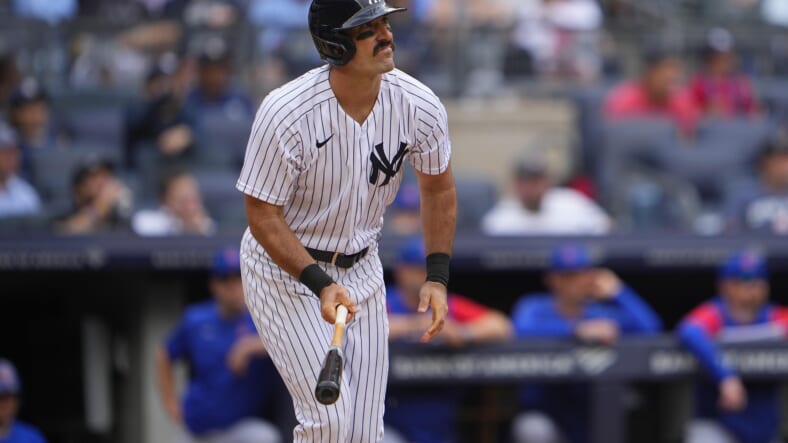 The New York Yankees might’ve been tossed from the playoffs prematurely, but they gained a few valuable pieces for the future in the process. General manager Brian Cashman undoubtedly made a few polarizing moves, some of which flopped embarrassingly, but he did manage to secure a few underrated talents that contributed heavily throughout the campaign.

Yankees catcher José Treviño recently won a Gold Glove for his defensive play during the 2022 season. The 29-year-old is under contract until 2026, and he will undoubtedly remain the Yankees’ starting catcher moving forward. He hit .248 with a 28% on-base rate this past year, hitting 11 homers and 43 RBIs. He set personal bests in the home run, RBI, strike-out rate, and walk rate categories.

Treviño isn’t known for his offensive capabilities but still made a sizable contribution during the regular season. He struggled during the playoffs, hitting .045 across seven games, tallying just one RBI on a sac-fly.

However, considering Cashman landed Treviño for next to nothing, even getting Albert Abreu back later in the season, this was undoubtedly one of the best grabs in 2022. Defensively, Treviño ranked as the best framing catcher in baseball with 17 catcher-framing runs. He also posted the best strike rate at 53.9%.

The fact that the Yankees somehow managed to pluck Matt Carpenter off the Texas rangers Triple-A affiliate is absolutely mesmerizing.

At 36 years old, Carpenter hit .305 with a 41% on-base rate, including 15 homers and 37 RBIs over 47 games. He earned a 217 wRC+, indicating he was 117% better than the average MLB player. His 22.7% strikeout rate was one of the better numbers over the past few years, offering consistent offensive prowess. He struggled during the playoffs, which was expected given he missed weeks of play after fracturing his foot on a foul ball against the Seattle Mariners.

Carpenter is preparing to hit free agency, but given the value, he provided as a designated hitter, the Yankees may consider retaining him on a cheap contract after performing so well during the second half of the year.