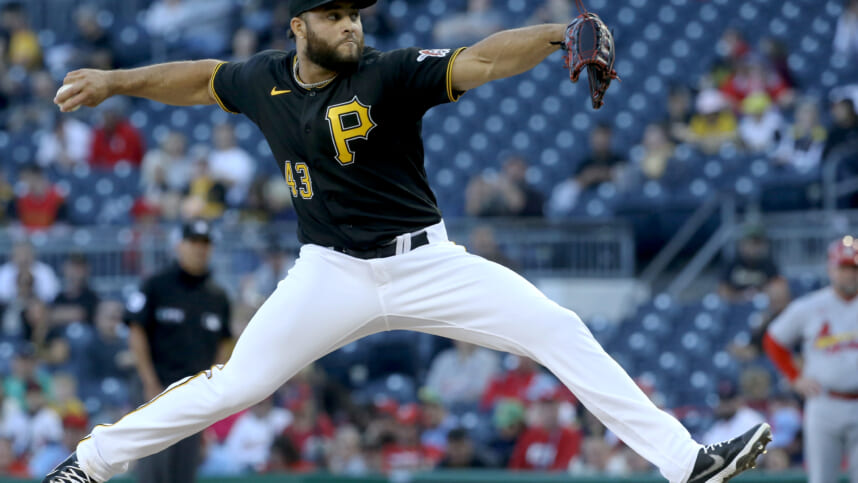 The New York Yankees might’ve lost Stephen Ridings to the New York Mets via waivers, but they did a bit of their own plundering on Friday afternoon, securing Junior Fernandez from the Pittsburgh Pirates, a 25-year-old bullpen arm.

Fernandez has spent the majority of his career with the St. Louis Cardinals, spending 13 games with them in 2022 before heading over to the Pirates, where he featured in three games. Over 18.2 total innings, he recorded a 2.41 ERA, 4.89 xFIP, 6.75 strikeouts per nine, and a 93.3% left-on-base rate.

All in all, Fernandez is a situational arm that could be developed into something decent with more MLB experience.

The 6’3″, 215-pound relief pitcher utilizes a sinker and slider combination. His sinker averages out at 98.7 mph, right up the Yankees’ alley. His slider average is at 88.9 mph, generating a .304 batting average against with a 44% whiff rate.

Clearly, his pitches are hittable, but his velocity is fantastic. If the Bombers can work their magic and provide him with a bit more control, he might be able to serve a purpose.

Unfortunately, he doesn’t get many breaks on his pitches, featuring just 0.5 inches of horizontal movement on his slider, which is -112% worse than the average pitcher. It is not as if his vertical movement is any better at -14% worse than the average. Some would call this a “gyro” slider – higher velocity but less movement, less sweeping. It’s a solid pitch to mix in with a sinker, given the deceptive drop it curates.