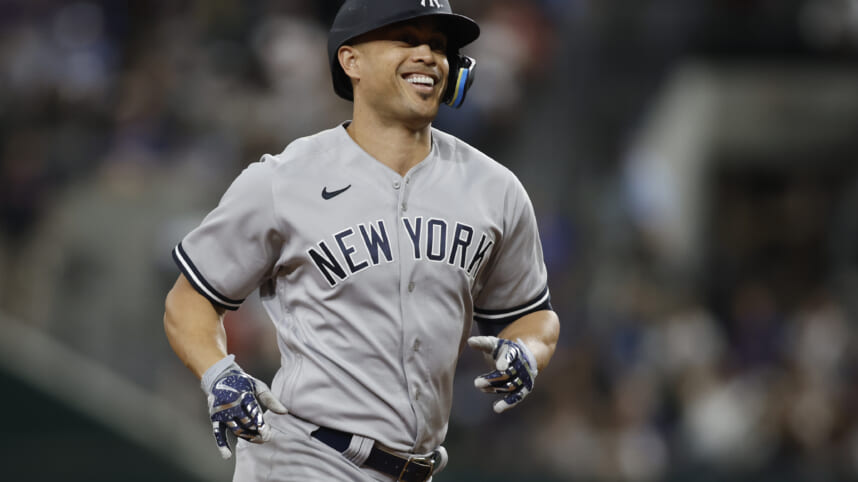 The New York Yankees need to be firing on all cylinders during the playoffs when teams elevate their performances. While there are some remaining concerns in the Yankees bullpen and a few individual hitters lagging behind the rest, the team is in pretty good shape as they prepare for the ALDS with just one game remaining in the regular season against the Texas Rangers.

However, one integral piece to the puzzle is star slugger Giancarlo Stanton, who is had one of his worst seasons to date after dealing with a few injuries.

Stanton is starting to hit his groove after an abysmal September where he hit .143 with a 22.4% on-base rate, four homers, and 11 RBIs. To start the month of October, Giancarlo has hit home runs in three consecutive games, hitting .444 with a 58.3% on-base rate, including three walks and just two strikeouts in nine at-bats.

Having a healthy and productive Stanton during the postseason will give the Yankees a much better chance of winning games. He’s able to change the course of a contest with just one swing off the bat, making him an essential part of the lineup.

Historically in the postseason, Stanton is a monster, hitting .297 with a 37.3% on-base rate across 18 playoff games. He’s smashed nine homers, meaning he hits a home run in every two playoff games, which is simply insane.

Stanton has performed exceptionally well for the Yankees in the playoffs since being acquired in 2018, and considering he’s hitting his stride with just one game left in the regular season, the Yankees couldn’t be happier.

Having dealt with Achilles tendinitis earlier this year, it has taken a while for Stanton to get back in the groove and feel comfortable. Given the 32-year-old slugger isn’t featuring in any defensive alignments, the team needs him to produce in the batter’s box as a designated hitter. If he’s struggling, I wouldn’t be surprised to see Matt Carpenter get a few reps, especially in advantageous matchup scenarios.