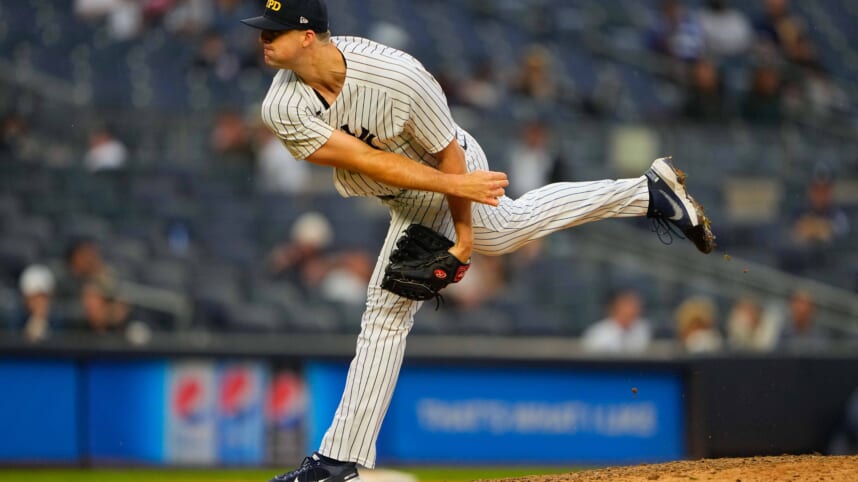 The New York Yankees have consistently been getting healthier over the past few weeks, returning DJ LeMahieu on Friday against the Baltimore Orioles. However, manager Aaron Boone stated that star closer Clay Holmes was dealing with a shoulder strain in his right arm, sustained against the Toronto Blue Jays on Monday.

“The first game in Toronto, I just felt a little more than normal soreness,” Holmes said after the Yankees’ 2-1 loss to the Orioles on Friday night. “I was able to pitch with it, but it’s a spot where maybe I felt like I wouldn’t be quite as effective the next inning. It’s nothing too worrisome, but where we are in the season and with the workload that’s coming, we want to play it smart before the postseason.”

Holmes, who has been a bit inconsistent as of late, had an MRI just to be cautious, revealing a strain that required a cortisone injection. There is no guarantee that the veteran bullpen arm will be available for the first game of the ALDS, which will start on October 11.

The Yankees need the best version of Clay Holmes:

However, giving him some rest could go a long way in helping him get back to his normal self. Holmes features a 2.54 ERA, 2.90 xFIP, 9.19 strikeouts per nine, and a 74.4% left on-base rate across 63.2 innings this season. He has outperformed his previous years by a significant margin, but he struggled considerably in July and August, dragging his numbers back to earth.

There is no doubt that Holmes will play an integral part in the Yankees’ postseason strategy, but they need him at 100% health so they can consistently rely on him.

Boone believes that it’s a long shot for Holmes to make an appearance over the next few games, requiring a ramp-up until he’s able to perform in the playoffs.

“I would say he’s unlikely to get into one of the last six [regular-season] games,” Boone said. “It’s a concern, but I feel like we’re trending in a good direction. I think the biggest thing for us is, is he going to be ready for those first two games in the Division Series? That’s kind of the timeline it seems like we’re on right now.”