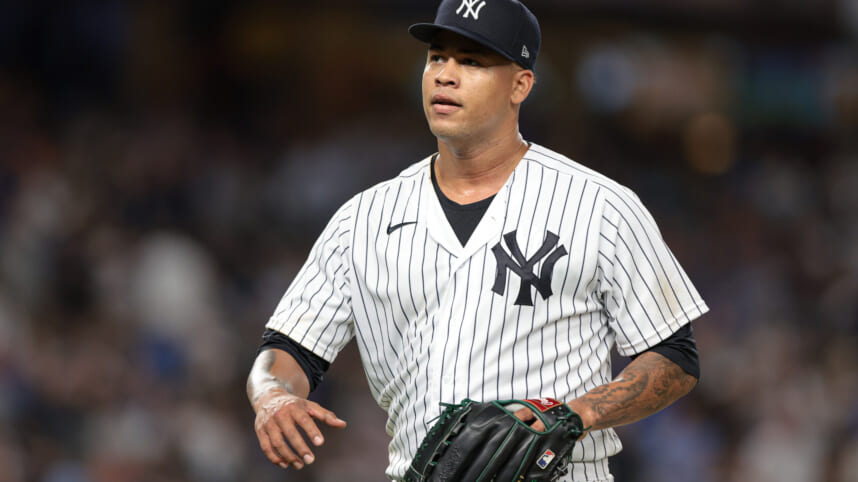 The New York Yankees are getting healthier with every passing day, but the team announced on Saturday afternoon that starting pitcher Frankie Montas would be heading for an MRI after feeling something in his shoulder following Friday night’s game.

Montas struggled in his eighth start with the Yankees, giving up four earned runs over 3.1 innings of action. In fact, he’s giving up eight earned runs in his last two games combined, hosting a 5.14 ERA in the month of September. He struggled even more in August, featuring a 7.01 ERA, allowing 20 earned runs and five homers across 25.2 innings.

Per Meredith Marakotivs of YES Network:

Montas said he felt a little bit of an impingement in his shoulder when he woke up yesterday. Not as bad as shoulder issue from earlier this season. He had trouble staying loose throughout the game…but felt it more after. He’s optimistic he can still make next start.

The Yankees are certainly holding their breath:

Losing Montas would be an unfortunate blow for the Yankees, especially after giving up a decent haul to acquire him from the Oakland Athletics. He hasn’t lived up to his potential just yet, as the 29-year-old featured far better numbers with the Athletics across 104.2 innings. He posted a 3.18 ERA, 3.21 xFIP, and 9.37 strikeouts per nine.

If the MRI comes back with bad news, the Yankees will undoubtedly shut him down for the rest of the regular season, but he’s holding out hope that the issue isn’t anything too serious.

As aforementioned, the slight impingement doesn’t seem to be season-ending, so maybe skipping his next start could go a long way toward ensuring he’s 100% for the postseason.