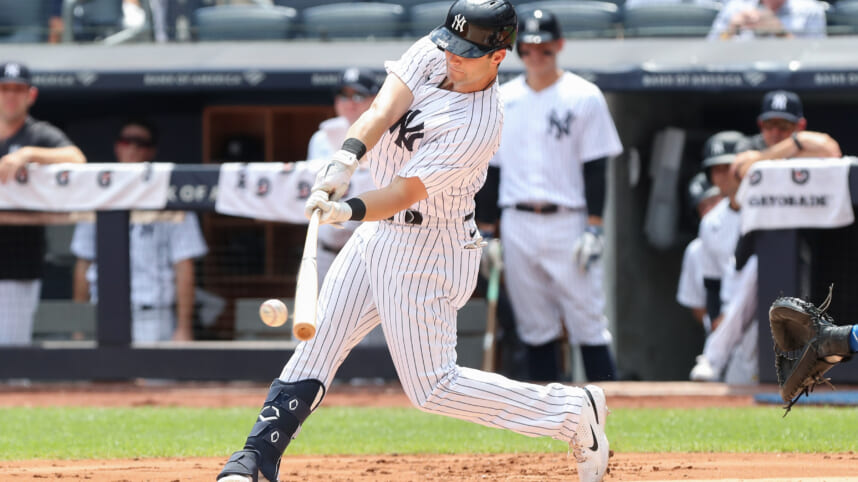 After losing the first three games of a four-game series against the Toronto Blue Jays, the New York Yankees snuck away with a finale win on Sunday afternoon.

The Yankees emerged victorious 4–2, thanks to a fantastic starting pitching performance from Nestor Cortes, who lasted 6.0 innings, giving up just three hits and one earned run. He tossed 103 pitches, including 71 strikes, lowering his ERA to 2.68 on the season with a 0.98 whip, ranking 9th best in all of baseball.

The Yankees needed one big moment to push them toward victory:

Offensively, the Yankees struggled once again to get much going, but against Alek Manoah, one of the best young pitchers in baseball, they tallied two runs over 6.0 innings.

However, it wasn’t until Andrew Benintendi launched a 2-run blast in the bottom of the 7th inning, driving in Jose Treviño, when the Yankees truly took a relaxing lead.

With the way the Bombers have been performing lately, a 2-run lead hasn’t provided much solace. Luckily, they were able to stifle any Toronto opportunities late in the game, giving up just five total hits.

The Yankees did record 12 strikeouts of their own, but 2-hit performances from Benintendi and DJ LeMahieu pushed them over the edge.

Aaron Boone and his squad will look ahead toward a two-game series against the New York Mets to start the week on Monday.

They will face off against Max Scherzer and then Jacob deGrom, two of the best pitchers in baseball. The Yankees simply can’t get a break lately, but if they can tally a few runs off the Mets’ aces, they’ll feel better about themselves going into a four-game series against the Oakland Athletics.