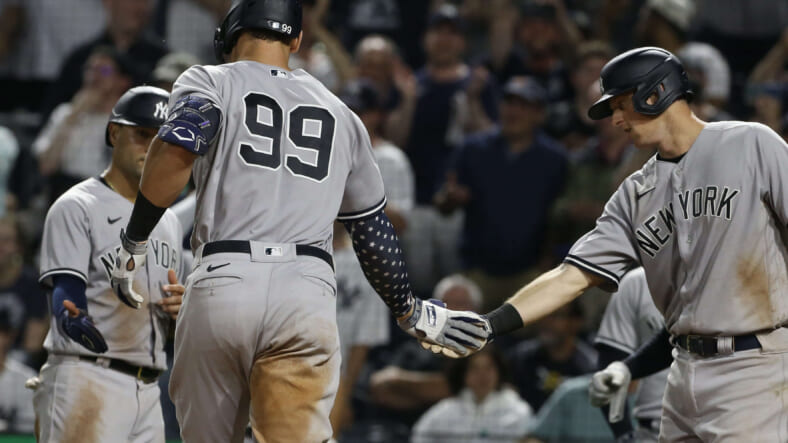 The New York Yankees put on an offensive show against the Pittsburgh Pirates on Wednesday evening. After falling to Pittsburgh 5–2 on Tuesday with Jameson Taillon on the mound, starting pitcher, Luis Severino was dominant over 6.0 innings.

Severino tossed 88 pitches with 58 strikes, striking out three batters and giving up four hits. He lowered his ERA to 3.11 on the season. The 28-year-old starter has had a resurgent 2022 season after rehabilitating from Tommy John surgery last year. He’s averaging out at 96.2 mph on his fastball — opposing hitters are recording just a .208 batting average against it.

However, the offense was the real catalyst in the Yankees’ win over Pittsburgh in the final game of a two-game set. The Bombers scored 16 runs, courtesy of two Grand Slams. Aaron Judge launched the first Grand Slam in the top of the 8th inning. Aaron Hicks followed him up in the top of the 9th with one of his own.

The top of the Yankees batting order was ferocious, with DJ LeMahieu and Aaron Judge combining for six hits and six RBIs. Judge recorded his 30th homer of the season, featuring a .972 OPS, ranking 5th in Major League Baseball.

With owner Hal Steinbrenner indicating the team is desperately trying to keep Judge in pinstripes for the long run, his performance on Wednesday is just another example of how integral he is to the team’s future success.

The Yankees bounced back in a hurry to finish the series against Pittsburgh. They will now travel to Boston, participating in a four-game series with Gerrit Cole on the mound Thursday night. Boston will feature Josh Winckowski, who hosts a 3.12 ERA this season over 26 innings pitched. Winckowski has given up two runs in each of his last three starts, so the Yankees have a good opportunity to secure a series-opening win in Boston.