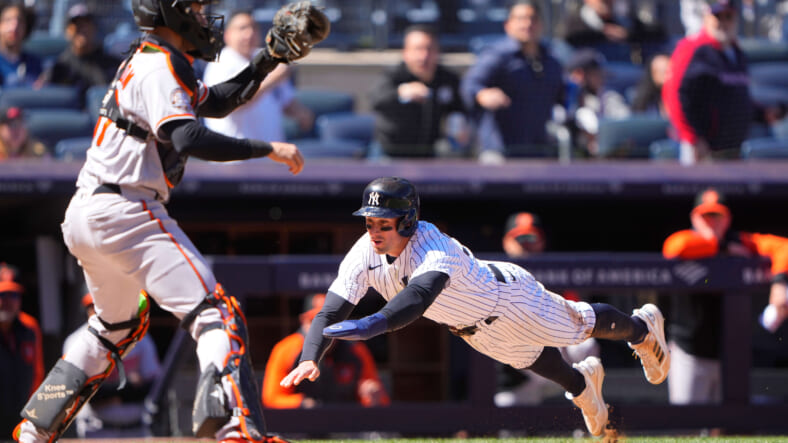 New York Yankees general manager Brian Cashman is hard at work setting the table for a busy off-season. Whether it be trades to bolster specific position groups or offloading some big contracts, Cashman has his hands full, let alone the potential contract extension for star slugger Aaron Judge.

However, the Yankees made a few smaller moves on Thursday afternoon, adding two pitchers to the Major League roster and watching one speedy outfielder hit free agency.

Right-handed pitcher Jhony Brito is a 24-year-old prospect with the Yankees, pitching 70.2 innings with Triple-A Scranton this past season. He logged a 3.31 ERA, 6.75 strikeouts per nine, a 75.6% left on-base rate, and a 54.4% ground ball rate. He served a great purpose as a bullpen arm and could get an opportunity with the Yankees next season, especially with a few injuries bogging down the bullpen.

Matt Krook, 28 years old, logged a 4.09 ERA over 138.2 innings with Scranton this past year. He earned 10.06 strikeouts per nine, a 74.5% left-on-base rate, and a 55.7% ground ball rate. Krook is a solid young pitcher with upside, despite a few inconsistent performances.

Aside from Brito and Krook, the Yankees lost Tim Locastro, who elected free agency. He played in 38 games this season for the Bombers, making a few appearances during the playoffs as well. He posted a .186 average with a 24% on-base rate, including two homers and 13 runs. At 29 years old, Locastro serves as a solid outfielder and speedster on the base paths but is an otherwise underwhelming offensive contributor.