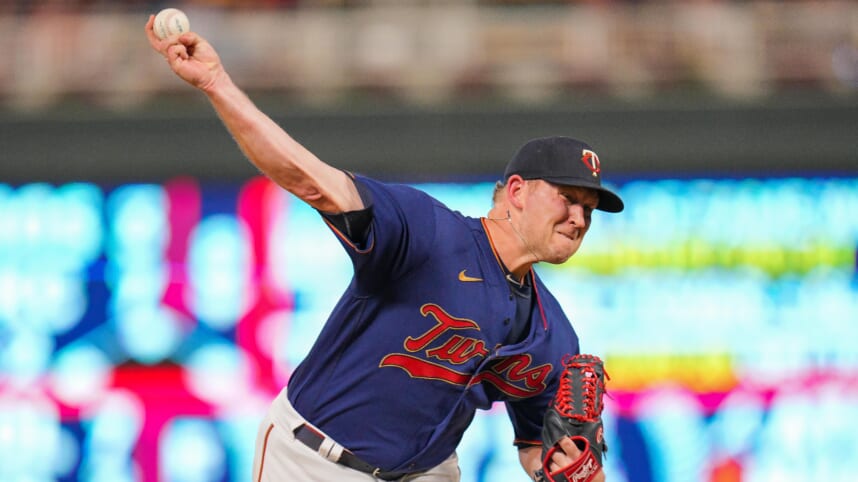 The New York Yankees have signed several pitchers over the last few days, notably Anthony Banda and Chi Chi Gonzalez, on Tuesday afternoon, with Banda the only one enjoying any action up to this point.

While Duffey is having a down year, for the most part, he was stellar in 2020 and 2021. He featured a 1.88 ERA over 24 innings during the covet abbreviated season and a 3.18 ERA last year over 62.1 innings. He spent eight consecutive seasons on the Minnesota Twins, a team the Yankees have familiarity with, considering they stole their hitting coach, Tanner Swanson.

What is Tyler Duffey bringing to the Yankees?

Duffey utilizes a curveball, 4-seam fastball, sinker, and change-up on occasion. His primary two pitches are his curve and fastball.

Clearly, his quality has degraded a bit from last season, but at 31 years old, there’s nothing that stands out significantly as a negative variable. He’s been utilizing his sinker a bit more frequently than his 4-seam and curve, which may be impacting his numbers.

Although, opposing batters are hitters .207 against his sinker, which he’s throwing 14.9% of the time. It is possible that pitching coach Matt Blake has identified this pitch as a quality one and wants to extrapolate. Duffey’s sinker produces 24.4 inches of vertical drop, averaging 9% better than pitchers across the MLB.

This is certainly an interesting signing for the Yankees, who clearly are looking to mitigate some fatigued down the stretch.

Against the Los Angeles Angels on Tuesday, they utilized six bullpen arms after Jameson Taillon was knocked out after the second inning. They mostly looked efficient, but adding a bit more support couldn’t hurt.

Aside from one rough outing in July, Duffey was solid, giving up four earned run over 8.1 innings of action. Three of those earned runs came in the same game against San Diego, so it is clear he can put together successful innings at a decent clip.