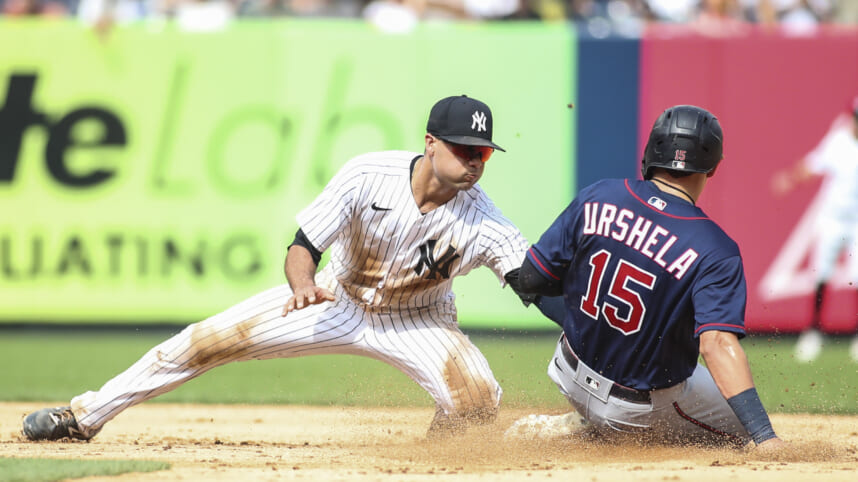 New York Yankees shortstop Isiah Kiner-Falefa has had a tumultuous experience ever since being traded from the Texas Rangers to the Bronx. In fact, IKF had a somewhat intense adventure before the season even began, being traded to the Minnesota Twins from Texas and then immediately sent on his way to New York, his childhood club.

Joining the Yankees likely felt like a dream come true, but it wasn’t until fans began to throw insults at him from every direction that he began to feel the pressure of playing in the biggest sports media market in the world.

The Yankees got value out of Isiah Kiner-Falefa as a stopgap at shortstop:

At 27 years old, IKF is coming off a solid season with Texas, hitting .271 with a 31.2% on-base rate, including eight homers and 53 RBIs. Most viewed him as a solid addition to the infield, but he struggled to a degree defensively, specifically regarding routine ground balls.

The social media hate that IKF experienced was hostile, and to his own demise, he read every piece of it. One can only imagine what that would do to a player’s psyche over the course of a season, but he did his best to avoid the noise, given the respect he was receiving in the clubhouse.

A lot of ups and downs. It was a great learning experience. I was dealing with a lot of adversity and felt I was able to come through when I needed to. But at the same time, I took the bumps and the bruises right in the head and learned from them. I think a big thing was me not running away from my struggles and really understanding what I need to do to get better. I felt I was able to hone it in and take care of my mental side.

Having failed to offer much in the home run category and botched a few routine plays, Kiner-Falefa began to experience the hardships of playing in a very vocal market.

He began to let the demons in, doubting himself and his capabilities despite knowing how much talent he contains.

Yeah, I think that’s just learning and understanding that it’s not easy to play in New York. But at the same time, I think when you allow all that to creep in …

However, with the 2022 regular season finally concluded and the playoffs beginning on Tuesday night, Kiner-Falefa has an opportunity to rewrite the story and put his best foot forward when it matters most.

All is forgotten if a player excels during the playoffs, and that goes for anybody struggling during the regular season. Luckily for IKF, he finished the regular campaign on a good note, hitting .273 with a 34% on-base rate in the month of September with three homers and 10 RBIs. He played in four games in October, struggling a bit over a small sample size, which is easy to disregard.

Nonetheless, this isn’t the first time a Yankee player has expressed their concern over the hostility fans display. Slugger Joey Gallo mirrored a similar mentality after he departed to the Los Angeles Dodgers at the trade deadline in August.