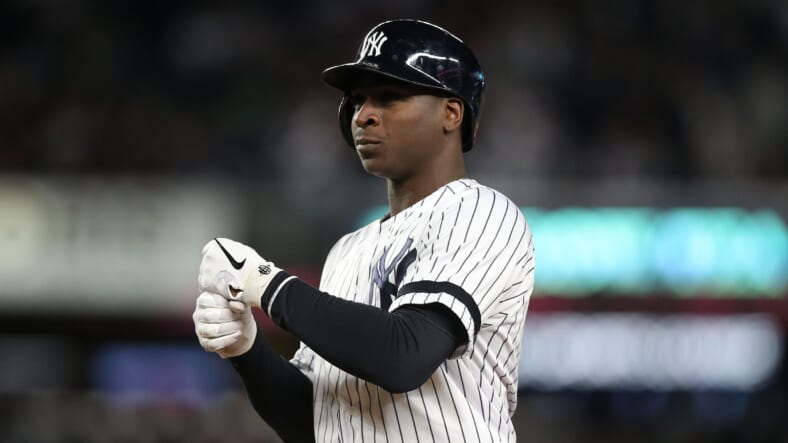 As the New York Yankees navigate the off-season with DJ LeMahieu as their priority, the expectations are that the club stays frugal in their pursuit of free agents.

General manager Brian Cashman has made it clear that LeMahieu is the primary target, but his representatives have indicated that they will begin listening to other offers as the Yankees stall negotiations.

In the scenario that DJ moves on from the Yankees, they will have to find a supplement at second base, or rather shortstop. The assumption is that Gleyber Torres will move back to his familiar position, and the Yankees could reunite with an old friend who took his talents to Philadelphia in 2020.

â€œAll I can say is I had a really good time playing there [New York]. But at the end, itâ€™s in their hands. Who knows whatâ€™s going to happen in the future with LeMahieu or with the Yankees and all that stuff? Theyâ€™re making their decision of what they plan to do.â€

It is clear that Gregorius would love to reunite with the Yankees after having a fantastic season with the Phillies this year. He finished the campaign with a .284 batting average, 10 homers, and 40 RBIs. He recorded a career-low 11.8% strikeout rate and played in all 60 games, alleviating any concerns of injury.

Didi underwent Tommy John surgery in 2019, missing the first half of the season, but he did return an impressive form, hitting 16 homers and logging a .276 on-base percentage. His 2020 statistics were simply fantastic, though, and he would bring better defense to the team over Torres.

Aside from Gregoriusâ€™ obvious connection to the Yankees, their fans still hold him in high regard. The mentality he brought to the team and positive emotion he displayed made him a fan favorite, and he still has immense respect for those that still follow him in his endeavors.

â€œI still get (Yankee fans) commenting on stuff that I post on Instagram or on Twitter. It just makes them happy if you go out there and give it your best. I think fans can actually see that youâ€™re not being nonchalant and playing hard.â€

Of course, most would welcome Gregorius back with open arms, especially after the season he enjoyed in 2020. However, the length of a deal would be a big question, and if the Yankees lose out on DJ, supplementing his loss would take an army of players.