Yankees ride home-runs to victory in series opener against Twins 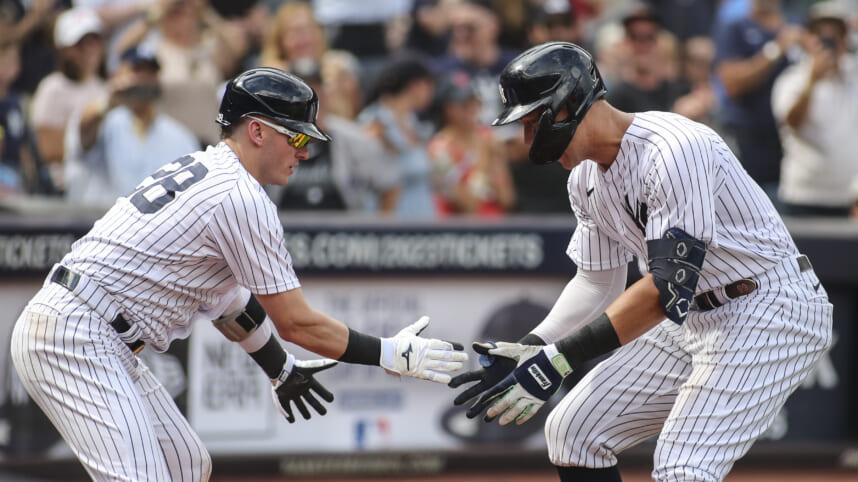 The New York Yankees have won two consecutive games, stealing the series finale against the Tampa Bay Rays and taking the first game of a four-game set against the Minnesota Twins on Monday afternoon.

After losing six of their last eight games, it seems as if the Yankees have turned a corner, enjoying another solid starting pitching performance from Jameson Taillon, who gave up six hits and two earned runs over 5.0 innings.

A monster 473-foot homer from Gary Sanchez tied the game in the fifth inning, but star slugger Aaron Judge answered right back in the bottom of the sixth.

After Judge roped a double to right field in the first inning, eventually being driven in by Josh Donaldson, he tallied another homerun to his total. Judge smacked a 404-foot homer to left field, driving in Gleyber Torres and advancing the Yankees’ lead 4–2. One inning later, an unlikely home run producer, Isiah Kiner-Falefa, snuck a long ball inside the left field post, traveling 370 feet and adding to the Yankees’ lead.

The Yankees needed to show off some firepower:

On the afternoon, the Bombers hit three homers, with Marwin Gonzalez also getting into the mix in the bottom of the third inning with a 364-foot homer to right field. Altogether, the team contributed seven hits, striking out just six times.

The bullpen was solid, despite Greg Weissert walking two batters and in the seventh inning before handing the ball over to Wandy Peralta, who seamlessly struck out two batters over 13 pitches. Clay Holmes secured the save, striking out two batters in the bottom of the ninth to cement the Yankees’ 81st one of the season.

The Yankees held a slim four-game lead in the AL East to start the weekend, but they said 5.5 games above Tampa Bay. If they lose against the Boston Red Sox on Monday evening, they will have a six-game lead.

Considering how difficult it has been for the Yankees to hit home runs lately, smacking three against the Twins was a great way to start the homestead.