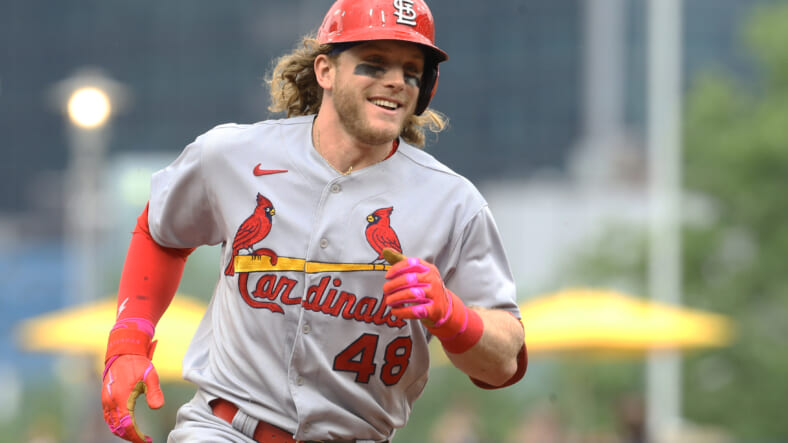 Hader had worn a walking boot for weeks, but he’s finally ramping up to 100% today, according to manager Aaron Boone.

“Harrison is doing well,” Boone said. “He’s going to do a full ramp up today.”

Bader ran at 85% capacity last week, but the Yankees are targeting a September 13 rehab assignment which could be moved up if he responds well over the next few days.

Once he begins rehab at the minor-league level, he could return to the Yankees squad after just a few games of action, but they will remain cautious with the acquisition, who is expected to make a significant impact defensively for the Yankees come the playoffs.

What Harrison Bader will contribute to the Yankees:

However, he has stolen 15 bases, tying his career high from 2018. He does feature a career-low 17.8% strikeout rate but hasn’t walked as much at 4.9%, showcasing a bit more aggressiveness in the batter’s box.

Last season, Bader recorded 15 defensive runs saved above average but sits at -2 this year. If he is 100% healthy, he will immediately start in center, shifting Aaron Judge back to right field. However, with Benintendi expected to miss a few weeks at the very least, the Yankees may have a problem in LF.

They could start Oswaldo Cabrera in LF, who has already tallied six defensive runs saved above average, supplanting Aaron Hicks, who is in line to start more frequently. Tim Locastro got the start on Monday, but it will likely be a “hot-hand” situation, or “lukewarm.”

Nonetheless, Bader’s return presents the Yankees with another option in the outfield, a position that is burdened by injury and inconsistency, aside from Judge and his MVP-caliber season.