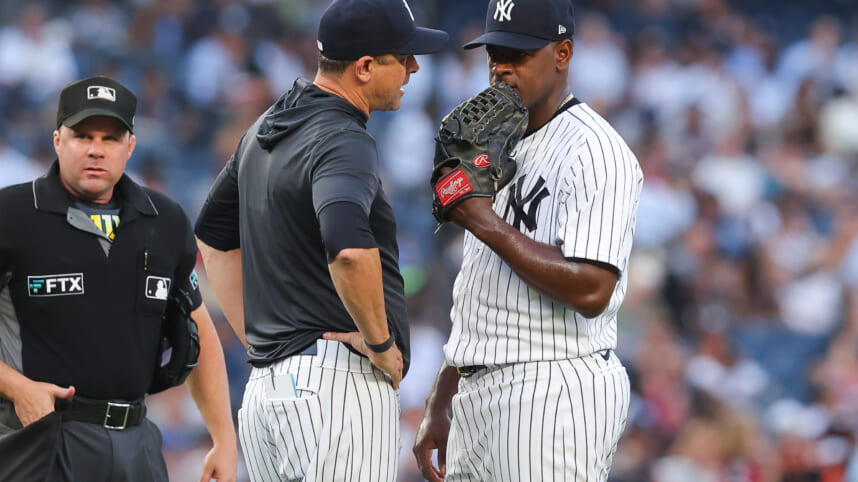 Despite the New York Yankees announcing that DJ LeMahieu was dealing with a toe injury that will keep him out for a few days, the team is ultimately getting healthier after suffering significant blows over the past few weeks.

Several days ago, slugger Matt Carpenter fouled a ball off his left foot, causing a fracture. His timetable for return is 6–8 weeks, meaning he could return just before the postseason begins.

However, the Yankees are patiently waiting for starting pitcher Luis Severino to make a comeback after being placed on a 60-day injured list with a shoulder issue. He’s making fantastic progress, having tossed a 25-pitch bullpen session on Monday.

The Yankees finally have the old Severino back:

Following three seasons of disappointing injury-prone play, Severino has finally bounced back, tossing 86 innings of ball this year with a 3.45 ERA and 3.47 xFIP. He’s recorded 9.94 strikeouts per nine, an 81% left on base rate, and 43% ground ball rate. His 15.6% HR/FB ratio is a bit high, but otherwise, his velocity has returned to adequate levels, and he’s featured as a reliable option in the starting rotation.

Severino only pitched two innings against the Cincinnati Reds on July 13 before leaving with shoulder discomfort. He gave up three home runs in that short time span.

However, he was coming off a dominant performance against the Pittsburgh Pirates, tossing six innings and allowing just four hits and zero earned runs. He generated 10 ground balls in that game.

Severino is scheduled to make a return prior to the start of the playoffs, but the Yankees aren’t exactly sure how they will utilize him.

They could inject him as the No. 3 starter in the rotation, but Nestor Cortes will likely earn that spot. Alternatively, he could be an elite bullpen arm, helping supplement any starting pitching deficiencies and support the team in high leverage situations.

His 60-day injured list spell seems to be more of a phantom situation than anything. Giving him sufficient time to recover while using the roster spot elsewhere seems to be a purposeful strategy. Hopefully, he can return to make a significant impact at 100% capacity.