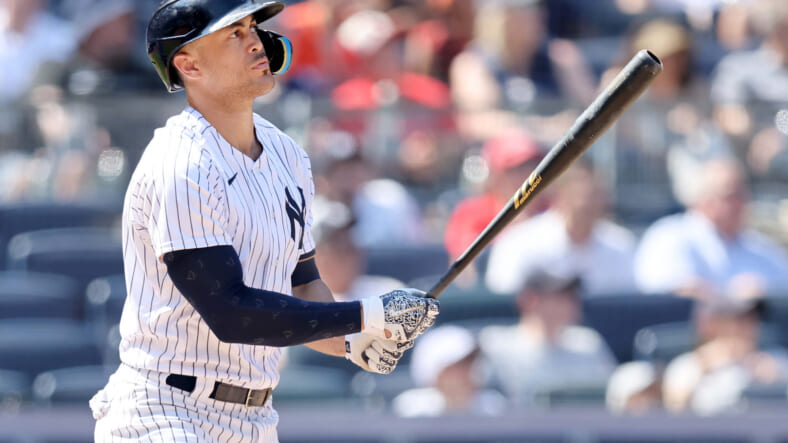 The New York Yankees have lost eight of their last nine games, with their most recent coming after closer Clay Holmes blew a save in the bottom of the 9th against the Boston Red Sox. During this ice-cold streak, the Yankees have been without several impact players, including star slugger Giancarlo Stanton.

Not having Stanton has proven to be a significant loss for the Yankees, who have utilized Josh Donaldson in the cleanup spot this season to supplement.

While Donaldson is hitting .261 with a 33% on-base rate as the cleanup hitter, it doesn’t even closely resemble how dominant Stanton was.

On the season, Stanton is only hitting .228 with a 31% on-base rate, but he’s launched 24 homers with 61 RBIs over 328 plate appearances. The more continuity Stanton receives, the better his number usually look, and he’s been dealing with several injuries that have disrupted his flow this year.

The Yankees will likely be without Stanton for at least a little while longer:

Manager Aaron Boone stated on Friday that there’s still no timetable for Giancarlo Stanton to return, despite reports indicating he could be back this weekend.

Fighting off Achilles tendinitis, Stanton hasn’t even begun running the bases yet, which is a good indication he’s likely at least a week away from returning to the baseball diamond and contributing as an offensive threat.

At this point, it seems likely that the Yankees try to keep him out of the outfield, preserving his body so he can contribute as a batter during the postseason.

The Yankees are expected to get back several impact players for the playoffs, but it will be interesting to see how management utilizes them all. Both Matt Carpenter and Stanton will likely fill the designated hitter role, but leaving Carpenter out of the lineup on a daily basis seems like a poor strategy considering his production this year.

Nonetheless, the Yankees have a few big decisions to make in the coming days, especially as their struggles continue to mount.