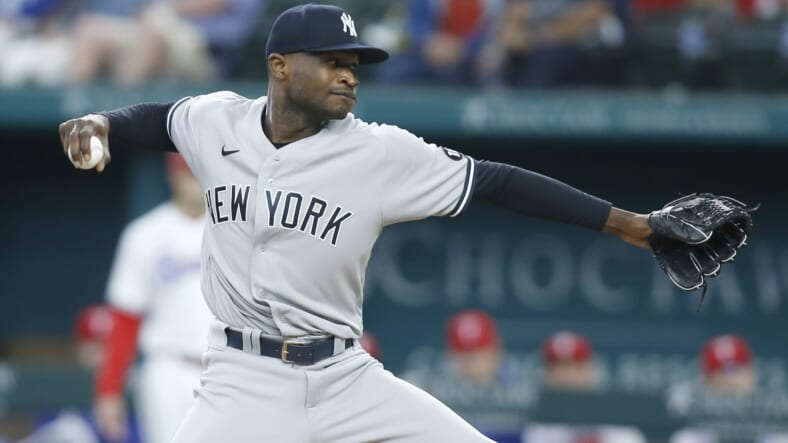 German currently hosts a 3.05 ERA, and after starting the season with a few disappointing performances, heâ€™s finally found his groove, allowing just six hits over 7.0 innings against Texas in the victory. He struck out five batters and didnâ€™t walk a single one, giving the relief pitchers an easy way out of the final 2.0 innings of the contest.

However, the Yankees learned something huge over the past two games: Their starting pitching rotation is sufficient.

Currently, they have Gerrit Cole hosting a 2.03 ERA, the best of his entire career. Of course, it is over a smaller sample size, but heâ€™s already performing far superior compared to his 2020 outing over just 12 games. In nine games, not only does he have a 2.03 ERA, but he also hosts a 1.63 FIP and is tallying 13.26 strikeouts per nine. Heâ€™s walking just 0.78 batters per nine and allowing 0.78 home runs per nine. That is the best rate heâ€™s earned since his 2016 season.

Ultimately, Cole is pitching lights out and continues to impress after signing a massive contract with the Yankees last year. Gerrit is like fine wine, he gets better over time, and the occasional long-ball he allows is 100% worth his incredible ERA and elevating attributes.

This season, his fastball is averaging 97.4 mph, the highest itâ€™s been his entire career. In fact, most of his pitches are seeing slight increases or are hovering at the same level compared to past seasons.

Having a bonafide number one is an incredible feeling for Yankee fans, and considering German sits at the bottom of the rotation and is playing this well, it should breed optimism. German has four wins on the season, having allowed just three runs over his last three games. He has struck out 18 batteries in that same time frame.

If Jameson Taillon can reach his potential and shake off the injuries he dealt with in the past, the Yankees will have one of the best starting rotations in baseball, which is a major development for a team that struggled in that category the past few seasons.